Manchester United midfielder Bruno Fernandes has topped the form chart after converting his match-winning penalty against West Brom with a retaken attempt, having scored twice and assisted in the 3-1 win at Everton a fortnight ago. 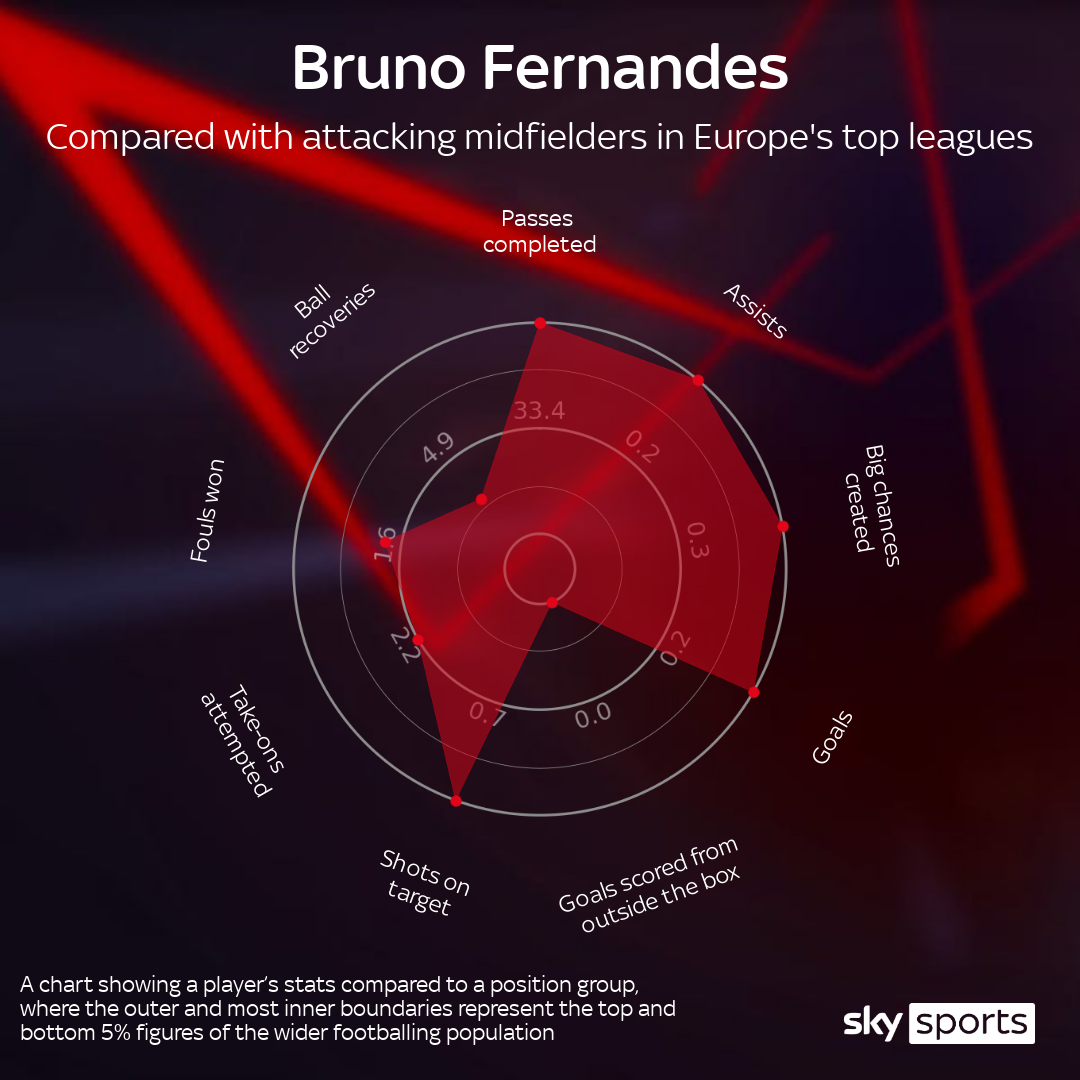 Southampton captain James Ward-Prowse led the pack going into the international break but slipped into runner-up spot after a 1-1 draw at Wolves, recording team-topping numbers for possession won, touches and crosses.

Dominic Calvert-Lewin (No 3) soared back into the upper rungs of the form chart with a double during Everton's 3-2 win over Fulham, extending his season tally to a chart-topping 10 goals.

Tottenham stopper Hugo Lloris (No 4) made five saves to keep a clean sheet in the 2-0 win over Manchester City and leapfrog in-form team-mates Harry Kane (No 5) and Heung-Min Son (No 8) in the rankings.

Tammy Abraham scored for the second league game running in his third successive start as Chelsea cruised to a 2-0 win at Newcastle, with team-mates Kurt Zouma (No 10) and Hakim Ziyech (No 11) also in impressive form.

Lukasz Fabianski (No 6) made a string of saves to help West Ham claim three points at Sheffield United, while Diogo Jota (No 9) stepped up to the plate once again as injury-ravaged Liverpool cruised to a 3-0 win over Leicester.

Notably, Jack Grealish slipped out of the top 10 for the first time this season after the latest round of fixtures - but still retained his chart-topping standing at Aston Villa.

The third episode will air on Friday, December 4, with repeats over the weekend and on-demand, and will run throughout the first four months of the Premier League season.

Do the Premier League's statistical leaders make the cut in this month's XI, or do the fans' favourites earn starting berths? Tune into Sky Sports Premier League to find out...