Figures show the Premier League is richest in the world

The Premier League is the world's richest division after achieving record revenues and profits in 2013/14, with clubs generating nearly £3.3billion through the year.

Deloitte's review of football finance show that Premier League clubs generated £3.26bn, an increase of 29 percent on the previous year, and recorded record operating profits of £614m and record pre-tax profits of £187m.

According to the figures, 19 Premier League clubs posted an operating profit and 14 showed a pre-tax profit as well.

The average revenue of each club stood at £163m with 58 percent of that being spent on wages, which is the lowest figure since the 1998/99 season.

Manchester United had the highest revenue of £433m, while Cardiff City, who finished bottom of the table, recorded revenue of £83m. Tottenham Hotspur recorded the highest-ever pre-tax profit of £80m.

The figures showed that Premier League revenue was £1.4bn more than the next highest earning league, the Bundesliga, with the combined revenues of the 'Big Five' leagues (La Liga, Ligue 1 and Serie A) standing at £9.5bn in 2013/14, a rise of 15 percent.

Dan Jones, partner in the Sports Business Group at Deloitte, said: "The impact of the Premier League's broadcast deal is clear to see. Broadcast income increased by £569m in 2013/14, accounting for 78 percent of the overall growth in revenue in the Premier League.

"Continued growth in both commercial and match-day revenue helped Premier League clubs' combined revenues reach £3.2bn, a staggering increase of £735m compared with the season before. 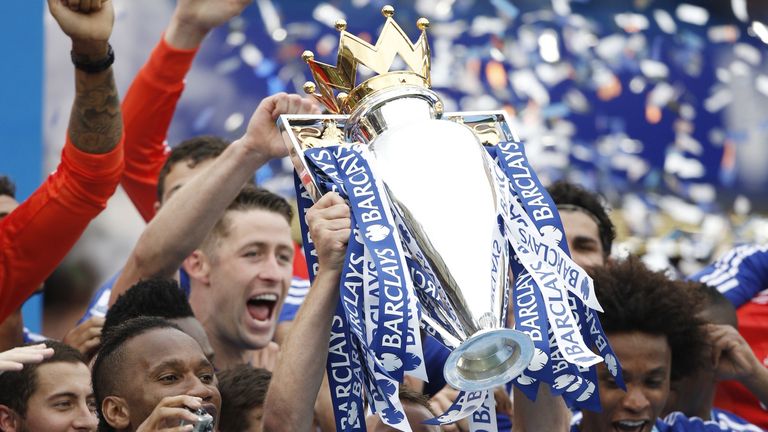 Following recent announcements of commercial deals for a host of the largest clubs, we expect the Premier League to surpass the Bundesliga in commercial revenue terms and hence lead the world in all three key revenue categories from 2014/15.

"In 2013/14, even the Premier League club receiving the least from domestic league broadcast distributions earned more from this source than all but five other European clubs.

"Following recent announcements of commercial deals for a host of the largest clubs, we expect the Premier League to surpass the Bundesliga in commercial revenue terms and hence lead the world in all three key revenue categories from 2014/15."

While the Premier League surpassed the Bundesliga as Europe’s most profitable league, clubs in France’s Ligue 1 generated a combined operating loss of 140m euros, which was 137m euros worse than 2012/13.

Elsewhere, the figures revealed that the total owner investment at both Chelsea and Manchester City topped £1bn at each club since their respective takeovers, while Premier League clubs reduced their aggregate level of net debt by six percent to £2.4bn.

Nine clubs improved their net debt/funds position over the course of the season, with Arsenal, Aston Villa and Tottenham Hotspur responsible for a combined reduction of £205m in net debt.

Despite reduction in debt by some clubs in the top flight, the total transfer expenditure for the 92 English League clubs in 2013/14 topped £1bn for the first time, a record which has already been surpassed by transfer activity in the 2014/15 season.

The top 92 professional clubs contributed around £1.4bn in taxes in 2013/14, while capital expenditure by all 92 totalled £280m, representing the highest-ever level of investment in stadia and facilities.

In 2013/14, the Scottish Premiership saw an £11m drop in total revenues, which was an eight per cent reduction.

Celtic accounted for over half of both the total revenue and total wage costs, generating £64m in revenue, while the other 11 clubs in the league generated an average of around £6m.