Jose Mourinho laid into his Manchester United players following the 1-0 defeat by Brighton, and said some of his stand-in players proved why they are not picked every week.

Anthony Martial and Marcus Rashford started at the Amex Stadium on Friday Night Football, with Romelu Lukaku and Alexis Sanchez not involved, but both struggled to influence the game as Pascal Gross' header secured Brighton's Premier League survival.

Paul Pogba also put in a below-par performance, among several others, but Mourinho reserved his criticism for the replacements, without naming names.

There have been several calls for England forward Rashford to start in more games after his playing time was reduced following the arrival of Sanchez, while Martial has started 17 Premier League games this term.

"So maybe now you understand why some players play more than others, and you don't ask all the time why A, B and C don't play more."

Asked if he was disappointed with the showing, Mourinho added: "I wouldn't say disappointed, because I know them, but I thought for some of them the possibility to start the game, to give reason to the ones who all season have been critical towards my choices.

Get MUTV half price

Man Utd fans, get closer to the club you love with half price MUTV. Just £3.50 a month for 12 months

Mourinho's United should finish second in the Premier League, barring a complete collapse in the final two games, in his second season at the club before the FA Cup final against Chelsea later this month. 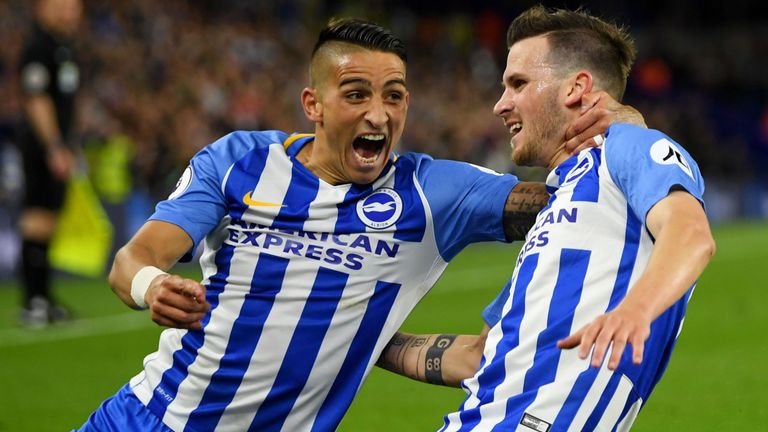 The Portuguese manager claimed he had informed his players how Brighton would play, and said their opponents had more appetite and strength than his side.

"My players, if you ask them, they will tell you that I told them before the match what was going to happen, and at half-time," said Mourinho. "I knew it, and I told them, but that's what we got.

Gary Neville said Man Utd's "awful" performance at Brighton could be the final straw for some players...

"Obviously for Brighton boys, the points mean a lot for them, and enough for them to give absolutely everything they have to give. So they got the bonds of their attitude."