Bruno Fernandes says the prospect of playing alongside Paul Pogba in the Manchester United midfield when the club resumes their Premier League campaign is "amazing".

Ole Gunnar Solskjaer's side will aim to extend their 11-game unbeaten run when they visit Tottenham on Friday night, live on Sky Sports Premier League, with intrigue over whether the two will feature together.

World Cup-winner Pogba has returned to full fitness during the shutdown of the season, following months on the sidelines with an ankle injury, with Fernandes already proving to be integral to United since his arrival from Sporting Lisbon in January.

"I think everyone is excited to see Paul Pogba play again after his long injury," Fernandes told talkSPORT.

"For me, playing alongside him will be amazing, obviously everyone wants to play with the best players and Paul is one of them. 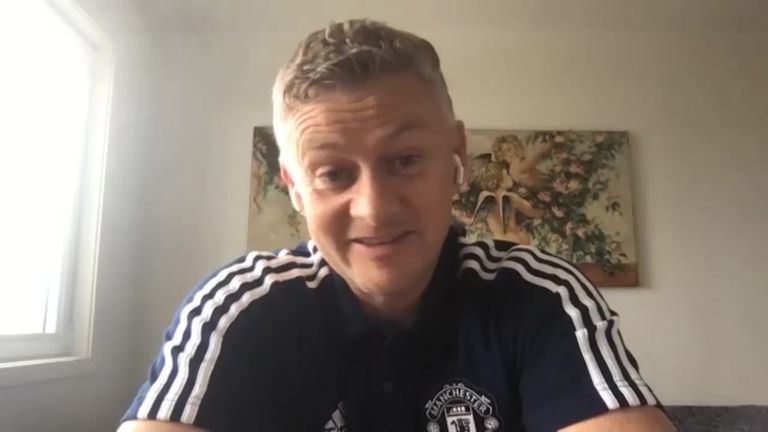 "But we have a lot of good players and the most important thing is the results for Manchester United."

Portugal international Fernandes, who has scored three goals in nine appearances for the club, says everyone will need to come to the fore in Solskjaer's squad if they are to enjoy a successful finish to the season.

"I think everyone has to be a leader in their own way," Fernandes said. Former Manchester United keeper Mark Bosnich believes Paul Pogba should stay at the club, adding that he is one of the best players in the world when he's fully fit

"Everyone here is a leader, in everything you have different leaderships and I think I'm just another one."

United sit three points behind fourth-placed Chelsea in the league table, with the club also competing in the FA Cup and Europa League.

"From the beginning I feel I've been at home, like I never left Sporting," Fernandes said.

"It was really important for me to start well with some good performances and we've had some amazing results."