Cristiano Ronaldo and Dean Henderson have sent get well soon messages to former Carlisle player Danny Hodgson after he spent his 26th birthday in a coma in an Australian hospital.

Hodgson, who was a team-mate of Henderson's at the Cumbrians during their youth career, has been in intensive care at Royal Perth Hospital since being attacked on September 4 at a local train station.

He had been out with team-mates from National Premier Leagues Western Australia side ECU Joondalup before the attack.

His parents Nicola and Peter have now arrived in Perth to be with their son, but are currently unable to visit in hospital because of Australia's strict hotel quarantine rules.

He is currently in a critical but stable condition after being placed in an induced coma following emergency surgery.

Among the messages of encouragement for Hodgson were those from Henderson and Ronaldo, who recently returned to Manchester United. 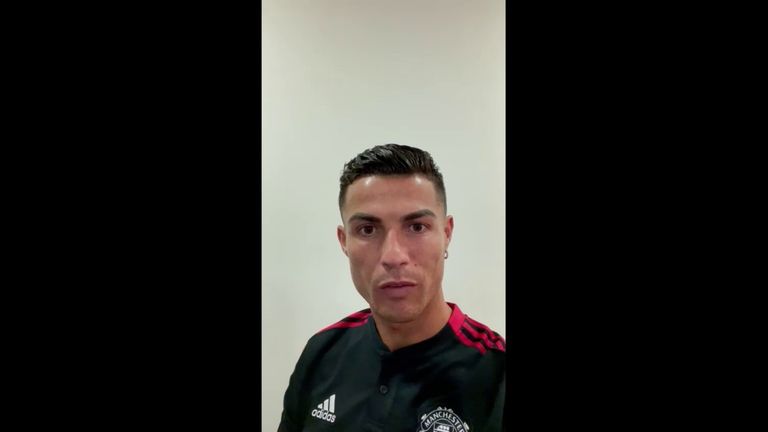 Cristiano Ronaldo has sent a video message to Danny Hodgson hoping he gets well soon following an unprovoked attack in Perth, Australia

Ronaldo said: "Hi Danny, I just hear about your history and I hope you get well soon. I invite you to come to one of the games in Manchester so get well soon my friend, Take care."

Henderson said: "Stay strong, stay in there. You'll get through this, I promise. I know how hard you are and you'll be fine. I can't wait to get you over to a game and meet the boys.

"I've told them all about you and we're in your corner - we just wish you all the very best." 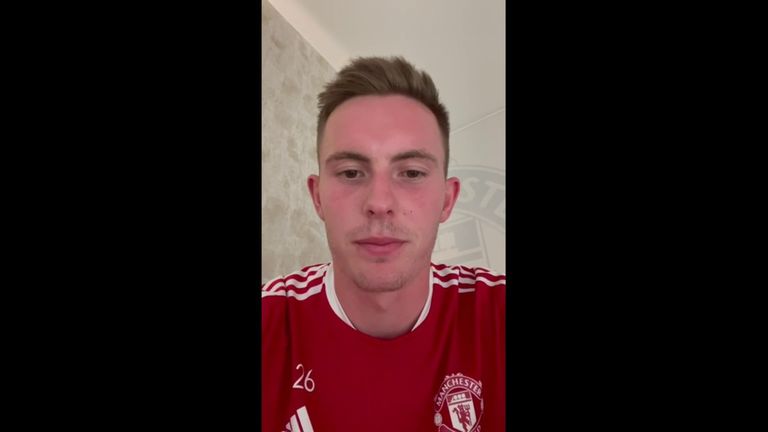 Manchester United's Dean Henderson sent a video message to friend Danny Hodgson, who is in a coma after being assaulted

Hodgson's parents said they had been overwhelmed with the amount of support received and look forward to being able to visit their son once the quarantine period has ended, while also sharing a message from his girlfriend Jess.

"Danny is a wonderful son, a great brother to Joe and Abby, and a loyal and trusted friend. He is a devoted boyfriend to his gorgeous and compassionate Jess whom we also love dearly," a family statement read.

"We spoke to darling Jess last night and this is what she told us: 'Danny is my complete world, I've been lost without him these two weeks even though I've been constantly by his bedside. But it is not the same as waking up every morning to the smiling, positive, happy soul I'm lucky to have every day.

"'Danny is my inspiration, and he never fails to amaze me. He is my soul mate and best friend. With hope, love and keeping positive, this will all be a bad dream soon and we can get on with making many more happy memories together'."

"So Danny, on your 26th birthday, our gift to you is our belief in your courage, your strength, and the healing power of love. With the outpouring of love coming to you from Jess, family, friends, the football world, and the people of Western Australia, it won't be long before you are back on the field."