Manchester United manager Louis van Gaal is in a bullish mood ahead of Monday's trip to face West Brom in front of the Sky Sports cameras.

Van Gaal has endured an indifferent start to his reign at Old Trafford but United have now climbed to fourth in the Premier League table with 2-1 victories over West Ham and Everton.

The Dutchman remains confident in his ability to instil a winning philosophy, although he wants a more rounded performance against West Brom.

He said: "I think they do understand the philosophy but they have to perform that philosophy. We have to see if it is going at a higher level because I think we need more balance in the team. I said that after the match against Everton. 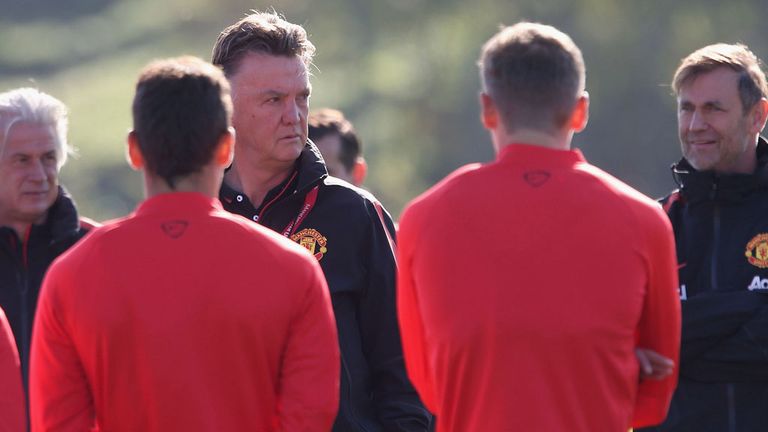 "I'm not looking only for spectacular attacking football but also when you lose the ball, that you have a shape as a team and can defend more easily to kill the game better. That's also a part of the philosophy.

"I'm always choosing more creative attacking football players so we are looking for that balance.

"I don't think that we are in balance now. I am sorry to say that, but it is the truth. We are moving forward in training sessions, though, and evaluating those sessions. I hope that we shall improve. We shall see if the time that I have had is long enough."

The 63-year-old has confidence in his own ability, but he accepts expressing that faith in himself could come across as arrogance.

"When I respond, then I'm arrogant because normally I'm moving in the right direction and have shown that already. So how am I supposed to respond?" he said. "I have confidence in myself and in my players and I think that is important but much more important is that the players have confidence in the manager and his staff."

On the easing injury crisis at United, Van Gaal issued a positive bulletin ahead of the game at The Hawthorns.

England defenders Chris Smalling and Phil Jones have both returned to full training during the international break, while midfielder Michael Carrick is also nearing a return after an ankle injury, although Wayne Rooney will be suspended on Monday.

Van Gaal said: "We have only four players injured now so that's good. No problems with the international players and lots of players are coming back. This morning for the session we didn't need any players from the second team, so that's a plus.

"The players who are recovering are not able to play, but we are on to a good way. We have to see and wait for the line-up - on Monday night you can see it.

"West Brom are very difficult to beat, especially there, in their home. They play not only long balls but they also play a positional game.

"We have to start with a victory after the international break."