Manchester United forward Wayne Rooney says a Premier League title bid is very much on the agenda at Old Trafford.

United made a somewhat shaky start to life under new boss Louis van Gaal but made it six wins in a row with a 3-0 victory over Liverpool at Old Trafford on Sunday.

They are still eight points behind leaders Chelsea but, with a lot of points up for grabs in the coming weeks, Rooney thinks United could quickly erode that deficit.

"I think we have to believe we can win the title," said the United skipper.

"We are eight points behind and coming into a busy period. If we can win our games and the others have one bad result, then there is nothing there.

"We have to keep winning our games, hopefully get back to the top, and you never know. 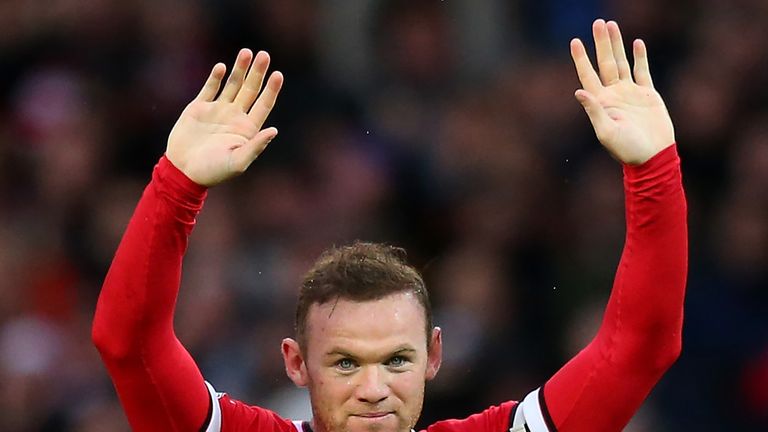 We have shown a great resilience this season. Some of the games haven't gone the way we would like but we are winning them and that is a great quality to have.

"We won the league two years ago and we weren't great in a lot of those games but we got the results.

"We have shown a great resilience this season. Some of the games haven't gone the way we would like but we are winning them and that is a great quality to have.

"We have been here before but we have a lot of new players and this is where the experience of myself, Michael Carrick and Darren Fletcher can rub off on the other players."

Goalkeeper David de Gea is the talk of Old Trafford after a brilliant performance against Liverpool and Rooney thinks the praise the Spaniard is receiving is justified.

"In my eyes he is the best keeper in the world," said the England forward.

"Sometimes in training you hit a shot and turn away thinking it has gone in and he just manages to get there. He came through a tough patch early on in his career here and he is starting to prove what a top keeper he is.

"I hope he wins some of the top personal awards, he has had a really good season."

"We are all aware of what the manager wants now both on and off the pitch," he said. "We all bought into his ways. He is a great manager, he is great with the players.

"He is honest with the players who are playing and those who aren't, which is great.

"We have a great team spirit, everybody is pulling together. We all want to win, we all want to be successful. As long as we keep working, we won't be far away."

Rooney played in a deeper position than usual on Sunday and thinks being deployed in that role on occasion will prove beneficial in the long term.

"I think it can help me in years to come," he said. "You see top players retire like Michael Owen, for instance.

"He was one of the world's best players but I don't think he could drop back into midfield so, once his pace had gone through injuries, that was kind of the end.

"But I feel I can drop back and I am sure it will give me an extra few years at the end of my career, and it will also help me if I go into management."