United are five points behind Manuel Pellegrini’s side but have a tricky schedule with games against Tottenham, Liverpool, Chelsea and City at Old Trafford to come over the next few weeks.

And ahead of Sunday’s game with Spurs, van Gaal believes his side can overtake their neighbours and finish behind Premier League leaders Chelsea. 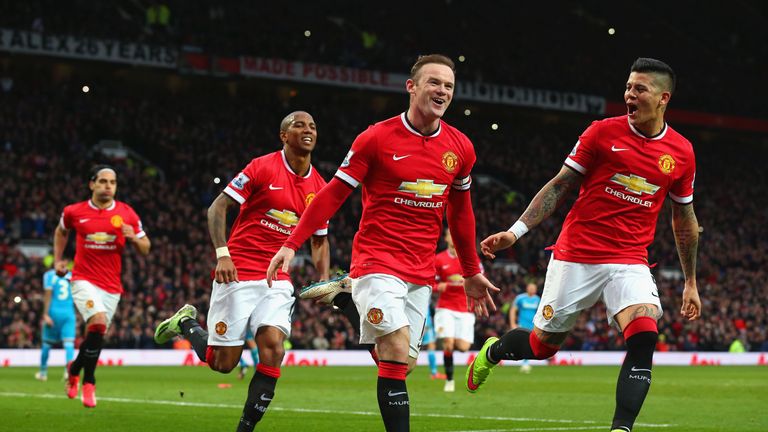 We are so close to a lot of clubs. We can be second or third. It is not a big difference, I believe.

"The coming matches are very decisive," the Dutchman said.

"We are so close to a lot of clubs. We can be second or third. It is not a big difference, I believe.

"Manchester United have to be one of the teams who have to play in the Champions League."

Despite being fourth in the table and losing just three of his last 23 games, van Gaal has been criticised for his style of play by former players including United legend Paul Scholes.

But the former Barcelona boss is confident of success once his players start reproducing the kind of form they have shown in training.

"We have the confidence to reach the goal we set at the beginning of the season," he added.

"We have to wait for the big victory. Then, maybe, we shall have more spirit and also more confidence to win our games."