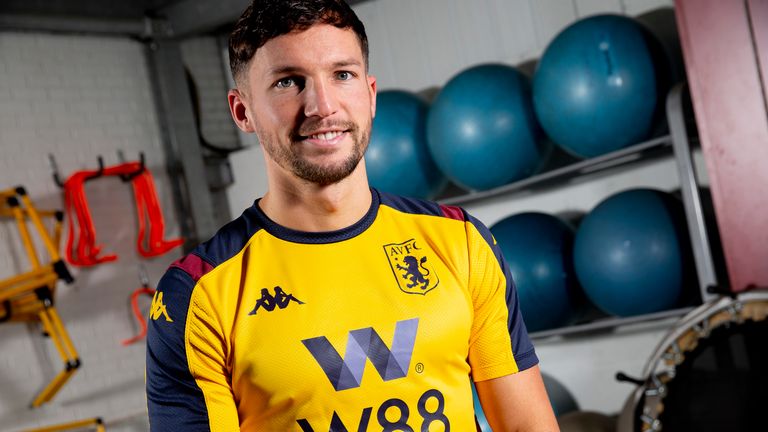 Chelsea midfielder Danny Drinkwater has completed a loan move to Aston Villa until the end of the season.

Drinkwater spent the first half of the season on loan at Burnley, but that expired on January 6 and he has now joined Villa after Chelsea agreed to continue to pay a significant proportion of his wages.

He will not play against his old club Leicester in Wednesday's Sky Live Carabao Cup semi-final as he is cup-tied.

Drinkwater's first game in a Villa shirt could be Sunday's match at home to the champions, Manchester City, which is live on Sky Sports Premier League.

Villa boss Dean Smith said: "Danny was a key member of Leicester City's title-winning team and has represented England, so he is a vastly experienced player. He will strengthen our squad significantly.

"I saw the hunger in his eyes and he's got a lot to go and prove now. He's going to be in an environment where he can flourish, he's very hungry and I like that. There's a similarity with when we brought Tyrone Mings in last season.

"It's an opportunity for both of us. We've all seen his quality, he just hasn't had the pitch time to show it in the past two years."

Drinkwater managed less than an hour playing time in the Premier League after joining Burnley in the summer, and an injured ankle meant he missed several weeks of football in September after being attacked by a gang of men outside a Manchester nightclub.

Villa are confident Drinkwater is fit and ready to go straight into the first team, to deputise for John McGinn who is out until March with an ankle injury.

Drinkwater was a key member of Leicester's Premier League-winning side in 2015-16 before moving to Chelsea for £35m in September 2017.