Christian Pulisic: Frank Lampard dismisses claims he doubted American because of his nationality

Frank Lampard insists he never doubted Christian Pulisic after Red Bull Salzburg boss Jesse Marsch claimed the Chelsea head coach did not rate the American because of his nationality.

Chelsea completed a £57.6m deal to sign Pulisic from Borussia Dortmund in January 2019 while Maurizio Sarri was in charge of the club, but the USA international did not move to Stamford Bridge until the summer of that year when Lampard had replaced Sarri.

Earlier this month, Marsch claimed Lampard doubted Pulisic's ability to make an instant impact at Chelsea because he was American.

However, Lampard believes Marsch recalled a conversation between the pair last year incorrectly and praised Pulisic for enjoying a "breakthrough" season at the club.

"I did read the comments and I was surprised that he had managed to read my mind as well as he thought he did," Chelsea boss Lampard said in a press conference on Thursday.

"He has recounted the conversation wrong and I have to put it correct. It was a game against Salzburg in pre-season and Christian scored two goals. Jesse came up to me and we spoke about Christian. He said he was a talented player and I agreed with him and we spoke about how exciting his development will be.

"That was the conversation. Jesse managed to put it across slightly differently. I played in America for 18 months and I would never underestimate the desire that American players have to learn and to improve. Christian has that desire and talent also so it was never in doubt for me.

"I understand the rigours of the Premier League. It's clearly the toughest league in the world and it's not just Christian who would have felt that, but some of the greatest players in history have.

"What Christian did was find his feet very quickly and have a breakthrough season with lots of goals and assists. His performances were massively impressive and he will get better and better. I never doubted that.

"I'm not jumping on Jesse but as a manager I never doubted Christian and it's important for me to put that straight." 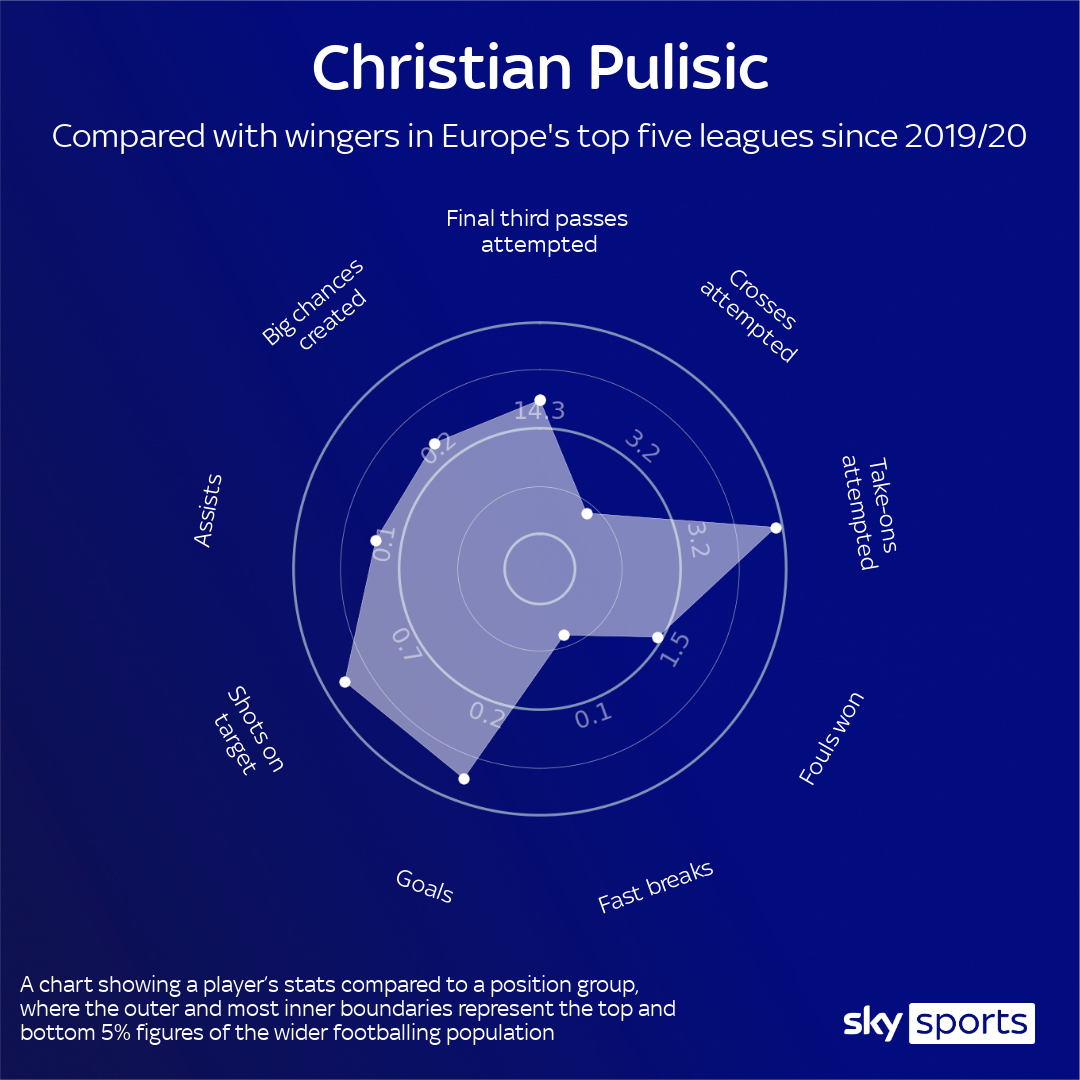 Lampard: Ziyech brings us something different

Ziyech became Chelsea's first signing of the summer when he arrived from Ajax on a five-year deal for £33.3m, but he has been made to wait for game-time as he continues to chase full fitness following a knee problem.

The 27-year-old made his first start and scored his first goal for the club on Wednesday in a 4-0 win over Russian side Krasnodar in the Champions League, meaning he has now been directly involved in 13 goals in his last 15 starts in the competition.

"When we brought Hakim into the club it was because I had watched him a lot. We played against him the year before and I knew his qualities," Lampard said.

"He can play as a winger that gives us real width, but can also give us the clever movements when he comes off the line to produce important passes, assist-kind of passes or break-the-line passes that maybe other players don't.

"So he brings us something different, certainly from what we have in terms of style and the real glimpses, more than glimpses that he showed last night are really positive signs."

Chelsea return to Premier League action with an away trip to Burnley on Saturday, hoping to inflict more damage on a side without a league win this season.

"I will always respect a Burnley team managed by Sean Dyche because of the qualities they have," Lampard said.

"It was what you expect from Burnley in terms of their organisation, their effort, their desire and their qualities.