The Chelsea boss admitted Abraham is more focused on forcing his way back into Chelsea's starting line-up than his England situation.

Abraham has battled ankle injuries for several weeks, but was back in full training on Friday and could feature in Sunday's FA Cup quarter-final clash with Sheffield United.

Abraham was omitted from England's latest squad this week but Tuchel believes the 23-year-old has to focus first on matters at Chelsea.

Asked for an appraisal on Abraham's England situation, Tuchel said: "We have not talked about this, I actually feel him right now a bit more concerned about his role in our team. 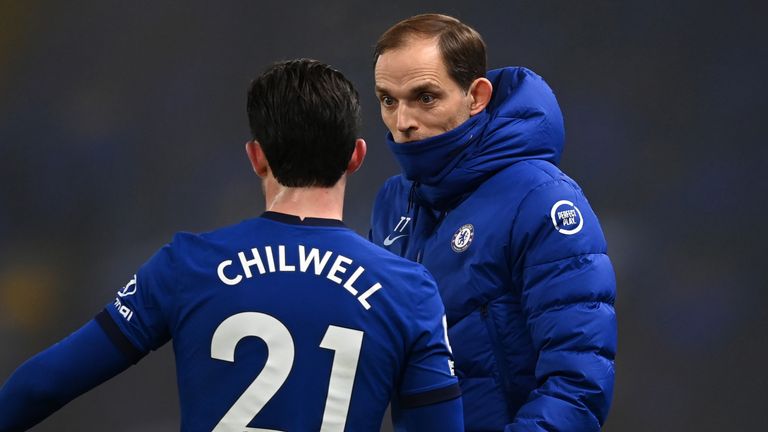 "I think he clearly knows a role in our team can improve his chances to have a role in the English national team.

"We did not talk about it but it would not surprise me if it's in his head. This is totally normal at this level that the players have their own interests, and one of the interests is to have a role in their team but also their country.

"These are two objectives for Tammy, but in our talks now it's just about the next steps here, how to increase his involvement here.

"But, at the same time, when you give confidence to strikers who are actually on the pitch, we cannot change all the time so it's not easy.

"I accept that it's not too easy, but it's also not too hard, and I hope he is not too harsh on himself or overthinks it like, 'if my situation is like this now what are the consequences?'

"He has to refocus on his situation and this is what I feel. We have talked about the actual situation here in the club and from here he has, every day, the chance to find his way back."