Leicester manager Brendan Rodgers remains adamant Wesley Fofana is not for sale; Fofana has become increasingly frustrated after learning Foxes want a world-record centre-back fee if they were to sell him, Sky Sports News has been told 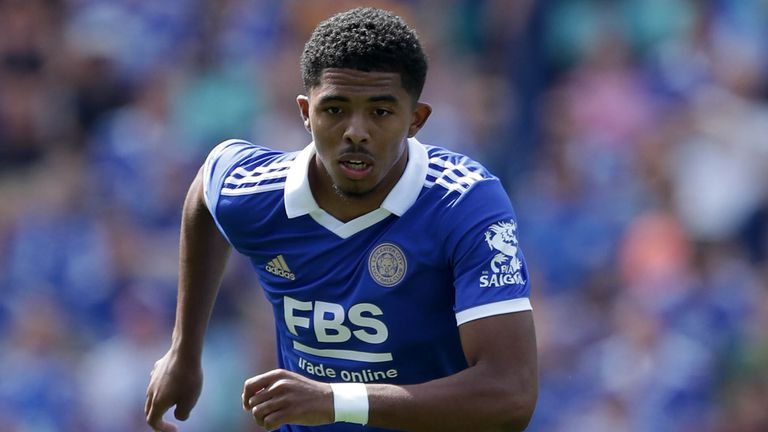 Brendan Rodgers says there have been no new bids for Wesley Fofana, reiterating that the Leicester defender is not for sale.

Sky Sports News reported Fofana is becoming increasingly unsettled at Leicester and feels the club are pricing him out of a move to Chelsea. It is understood the Foxes have so far rejected two bids from Chelsea in the region of £60m.

Fofana, who wants to play in the Champions League to increase his chances of being picked by France for the World Cup this winter, is understood to have been under the impression Leicester would listen to any substantial offers for him from Europe's top clubs.

Speaking at his news conference ahead of this weekend's visit of Southampton, Foxes boss Rodgers insisted nothing has changed and was adamant that Fofana is not for sale this summer.

"I don't think so far ahead," Rodgers said, when asked if he thought Fofana would be at the club at the end of the transfer window.

"The idea is that he is very much a Leicester player. He's not for sale. Unless anything changes, I would expect him to be here.

"There's nothing new from when we last spoke. We've spoken numerous times they are private conversations. Our communication is normal." On how the situation is affecting his early-season preparations, Rodgers added: "There's no denying it. It's always a tricky period. Your season is starting, you're trying to get focused, and you spend your summer creating this powerful collective unit, and then there is lots of speculation.

"These are young guys and it's the first time they have experienced this for some of them. There can be disruption. The idea is to keep the group focused. The minute the window ends, it all ends."

Chelsea have agreed a deal with Inter Milan to sign Cesare Casadei, according to Sky in Italy.

Casadei is 19-years-old and is yet to make a senior appearance for Inter.