Liverpool winger Sadio Mane scooped top spot this week after he scored and assisted twice in the 5-2 Merseyside derby win, with team-mates Virgil van Dijk (No 5) and Trent Alexander-Arnold (No 10) also among the top 10.

Dele Alli scored his third goal in two games during Spurs' 2-1 defeat at Manchester United to retain runner-up spot, while Manchester City's Kevin De Bruyne slipped from the summit into No 3 - despite a 4-1 win over Burnley.

James Maddison (No 4) secured a 2-0 win for Leicester against Watford, with Foxes right-back Ricardo (No 6) maintaining omnipresence among the top performers.

Interestingly, Jamie Vardy broke the deadlock from the spot to extend his goal streak to seven successive league games but ranked only 18th in the chart - having collected fewer points for penalties and in other areas of play.

Despite dropping down the form chart, Vardy still ranks sixth in the season accumulative chart - boosted by his league-topping 14 goals.

Southampton were hammered 9-0 by Brendan Rodgers' side just over a month ago but have bounced back since that defeat, with Danny Ings (No 8) and James Ward-Prowse (No 9) flying high after a 2-1 win over Norwich.

In terms of each club's top player, West Ham 'keeper David Martin earned his debut last week to replace under-fire Roberto and has become their top-ranked player - despite only appearing in two of the previous five games factored. 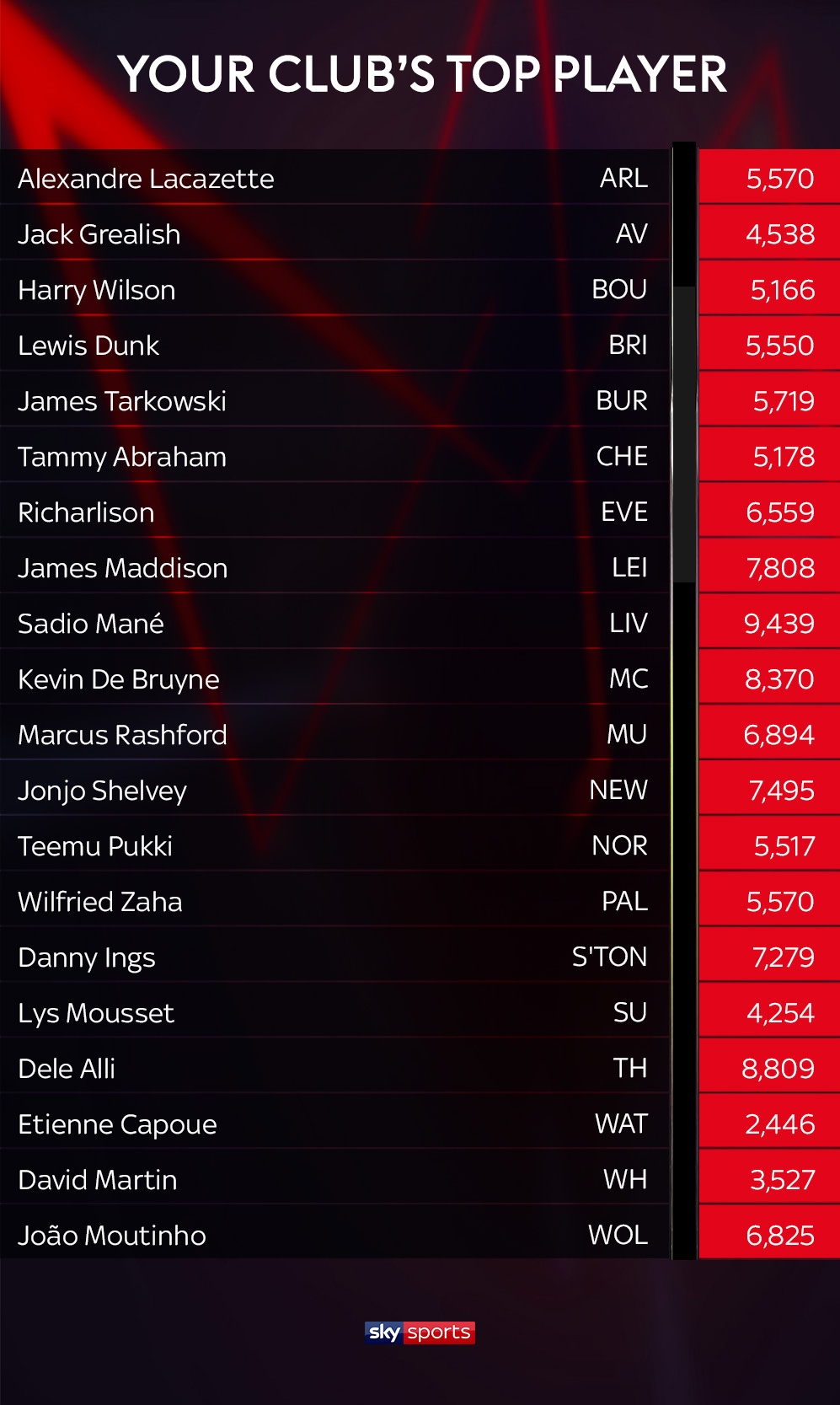