Jordan Henderson on what he has taken from 2020: 'It has put a lot of things in perspective, not only for me, but for everyone. I think family and health is the most important thing'; watch Liverpool vs West Brom on Sky Sports from 4.15pm on Sunday; kick-off is 4.30pm 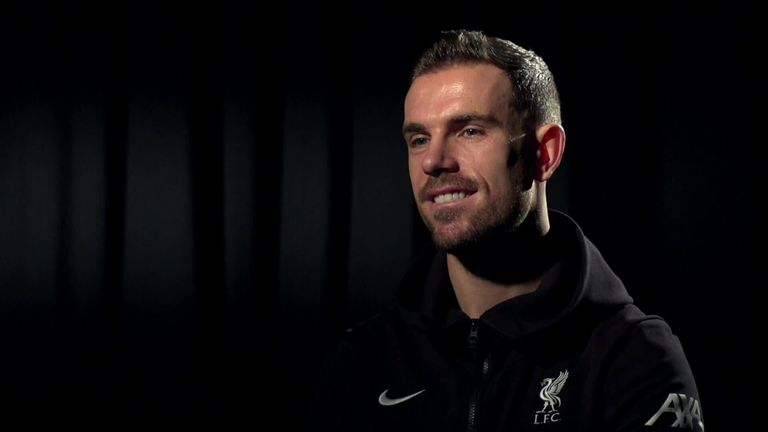 Liverpool captain Jordan Henderson sits down with Sky Sports' Jamie Redknapp to discuss his "rollercoaster" 2020, lifting the Premier League title and his hopes for a "brighter" 2021, in an exclusive Christmas interview.

Henderson entered 2020 as a Champions League winner and finishes it as a Premier League champion. It's been a year like no other in terms of sporting achievement for the England international. But the coronavirus pandemic has ensured it wasn't so straightforward for the 30-year-old.

It's been a rollercoaster to be honest. On one side of it I've achieved a dream that I've dreamt of my whole life. But in the circumstances it was obviously different and everything that was going on in the outside world, people were suffering a lot, I understood that there are more important things than football. It's been a rollercoaster but I still feel a lot of positives have come out of it. I think we've learned a lot as people during this period and hopefully 2021 is a bit more positive and we can start getting things back to some normality.

What was it like when you finally got your hands on that trophy?

It was an amazing feeling. I think, of course, no fans was a big disappointment for us and for them. But at the end of the day it was still an incredible feeling to get our hands on the trophy and to lift that trophy that we'd all wanted for so long was a real special feeling and one that will live with us forever really.

What were the hotel celebrations like when you found out you were PL champions?

It was a great night. It was nice just to be together after being in lockdown for so long and it was nice just to be together and have some food and watch Chelsea get the result against Manchester City. Fortunately on that evening it was meant to be that we won the league. It ended up being a very good night - I'm sure you've seen some of the videos - but it was a real special moment that again we will remember forever. 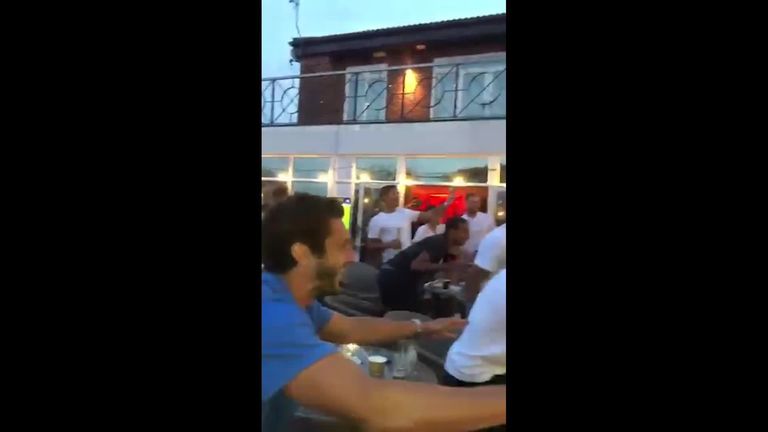 Have your achievements exceeded your childhood dreams?

Yeah, of course, as a kid I'd dreamt of playing in the Premier League, the Champions League and for England. So to be able to do that is an honour anyway and it is special for me to do what I do every day because I love it. But to achieve what we have in the last few years - winning the Champions League, Premier League, the Super Cup and World Club Cup - has been incredible really. The journey has been a good one so far, I suppose, there's been a lot of ups and downs but I've enjoyed every minute of it and hopefully there's a lot more to come in the future. I look forward to what we can achieve going forward.

How much have you missed the fans?

To be honest, even having a few thousand in at the minute makes a big difference. Just to see them when we first came out against Wolves was a real nice moment so I can't even imagine what it will be like when it's full. We are all looking forward to that, we know how big a part the fans play and I think this pandemic has shown how important the fans are across the sport really. Fingers crossed it can be a bit brighter in 2021 and we can get all of the fans back in and I think that will make a big difference for everyone involved in football really. We are all really looking forward to that.

How difficult will the title be to retain for Liverpool?

Very difficult. I knew that would be the case. When you win a trophy, retaining it is even harder and I think it will be very difficult, but we knew that at the start of the season. There are other teams that are improving, playing well and will challenge right until the end of the season I'm sure. Obviously it's a bit unique this season with what is going on with the pandemic. It's different circumstances but at the end of the day it's about us focusing on what we can control and that's training as hard as we possibly can, keeping focussed on what we want to achieve and when we play give everything for the three points - and that's what we try and do every game no matter what competition it is. That's put us in good stead over the past few years so we just need to continue that and see where we are at the end of the season.

Nothing that I've thought of so far. I think 2020 has put a lot of things in perspective, not only just for me but for everyone that has suffered during the year. I think family and health is the most important thing so going forward just appreciating everything you have even more, really.