Liverpool lead the way with a quartet of players in the Premier League's best XI when going by EA Sports' new ratings in FIFA 22.

EA Sports is unveiling its highest-rated players ahead of the game's release on October 1, and has published an attacking Premier League 3-4-3 line-up.

Mohamed Salah is rated 89 out of 100, and the Egypt forward is joined by three of his defensive team-mates at Liverpool - Virgil van Dijk (89), Andrew Robertson (87) and Trent Alexander-Arnold (87).

Manchester United's Bruno Fernandes (88) also makes the list, while fellow midfielder N'Golo Kante (90) is the only Chelsea player in the team. 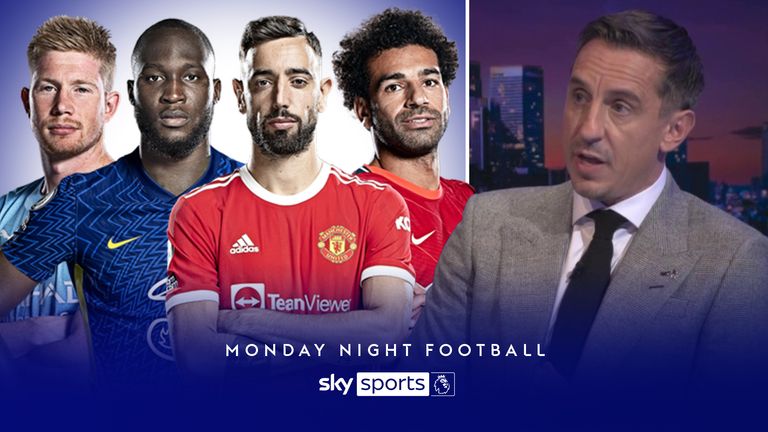 Gary Neville says we could be in for a genuine four-team title race and believes the current Manchester City, Manchester United, Liverpool and Chelsea teams could be the best PL sides ever

Manchester City goalkeeper Ederson (89) gets the nod, although Liverpool's Alisson Becker has been handed the same rating. Likewise, Sadio Mane (89) did not make the XI despite having an identical rating to Salah.

Both Ederson and Salah rated slightly better when totalling up induvial statistics despite falling under the same rating overall.

FIFA fans will have to wait to see what ratings are given to Raheem Sterling, Jadon Sancho, Ruben Dias, Paul Pogba, Jack Grealish, and a host of other Premier League players.

Premier League quality better than ever? 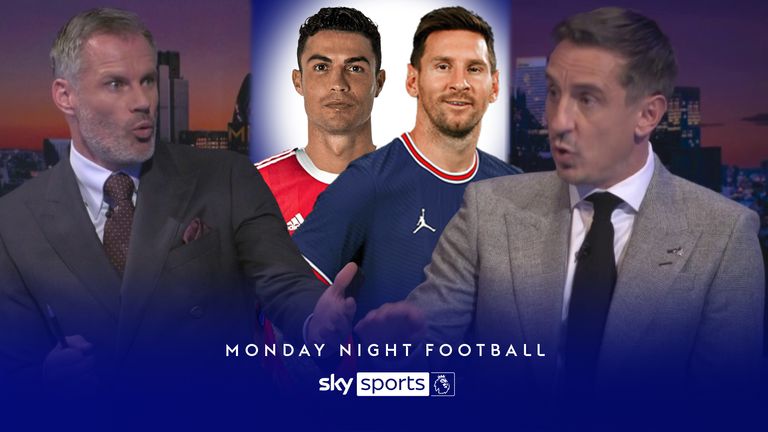 "We could have the four best teams in the whole world at this moment in time,

"Liverpool's first XI, if they can keep that fit, is possibly the best XI in the Premier League. And Liverpool aren't even being talked about at the moment!

"City's team is exceptional, Chelsea are strong like you wouldn't believe, and Man Utd with the addition of Ronaldo, Sancho and Varane are going to be right in there amongst it.

"We've never truly had a title race of four teams, this could be a massive ding-dong this season.

"The games we've been watching are really good, the atmospheres are good, the quality is good, the speed of the game, the athleticism of the players. This is absolutely top level we are witnessing at this time."