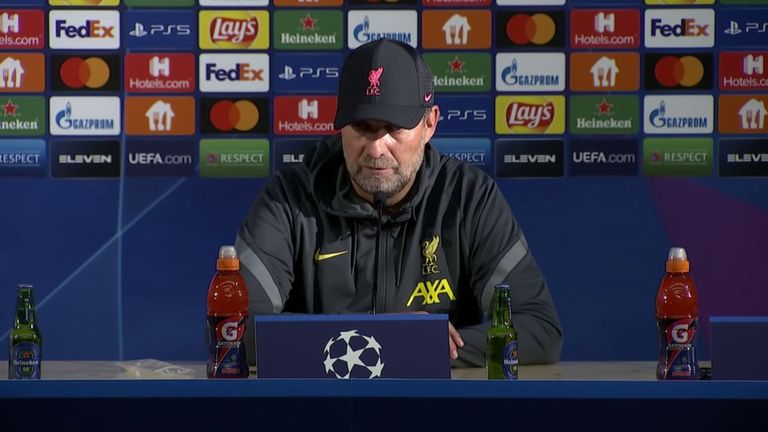 Liverpool boss Jurgen Klopp revealed he named a similar XI from the Brentford draw to face Porto so his side could sort out key issues on the pitch.

Klopp made just one enforced change from the thrilling Premier League encounter with Trent Alexander-Arnold ruled out due to a groin injury and replaced by James Milner.

It was an improved performance too with Liverpool cruising to another big victory at the Estadio do Dragao - winning 5-1 in the Champions League Group B match.

After the game, Klopp explained why he stuck with 10 of the same players, and noted how Porto had analysed the Brentford game.

He told BT Sport: "First and foremost, the most important thing is the result. It is a massive one away at Porto. Winning, and the way we won, makes it even better.

"Performance wise, it was good in lots of moments. We could see Porto watched our last game at Brentford so they started direct. We had our struggles again but the boys are all human beings and that's one of the reasons I didn't want to change it today, I wanted to get it sorted on the pitch and that's what we did, step by step.

"We scored maybe not the most wonderful goals but important ones in the first half. In the second half, we controlled the game. Porto had massive problems today - one centre-half out with a red card and then Pepe couldn't play. I don't think this partnership [in the game] had ever played together before and that gives you an opportunity before the game and today, we could use that.

"It was a really good night for us. After the international break, we play Atletico (Madrid) so we will see what the boys are like coming back from international duty. Nothing has happened but it is a good start."

Next up is another huge game as Liverpool host Manchester City - who lost 2-0 to PSG on Tuesday evening - in the Premier League on Sunday, live on Sky Sports.

Liverpool head into the game on a run of 18 games unbeaten, but Klopp does not think the momentum will work in their favour.

He added: "It always helps, but against City, it doesn't help at all so we need to find more things than only momentum.

"We need to play better than we did tonight, but that's clear anyway, but it will be a completely different game. City will want to strike back, for sure, but we are at home finally after a few games without our crowd, so let's give it a go."

It was another stellar performance at Porto from Curtis Jones, who notched up three assists out of Liverpool's five goals, following on from a fine goal in the Premier League on Saturday.

Klopp said of the midfielder: "Curtis played a good game. He had a few problems with his stomach beforehand, the doctor came into my room and said we needed to keep an eye on him, but I told him after the game 'whatever it is, keep it'!

"It really was a good game. He was everywhere, involved in everything, he set up the first goal with a surprising finish… There was other situations too that maybe weren't as spectacular as the offensive stuff. "Defensively, he played a top-class game. He defended really well and there were a lot of things I liked from his performance tonight. Let's keep going, Curtis."

Liverpool captain Jordan Henderson also had plenty of praise for his team-mate, adding: "Curtis has been fantastic. On paper he is so young but I feel like he has been around the first team for years. He has settled and matured really well. He has had to be patient but has come in and done well. He has all the attributes to be a top player."

Henderson: An honour to reach 400 games

Good way to mark 400th appearance but tonight was for Sir Roger Hunt. Our thoughts go out to his friends and family. Liverpool legend. RIP 🙏 pic.twitter.com/08NSM4mVED

There was also another big milestone in Henderson's career as he reached 400 appearances for Liverpool on Tuesday evening.

He told BT Sport: "I can't describe the feeling. I still get it every time I put the shirt on. It's an honour and hopefully I can do it many more times in the future.

"It's definitely not job done as we have four games to play. We had two good performances, applied ourselves well and got results we deserved. It's a good start but it is far from over.

"We'll be disappointed to concede as I thought we were dominant throughout the game. We scored some brilliant goals and played good football so we have got to be pleased as it is a difficult place to come."