Thierry Henry has had his say on how Arsenal should handle Alexis Sanchez after he limped out of Sunday's draw with Norwich.

Before the game, Henry spoke about the importance of keeping players fresh and indicated he would have liked to have seen Arsene Wenger take Sanchez off when they were 3-0 up against Dinamo Zagreb on Tuesday night.

The Chile international has played 1,107 minutes in the Premier League this season - more than any other forward at a Champions League club - and has appeared regularly for Chile in their World Cup qualification campaign.

And yet Wenger opted to start Sanchez in Sunday's game with Norwich, only to see him go off with a hamstring injury after an hour.

"He plays for Chile, travels 14 hours there and back and plays every game," Henry told Super Sunday.

"Even when the game is won sometimes he will still go and put some pressure on teams and that's why I mentioned it at the beginning of the game. 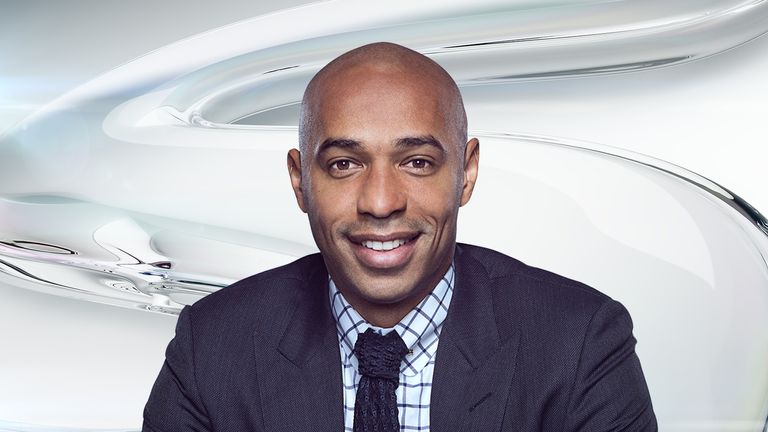 Yes, it was difficult to rest him today because you want to win, but I go back to the Zagreb game. With 20 minutes to go at 3-0, you can give him a little rest.

"I'm not a coach and I don't know how it is. I don't know the pressure of the players. I know I was a pain in the neck when you would take me out in the game.

"I thought, at the time, the game was won against Dinamo Zagreb. He scored, he had a good game and he didn't get injured. With 20 minutes to go, take him out.

"But I'm not a coach. I don't know how the guy would have taken that in the dressing room. At the end of the day it's your decision."

After the match, Wenger confirmed that Laurent Koscielny, who was substituted in the first half, and Santi Cazorla had also picked up injuries.

Before the match Sanchez had insisted he was fit to play and Henry admitted he has sympathy for the Arsenal boss because he has a tough situation to manage.

"I can feel for Arsene in a way," he added. "You are playing for the title and you come here [to Norwich] and you need to win.

"Obviously if you ask Alexis Sanchez if he is OK, he is going to say yes. If a guy says no then he might as well leave the club. You are there to play.

"But I think you almost don't have to ask him anything if you want to rest him. You need to go out and say nothing or, 'I'm resting you today and that's the way it is'.

"Again, I personally wouldn't have liked that when I was a player, but you take it on the chin and see the bigger picture because you want to be out there and play the whole season.

"Yes, it was difficult to rest him today because you want to win, but I go back to the Zagreb game. With 20 minutes to go at 3-0, you can give him a little rest.

"Obviously I would like to think the 14 hours travelling, playing away with Chile for the World Cup in South America, doesn't help.

"Now we can all say the same thing. If he played today and he scored he would have said, 'I was right to play him', but he got an injury so we are obviously going to say he should have rested him."