Eighty-eight per cent of Arsenal Supporters Trust (AST) members who responded to a survey say they do not support Arsene Wenger remaining in charge of the club beyond the end of the season. 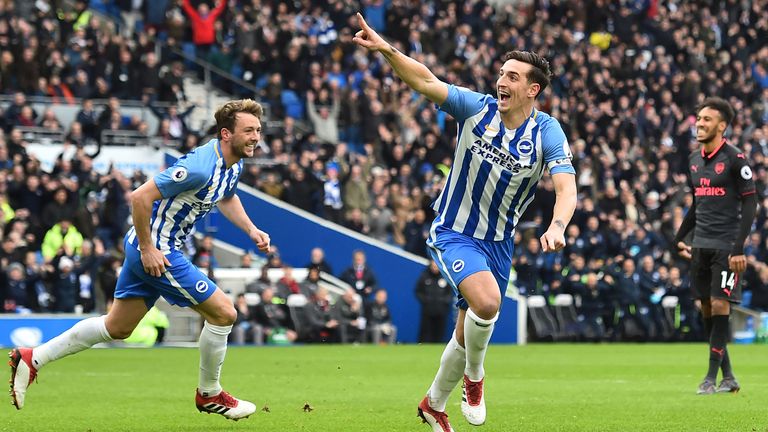 Watch highlights of Arsenal's 2-1 defeat at Brighton on Sunday

Before the meeting, each member was individually surveyed and asked if they support Wenger remaining as manager of the club beyond the 2017/18 season.

Thierry Henry, Jamie Redknapp and Graeme Souness discuss whether Wenger's time is up at Arsenal in light of their 2-1 defeat at Brighton

Eighty-eight per cent of those who responded voted against Wenger being in charge for the 2018/19 campaign. Five per cent said they were undecided, while a further seven per cent believe Wenger himself should make the decision when he sees fit.

The AST has over 1,000 members with 450 of those participating in the survey.

AST spokesperson Nigel Phillips told Sky Sports News: "We just can't go on like this. Maybe we are at a time change is coming and surely the board and owner must realise that. (Wenger) is like a desperate man clinging on."

Representatives of the AST have been granted a private meeting with chief executive Ivan Gazidis on Sunday and they will present him with the results of their survey.

Arsenal have declined Sky Sports News' request for a comment.