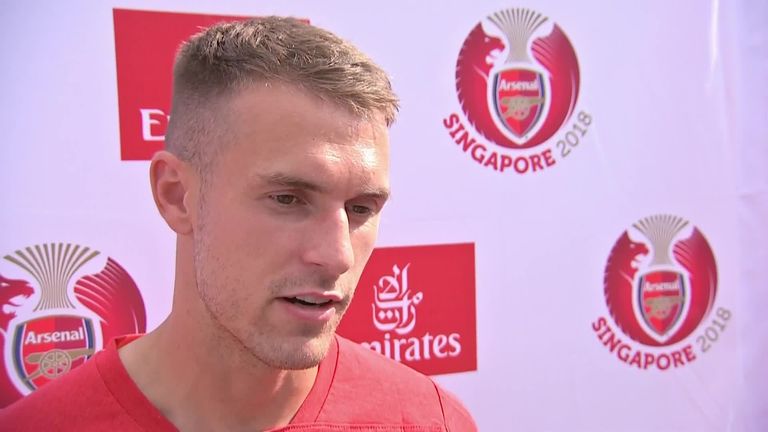 Aaron Ramsey admits he is uncertain about his Arsenal future, with his agent locked in negotiations over a new deal.

The Welsh international has entered the final 12 months of his contract at the Emirates, but new boss Unai Emery has made it clear he wants Ramsey to remain at the club.

Ramsey, who is reportedly a target for Lazio, remains tight-lipped on his future and is happy to leave his representatives to resolve the situation.

"We'll see what happens, but my agent and the club are talking," Ramsey told Sky Sports News.

"I'm not sure exactly what it hinges on, I'm just leaving it to them to discuss and to figure it out but we are yet to come to an agreement.

"That's something that my agent and the club are discussing to try and get something done."

When asked how long it will take for a resolution, he added: "I'm not sure exactly. It's taken a bit of time so far so we will have to wait and see."

Ramsey has also offered his support to under-fire team-mate Mesut Ozil, following the negative response he received for retiring from the German national team.

"Mesut it is a vital member of the team here and has been great for us over the years so it's important for us to stand by him," Ramsey said.

"I'm not sure exactly what's going on, all we know is that we are right behind him, there's a place for him here and we appreciate everything he gives to this club."