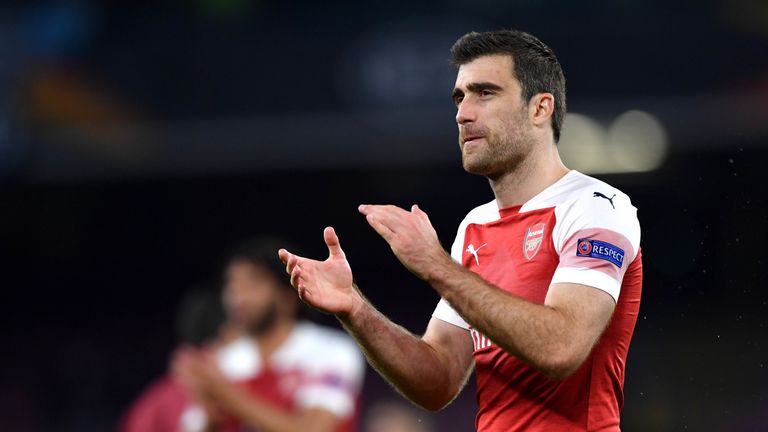 Sokratis Papastathopoulos has urged his Arsenal team-mates to win the Europa League for the absent Henrikh Mkhitaryan.

The Armenian has not travelled with the squad to Baku due to their being no diplomatic relations between his country and Azerbaijan.

In spite of assurances over his safety from Azerbaijan's UK ambassador, Mkhitaryan took the decision not to travel after discussing the matter with his family.

Arsenal's Greek defender Sokratis has admitted it's a "big loss" ahead of Wednesday's final against Chelsea.

"Of course it's a big loss for us. We are very sad and now we have to win for him," Sokratis said. 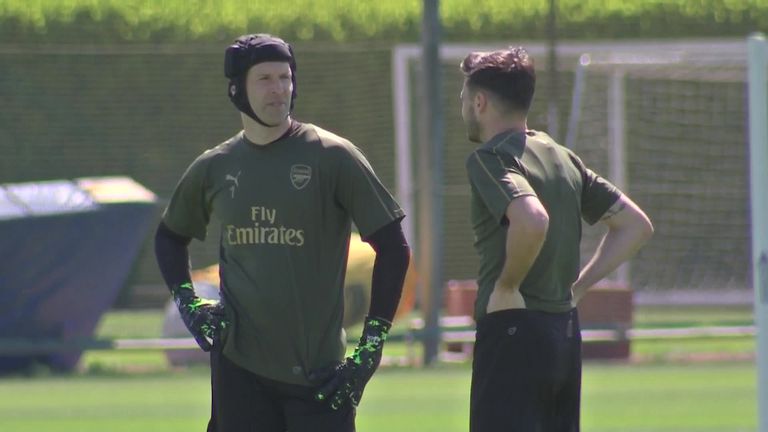 Arsenal prepare for the Europa League final against Chelsea in Baku

"We have to go (there) and play our game. To believe we can do it and I think if we give 100 per cent and have a good day, and also luck, because in one game anything can happen (then) we can do it."

Sokratis has urged his side to concentrate on their own game and the occasion and not the threat of Chelsea.

"They have very good players (and) a good manager," Sokratis added.