Arsene Wenger insists he is available '24 hours per day' for transfer business and is prepared to do a late deal if the right player becomes available for Arsenal.

The Frenchman has only added Petr Cech to his squad since last season ended and as next Tuesday's transfer deadline draws closer, he maintains that is how it is staying for now.

But Wenger has not ruled out further late additions and is ready to act should a deal that is to his liking comes up.

Arsenal have been linked with Real Madrid striker Karim Benzema for most of the summer but the France international appears set to remain in Spain.

Wenger has made a habit of doing late deals in the past, with Mikel Arteta, Mesut Ozil and Andrey Arshavin among those who have been signed just before a window has closed. 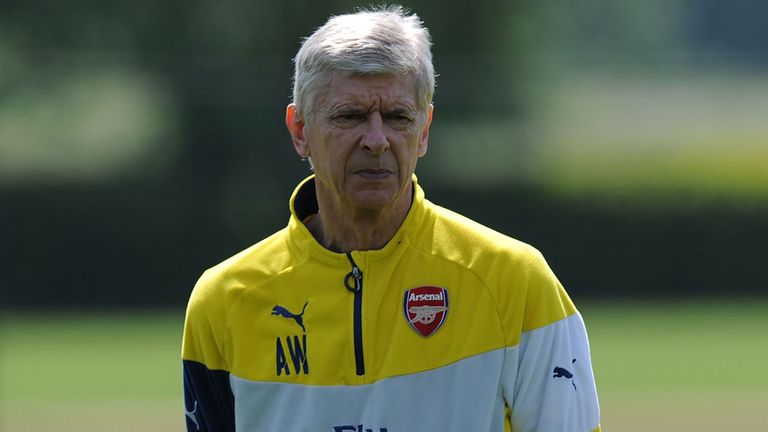 I am always confident that a last-minute situation or solution is available, because the transfer market is especially moving in the last four or five days.

Asked if he was confident of making any more new signings, he said: "At the moment, I cannot say I am very confident because we are not close to signing anybody.

"I don't know because I am always confident that a last-minute situation or solution is available, because the transfer market is especially moving in the last four or five days.

"At the moment, I cannot promise you that. We work very hard... you know I have a team around me who work day and night to find good solutions.

Arsenal survived their period of defensive disarray but there are problems in attack too.

"But at the moment, we are not close to signing anyone. I am 24 hours available per day, so I am involved in the decision of course."

This window will close at 6pm on Tuesday rather than the traditional time of midnight which has usually been adopted in recent years.

The main European transfer periods also end the day before and Wenger believes there is a benefit to that for him.

He added: "On the last day, we will be the only ones on the market and not face any competition with the others."