Deloitte: Clubs can bounce back from coronavirus and be more sustainable

Key findings from the finance company's 30th Annual Review of Football Finance, published on Thursday, reveal the combined football market across the 'big five' European leagues contracted by 13 per cent in 2019/20, down to 25.2bn euros (£22.1bn). Football clubs can hope to emerge from the financial impact of the coronavirus pandemic as more sustainable in the long-term, says Deloitte's Dan Jones

Football clubs could emerge from the impact of coronavirus as more sustainable in the long-term despite new figures from Deloitte showing a European-wide 3.7billion euro (£3.4bn) reduction in revenue.

Key findings from the finance company's 30th Annual Review of Football Finance, published on Thursday, reveal the combined football market across the 'big five' European leagues contracted by 13 per cent in 2019/20, down to 25.2bn euros (£22.1bn).

As initially reported by Deloitte in June, Premier League clubs' revenue fell from a record £5.2bn in 2018/19 to £4.5bn over 2019/20 - which was a reduction in total revenue for the first time as a lack of matchday spectators coupled with a rebate and delay of some broadcast income hit home.

The impact of the Covid-19 pandemic - which saw football shut down from March 2020 until the Premier League's 'Project Restart' behind closed doors in June last year - produced a record level of clubs' combined pre-tax losses of £966m, driven by the £648m revenue reduction and worsened by the £126m increase in wages.

However, wage costs of Premier League clubs saw the smallest increase since 2004/05, up by four per cent to £3.3bn in 2019/20, while the aggregate total of player salaries remained largely 'flat' through Europe's major top-flight competitions.

The period covered by the latest Deloitte report only crosses the early part of the pandemic - with the 2020/2021 season going on to be played out, but for a handful of matches, mostly behind closed doors as coronavirus restrictions and national lockdown measures were extended.

Dan Jones, Head of Sports Business Group at Deloitte, reflects on the fall in Premier League revenue and discusses what that might mean for the transfer market this summer.

Premier League clubs are, though, expected to see a rebound in the figures for 2020/21 before, should supporters again be allowed to attend as planned, then pushing back towards setting a new high over 2021/22.

Dan Jones of Deloitte's sports business group feels the way football has been rapidly forced to rethink its business model over the past 18 months could serve to see a lasting positive impact.

"This shows the story from the early stage of the pandemic, the first signs of the (financial) hit," Jones said.

"It was the first time revenues had gone down in the Premier League and there was a similar contraction across the whole of Europe, the big exception being Germany, who got up and running before anybody else.

"It picks up fundamentally two things - the closing of the gates, with matches going behind closed doors, and of fixtures being deferred.

"So in some cases TV money for those games drifts over into the next financial year (2020/2021), also of course there are rebates to the broadcasters which does impact on this year.

"The long and short of it all is we have this reduction of Premier League revenue for the first time ever in the 2019/2020 financial year, but we expect that in 2020/2021 there will be a decent rebound.

"If you asked us this time last year what we were forecasting it would have been for an all-time record in that financial year because you would have had the new season and the additional revenue held over from 2019/2020.

"Obviously this time last year we were not expecting the whole season would be played behind closed doors - I don't think anyone was envisaging that.

"Then for the 2021/2022 season coming up, it looks like there will be no restrictions (on supporters at grounds), so it will probably be a record year." 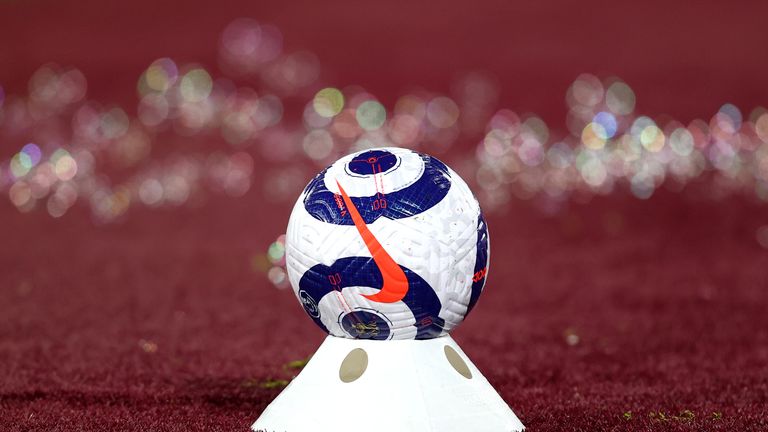 Tim Bridge, director of Deloitte Sports Business Group, says the football industry will have to change to recover from the financial damage done by the pandemic.

Jones feels a collective "tightening of the belts" across clubs looking to restrict increasing wage costs against a severe decline in revenues could lead to a much more stable environment.

He said: "If that carries on into when everything gets back into full working order again, you could actually see clubs, after an extremely nasty financial shock over the past 18 months, kind of come out of this in a stronger position for the future because you have managed to put the breaks on that wage inflation.

"The resilience clubs have shown so far, if they can build on that they can make themselves much more sustainable than they probably looked 18 months ago.

"The support and passion is clearly out there for clubs at all levels in this country, so if that means we get to a more sustainable position from here on, then that would be a good outcome."