Leicester midfielder James Maddison reached the chart summit this week after another stellar performance during a 2-0 win at Brighton - despite having a goal chalked off for encroaching into the area to head home a rebounded penalty.

VAR informed Mike Dean both sets of players had entered the box prematurely and awarded Jamie Vardy (No 4) a second attempt to double the Foxes' lead, which the 32-year-old converted to extend his tally to 12 goals this season.

Team-mate Ben Chilwell (No 10) retained his place among the top performers, while another four Leicester players narrowly missed out on the top 10, including Caglar Soyuncu, Ricardo Pereira, Ayoze Perez and Kasper Schmeichel.

Wolves duo Raul Jimenez (No 2) and Joao Moutinho (No 3) climbed the chart after getting on the scoresheet in a 2-1 win at Bournemouth - with the former having netted a winner against Aston Villa before the international break.

Liverpool's Sadio Mane broke the deadlock in a 2-1 victory against Crystal Palace to hold his No 5 spot, while left-back Andrew Robertson also held his place at No 9 with an assist.

Marcus Rashford (No 8) helped Manchester United cap a sensational comeback against Sheffield United before Chris Wilder's side secured a 3-3 draw, while Burnley defender James Tarkowski (No 7) scored in a 3-0 win at Watford. 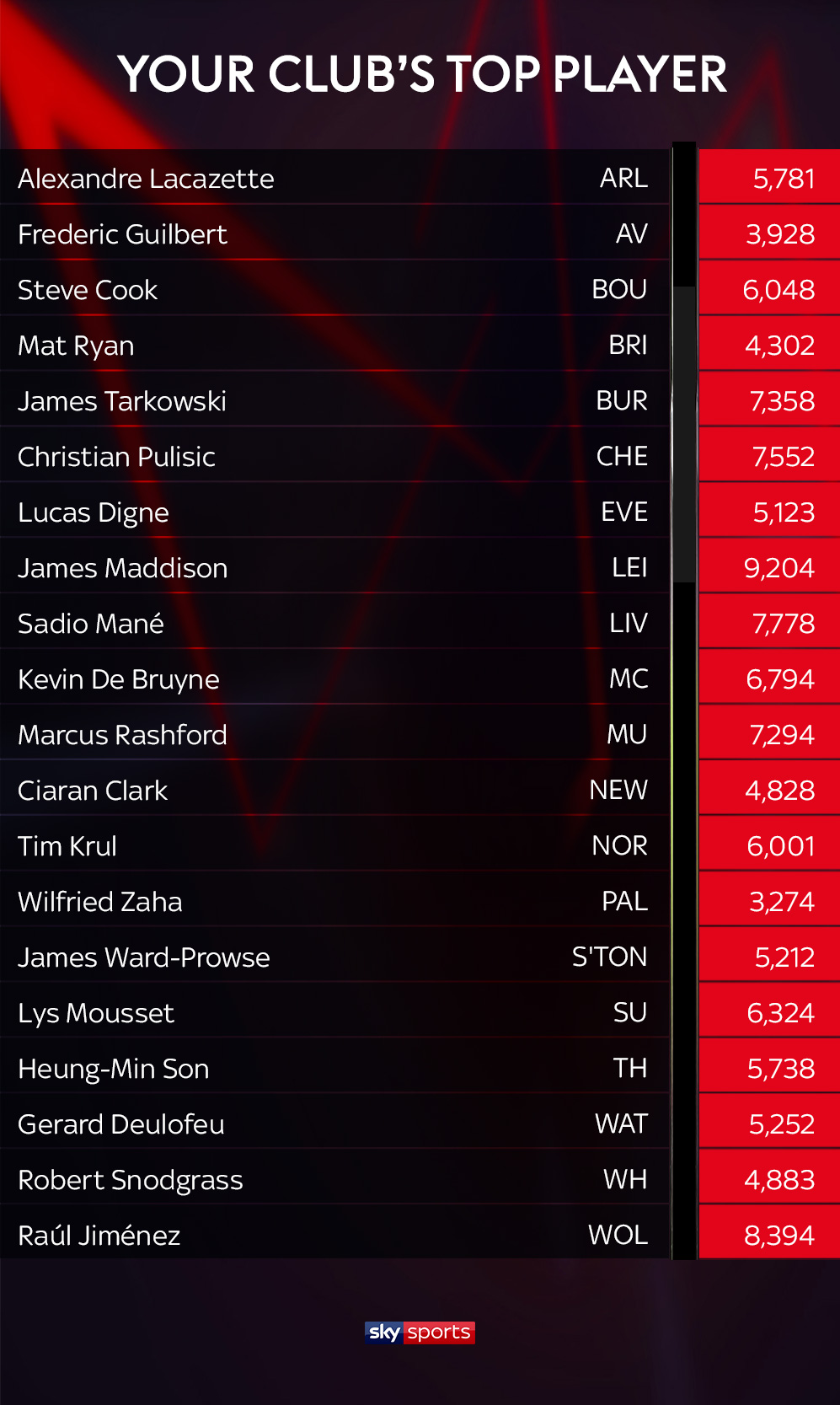