Mapping out a journey from the lower echelons of the English football pyramid to the Premier League is far from child's play - just ask Aston Villa's new £16m full-back Matty Cash.

The Wexham-born defender knows all about reacting to rejection, having left Wycombe Wanderers as a 16-year-old with his dreams of becoming a professional hanging in the balance.

In search of income, he combined playing at the Bisham Abbey-based FAB Academy with a job in retail - specifically in the toy section of the Daniel department store in Windsor.

"I needed to find a part-time job," he told Sky Sports. "I was at college and an academy at Bisham Abbey doing that five times a week and I'd be working in a local toy shop at the weekends to earn my money.

"I was selling Nerf guns on the shop floor, and I really enjoyed it to be fair. Having had the setback with Wycombe, I had to find college football somewhere and thankfully Bisham Abbey gave me the opportunity to do that.

"I’d be working in a local toy shop at the weekends to earn my money. I was selling the Nerf guns on the shop floor - I quite enjoyed it."

"I knew a few lads who had applied to join and it was only about 20 minutes away from my house. I went on a trial day there and it was fantastic… it felt like a professional club. We had everything we wanted."

Cash's brother Adam was already at the academy as one of 100 scholars across three different age groups all sharing the same vision of making it as a professional.

His elder sibling helped provide him with a pathway back into the game - an opportunity he grasped after the academy's owner Nas Bashir invited him to play with the most senior group.

Soon, the days of stocking toys and counting tills were long behind him with Nottingham Forest snapping him up from his Berkshire base and installing him in their academy aged 17. But Cash was still learning the full range of his abilities on the pitch.

"I was playing in central midfield at the academy but when I arrived at Forest, I played a bit on the wing," he recalled. "My brother always said to me that I would become a full-back as he was a right-back. He always felt that it would be a position that would suit me well, so that was always in the back of my mind.

"Under [Philippe] Montanier, I made my Forest debut playing in central midfield. It was only then that it sunk in that I could go on to really make a career for myself at a high level. When Aitor Karanka came, he put me on the wing and I just stayed there for a year or two. It was only when Sabri Lamouchi arrived that I was converted to a full-back.

"I feel it suits me well as my game is all about getting up and down the pitch and playing with plenty of energy. I feel I've been able to use my attributes more in this role whereas in midfield you can't really go running everywhere. As a full-back, I can use my energy getting forward to join in the play and I can get back in and defend."

Change of position, change in mentality

After breaking into the first team under Montanier, very little besides Cash's consistent performance and Forest's Championship status spanning five different permanent managers have remained the same, but the 2019/20 season evolved into his most significant to date.

Named Forest's player of the season by the club's supporters, it was clear to see just why with his assured displays helping Lamouchi's side sit in the top six for 207 consecutive days before the self-implosion at home to Stoke in the final round of the regular season saw them miss out on a play-off place.

Having made the anticipated step-up to the Premier League, Cash has shown he is ready to meet the higher standards, and Villa must follow suit having flirted dangerously with relegation last term.

The club haven't kept a clean sheet in any of their last 26 away games in the top-flight, since a 0-0 draw against West Brom in January 2016, but the Sheffield United shut-out will generate belief that the long wait for a repeat on the road is around the corner.

Cash acknowledges that while he has had to evolve with the expectations of a modern-day full-back, he takes as much pleasure from collecting a clean sheet as providing attacking returns.

"We're seeing a lot of exciting young full-backs coming through and they're all fantastic at going forward but my main responsibility as a defender is still to help keep clean sheets," he added.

"For me, I've changed my mentality from wanting to be an attacker to keeping clean sheets to get wins.

"That's the most important thing for me and I now actually love defending. There's nothing better than keeping a clean sheet. Having the likes of Tyrone Mings, Ezri Konsa and Matt Targett at the back, we're working hard in training with the same mentality of wanting to keep clean sheets."

'Villa ticked all the boxes' 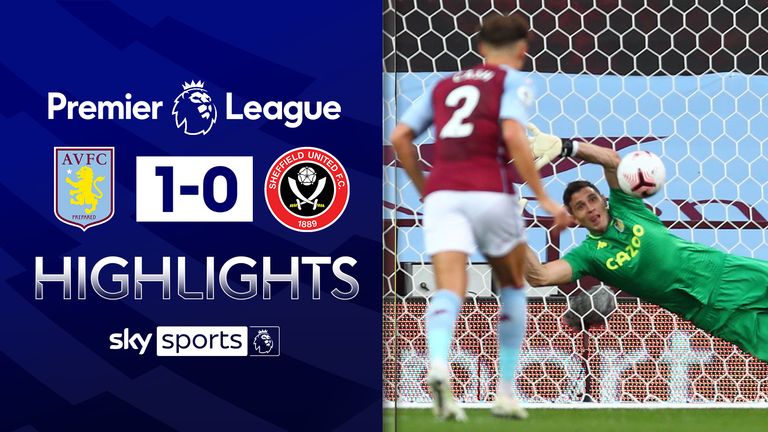 AC Milan and Sheffield United were both reported to have tracked Cash's progress at the City Ground and were close to tabling bids, but the player only had eyes on a move to Villa once their interest was made formal.

His father Stuart, a former professional, hails from the West Midlands while club captain Jack Grealish and manager Dean Smith both played significant roles in convincing him to sign a five-year deal with the club earlier this month.

"The gaffer's a great manager... he's someone that everyone wants to play for. At Brentford and now at Villa, the style of football he wants to play suits me down to the ground so he had a massive influence on why I came here. I spoke to the players and staff and no one has said a bad word.

"He's a really good manager and he's got great training methods. Every day in training, everyone is at it, and that's what you've got to do to keep improving. You've got to make loads of sacrifices and do all the right things to reach this level so I'm just focused on giving my best in each training session and seeing where it takes me."

Could Cash represent Poland at Euro 2020?

Gareth Southgate was at Villa Park to monitor Mings and Grealish during the 1-0 victory over Sheffield United, and with such a wealth of exciting young English right-backs, Cash may have to be creative in his bid to earn international recognition.

Southgate's most recent squad for the Nations League games with Iceland and Denmark notably lacked a natural left-back given the absence of Ben Chilwell and Luke Shaw through injury as Kieran Trippier filled in on the opposite flank to his customary role.

Leicester have been using their full-backs so far this season on opposite flanks to their natural positions, and while remaining focused on building a consistency to his game, Cash is keeping his options open both for club and country.

"I've seen James Justin at Leicester and Brandon Williams at Manchester United do it really well. To be fair, I've never really thought about playing left-back but if the manager put me there I feel I would do a good job. I can't really say I've thought about playing there but I wouldn't moan.

"My mum is actually half Polish and speaks the language fluently. There's been contact with my agent about playing for Poland and it's something that I would look at. I just have to keep playing well and keep progressing before I make any decision. It's nice to have an option."

Fulham beat Forest in the Championship less than three months ago, so Cash will be fully aware of the danger Scott Parker's side pose ahead of Villa's next Premier League game at Craven Cottage, live on Monday Night Football.

Villa are looking to open a Premier League campaign with back-to-back victories for just the third time, also doing so in 1995/96 and 1999/00.

But the West Midlands club have earned just one point from their last 30 available in Premier League matches in London, since beating Tottenham 1-0 in April 2015.

After a 10-game winless run between February and July, Villa are now unbeaten in their last five Premier League games, and Cash and his new team-mates will be looking forward to extending that record along the River Thames.

"Fulham play some really good football and they gave me two tough games last season at Forest," he said.

"They've got some really good quality that can affect teams so the main thing for us is to focus on ourselves and work on what we're going to do best. We've got to focus on how we can affect them, rather than the other way around. I'm sure it will be a really good game."

Fulham vs Aston Villa will be broadcast live on Sky Sports Premier League from 5pm on Monday; kick-off at 5.45pm. Sky Sports customers can watch in-game clips in the live match blog on the Sky Sports website and app. Highlights will also be published on the Sky Sports digital platforms and the Sky Sports Football YouTube channel shortly after the final whistle.