Will new signing Christian Benteke be a good fit for Liverpool? It’s a question of style, writes Adam Bate...

Such is the disquiet at Liverpool that Brendan Rodgers’ philosophy, so lauded during the team’s high points over the past 18 months, is now in question. Perhaps that explains why Christian Benteke and his 6’3” frame is seen by some as a possible answer. Here is a man to shake things up at Anfield.

The striker’s record at Aston Villa is certainly promising. He’s one of only six players to score at least 10 goals in each of the last three Premier League seasons and with 12 goals in his last 13 games it’s easy to see why the word ‘unplayable’ soon crops up when describing Benteke at his best.

Rodgers is searching for the right chemistry in his Liverpool forward line but when it comes to Benteke it’s more a matter of physics. Defenders cannot cope and at the age of 24, Liverpool were unlikely to have been the only club tempted by the £32.5m buy-out clause in his contract.

Injuries might be a concern, but the real issue for potential suitors is tactical. Want to get full value from Benteke? You’d better be prepared to use him properly. And that means taking advantage of his physical presence – something Tim Sherwood looked to do upon taking over at Villa Park. 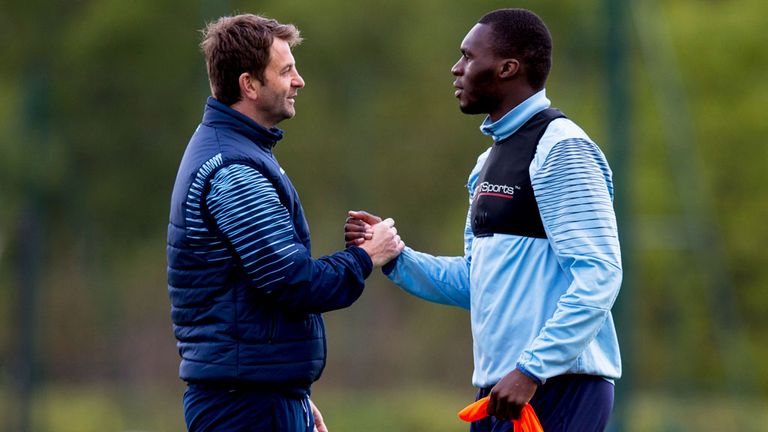 We cross more balls into the box than any other club in the league and Christian has said that he feeds off crosses. There’s no point going to a club where they don’t cross the ball.

After scoring just twice in his previous 16 Premier League games prior to Sherwood’s arrival, Benteke netted 11 in 13 under the new man. It’s not a coincidence. Sherwood looked to get his target man involved and the result is that Benteke won more aerial duels than anyone in the country.

“We cross more balls into the box than any other club in the league and Christian has said that he feeds off crosses,” Sherwood told reporters when discussing interest in Benteke ahead of the FA Cup final. “There’s no point going to a club where they don’t cross the ball.”

That could be interpreted as a pointed reference to Liverpool and food for thought for the player himself. The Reds attempted only 409 crosses from open play in the 2014/15 Premier League season – fewer than any other team.

There are two ways of looking at this. Superficially, Benteke offers plenty of what Liverpool have been missing. Alternatively, it could be that his strengths would be neutralised by Liverpool’s approach. Rickie Lambert, after all, is a forward capable of providing a considerable target himself.

There is also a clue in the identity of the only man to have won more than 10 aerial duels per game in the Premier League this past season. Andy Carroll was Liverpool’s £35m man when Rodgers arrived, with the incoming Liverpool boss soon admitting to Sky Sports that “a certain style will suit his game”.

Unfortunately for Carroll, Rodgers had no intention of implementing that style. “Given the type of game Andy offered, it was natural Brendan didn't include him in his plans,” former Liverpool striker Luis Suarez explained in his autobiography. 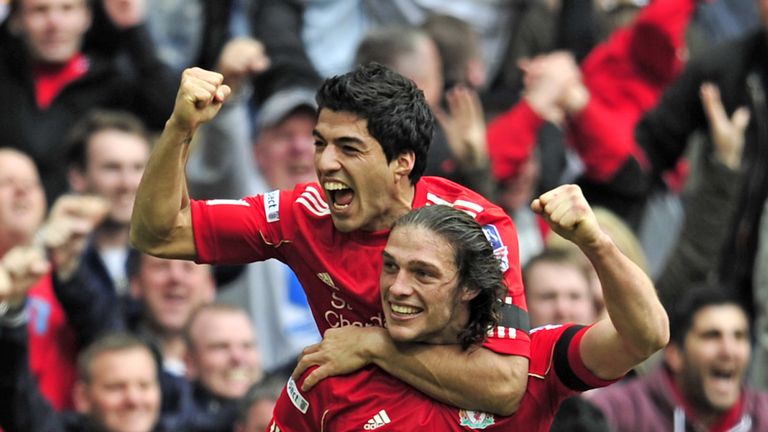 Given the type of game Andy offered, it was natural Brendan didn't include him in his plans.

“Andy is tall, strong and good in the air. But I think people were wrong about him. He was also technically very good indeed. He can strike a ball very cleanly and with so much power. Yet for a short, passing game in which you are looking to release people into space, he doesn't fit.”

Carroll, meanwhile, was characteristically blunt. “Under Brendan I knew I was never going to play.”

Like Carroll, Benteke is capable of quality finishing as well as brute force, with his left-footed curler against Manchester United in December being a prime example of his all-round ability. The Belgian was one of only three players in the 2014/15 season to score at least two goals from inside and outside the box, with either foot and with his head.

However, the caveat in that trite phrase ‘good touch for a big man’ is there for a reason and Benteke had the worst passing accuracy of any regular outfield player at either Villa or Liverpool (39 players in all). Every third pass failed to find its target and that highlights the problem.

Benteke joining Liverpool means either his style or that of the team will need to change. And while it was evidently in Villa’s interest to construct their attacking play around their prize asset, potentially compromising the likes of Philippe Coutinho and Daniel Sturridge is another matter.

“If he were to stay here and score at the ratio that he has since I took over next season and then has a good Euros, he is probably playing for Real Madrid,” added Sherwood. “Christian could go to the best club in the world if he scores 30 goals next season. He could be that good.”

Sherwood might have added a line. He could be that good if he receives the service he gets at Aston Villa. At £32.5m, that’s a big if for Rodgers to weigh up.. The mood for compromise is upon Liverpool. But the pressure is now on their manager to make that compromise work.