Rafa Benitez is adopting a philosophical approach after an apparent change of heart from Newcastle owner Mike Ashley over transfers.

The Spaniard thought he would be able to invest heavily this summer after guiding the club back into the Premier League at the first attempt, but Ashley revealed in an exclusive interview with Sky Sports last weekend that he simply could not give his manager "enough" money.

Those comments came after weeks of frustration on the summer transfer market for the 57-year-old former Liverpool and Real Madrid boss, who was happy with the owner's response to his planned rebuilding programme when he presented it to him in May.

Asked what had changed during the intervening period, Benitez said: "I cannot change what he said in the first one and the second one.

"I cannot change anything about our situation now in terms of the market, the transfer window and what we have to do." 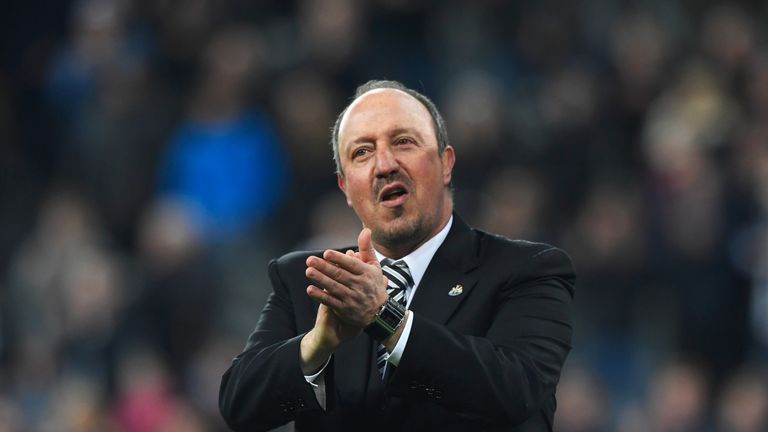 I want to concentrate on the things that depend on me: preparing the team, picking the team and approaching the game with the right mentality.

Benitez landed his sixth summer signing earlier this week when striker Joselu completed a £5m switch from Stoke, with the manager having admitted he could not target a £20m or £25m forward despite having been promised "every penny" the club generated from promotion and player sales by Ashley.

However, he insisted he did not even watch the sportswear magnate's interview and is concentrating only on what he can affect ahead of Sunday's trip to Huddersfield.

He said: "Believe me, it doesn't change anything in terms of my approach to the games or the training sessions or preparations.

"I know what I have to do: to concentrate on the training sessions and my players.

"I did not watch it. I know what he said. I know what the fans think about the interview and I know that if I keep talking about it, I will not change anything.

"What I need to be sure about is the team are good enough to compete against Huddersfield this weekend, Nottingham Forest in midweek and West Ham the next week.

"I want to concentrate on the things that depend on me: preparing the team, picking the team and approaching the game with the right mentality."