The Italian, who won the 2016 Premier League title with Leicester, given multi-year deal at Fulham 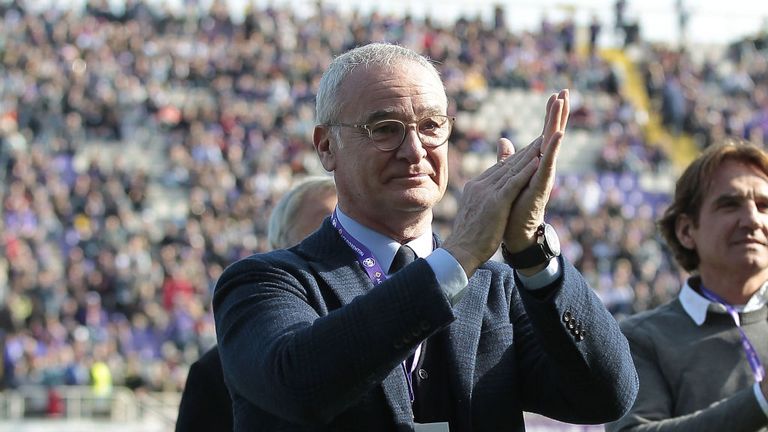 Mark Schwarzer, who played under Claudio Ranieri at Leicester, says the new Fulham manager will have to dig deep to turn confidence around.

Jokanovic has been sacked after one win from Fulham's opening 12 league matches following their promotion from the Championship, leaving them bottom of the table.

Fulham owner Shahid Khan said he held talks with a number of candidates to replace Jokanovic over the last week, but that Ranieri was a "risk-free" appointment.

It is understood Jokanovic was told about his dismissal via a phone call from Fulham owner Shahid Khan on Wednesday morning.

He was surprised by the decision, Sky Sports News has been told, having felt he had always enjoyed a good working relationship with Khan and had been told he still had the full support of the club's board.

As recently as Monday, the club's chief executive Alastair Mackintosh told the Fulham Supporters' Trust that the club remained supportive of Jokanovic.

In a statement, Ranieri said: "It is an honour to accept Mr. Khan's invitation and opportunity to lead Fulham, a fantastic club with tradition and history.

"The objective at Fulham should never be to merely survive in the Premier League. We must at all times be a difficult opponent and should expect to succeed.

"This Fulham squad has exceptional talent that is contrary to its position in the table. I know this team is very capable of better performances, which we will work on straight away as we prepare for Southampton at the Cottage." 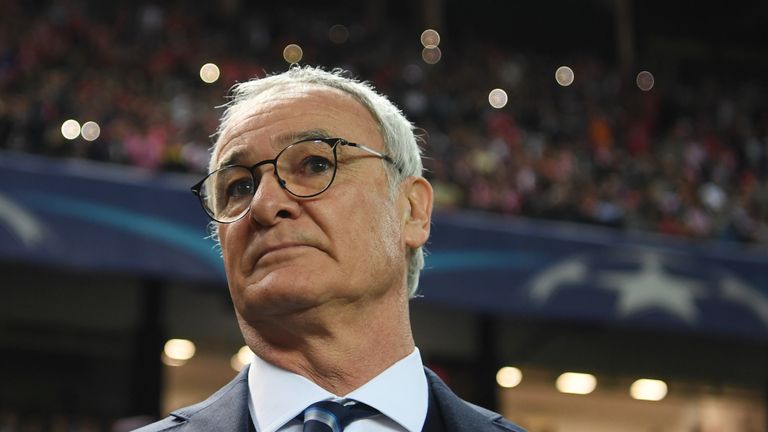 Ranieri is expected to bring a backroom staff of six Italians with him to Fulham.

Scott Parker, who became part of Jokanovic's backroom staff in July, is likely to remain as part of Ranieri's backroom team. Raneiri signed former midfielder Parker while at Chelsea in 2004.

Jokanovic was appointed at Fulham in 2015 and delighted fans with an attractive brand of attacking football and a return to the Premier League after four years away.

During their promotion-winning campaign last season, Fulham enjoyed a 23-game unbeaten run under the Serb's management.

Khan said: "I wasn't anticipating having to make this announcement related to Slavisa and wish the circumstances were such that I didn't have to, but our path this season has led me to make what I know is the correct decision, at the right time, for our players, the club and our supporters.

Claudio is risk-free and ready-made for the Premier League

He added: "Making a change without having the right answer or succession plan was not an option, so having someone of Claudio's calibre ready to accept our challenge was comforting but, most of all, essential.

"Claudio is risk-free and ready-made for the Premier League, and particularly so for what we need at this moment at Fulham.

"His recent body of work with Leicester City is literally legendary, and then you look at Claudio's experience with Chelsea and big clubs throughout Europe, and it's pretty evident we are welcoming an extraordinary football man to Fulham Football Club."

Until leading Leicester to an unlikely title, Ranieri had an unwanted record of never winning a league title as a manager despite a career spanning a host of top European clubs.

Ranieri has managed Napoli, Juventus and Inter Milan in his native Italy, as well as Valencia and Atletico Madrid in Spain, and even a short, unsuccessful spell with the Greece national team.

The 67-year-old finished second with Chelsea, Juventus, Roma and Monaco, but silenced his critics in bringing Leicester their first league title in 2016.

But he was sacked in February of the following campaign with Leicester one point above the relegation zone with 13 matches left.

Ranieri's first game in charge at Craven Cottage will be at home to fellow Premier League strugglers Southampton on November 24.

In the space of three days in early December, Ranieri will face the two clubs he has previously managed in England, Chelsea and Leicester City.