All season we have been asking our resident Sky Bet EFL expert David Prutton to predict every Championship match, but how has he been getting on?

We tallied up all his predictions so far and put them into a league table, and compared it with the actual Championship table on this week's Sky Sports EFL Podcast... 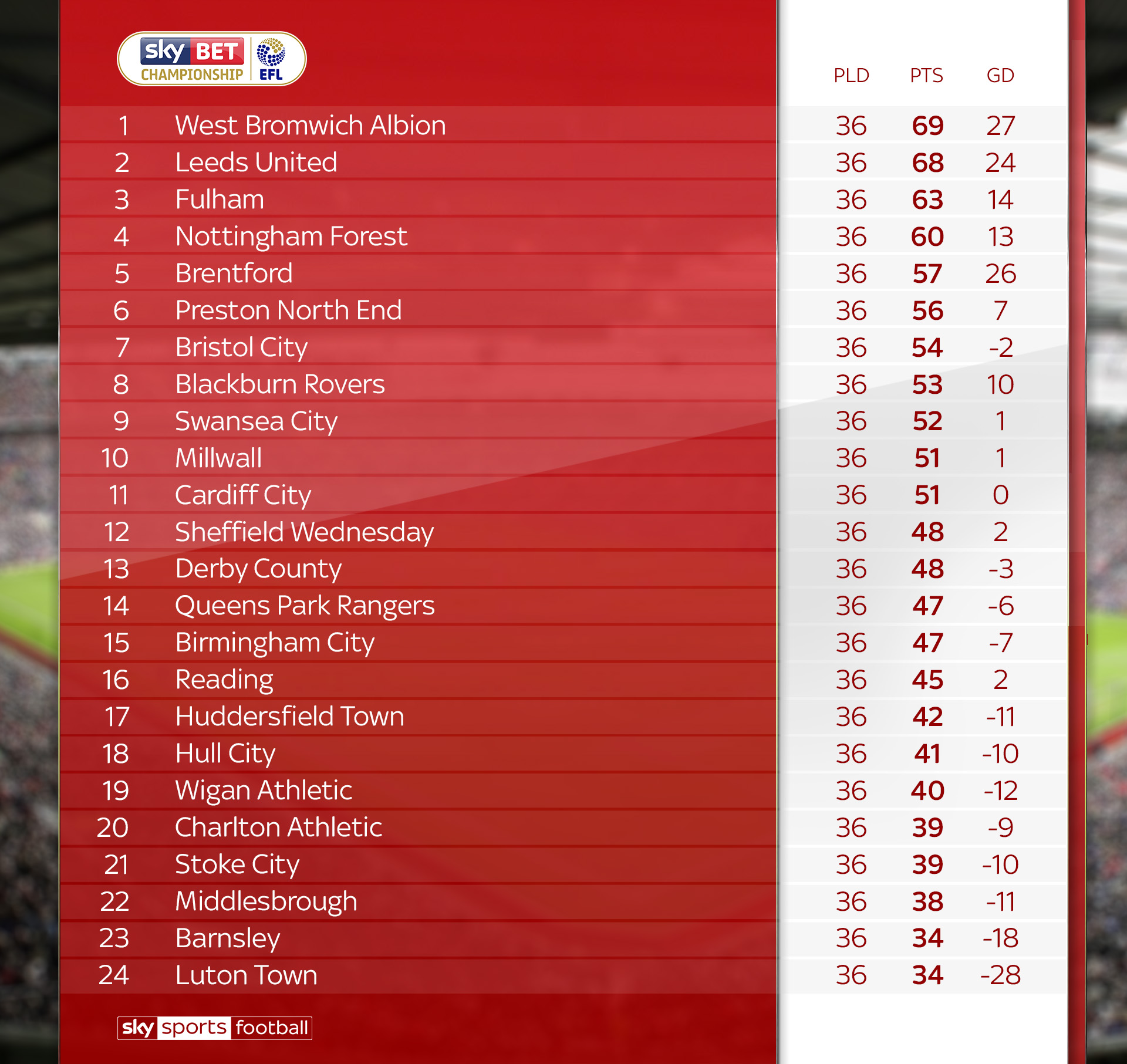 Here is what the Sky Bet Championship table would look like if all David Prutton's predictions this season had come true, including each side's position difference (PD) with the actual table... 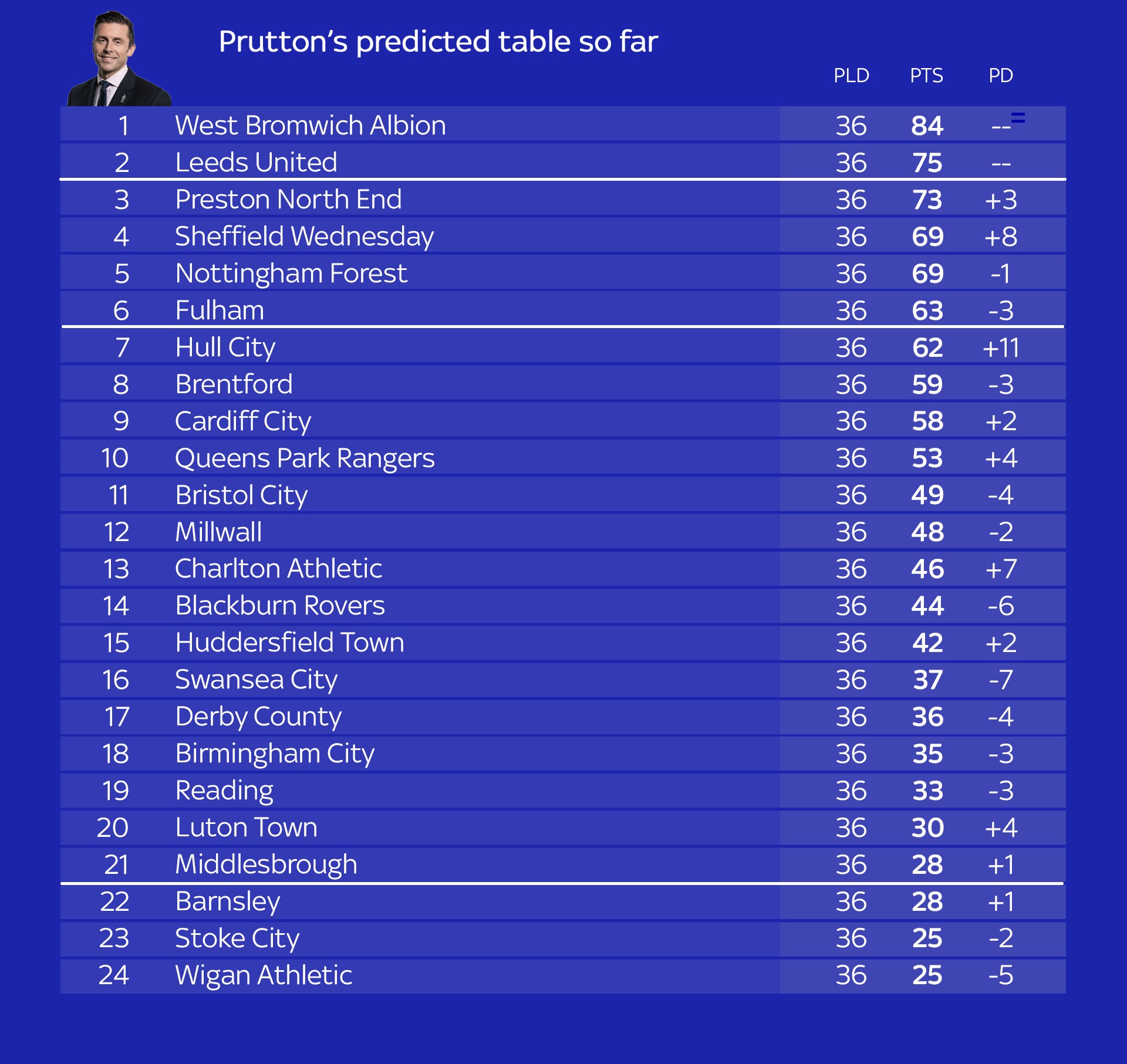 "The Championship is notoriously unpredictable, but it really does infuriate people when you don't predict it right every week!

"I enter into these predictions every single week on a completely unbiased footing with no grudges or ill-will against any team, regardless of what people tell me the feedback is! I always make sure I approach them in good faith, with a kind heart and an open mind!

"From what I've seen, and the general consensus when you listen to other players and managers is that West Brom and Leeds are the best in the division on their day, so it is not too far beyond comprehension to predict they are going to win more than they have.

"The blip they both had didn't catch us so much by surprise, but it certainly lasted longer than we though it would, and maybe that's where the discrepancy lies in terms of how many more points I have given them.

"I probably didn't see Sheffield Wednesday's slump coming and being as drastic as it has, but it is Hull City that have caught me most by surprise in this table.

"I think how they've been playing since the turn of the year, with the players who have left and the horrendous injury list, and that has to come into it. But when it comes to my predictions I have obviously been operating in a parallel universe where none of that has happened!

"And I should probably apologise to Wigan. If Paul [Cook] pays any attention to it whatsoever then maybe it has helped fuel a lot of their fire, with the small twig that I would be in that sense."