West Brom have clarified Charlie Austin has not tested positive for the coronavirus as the striker delivered a clear message to young people dismissive of the pandemic: "Don't take it lightly - it's serious".

The pandemic has caused the sports calendar to be reshaped, and postponements across all domestic football, with a number of players and staff around the world testing positive for COVID-19.

Austin said he has been struggling with the illness and on medical advice from the Championship club was told to stay away from training and self-isolate a week ago.

Speaking to the Daily Telegraph, the former Southampton and Burnley player stressed the importance of following government guidelines. 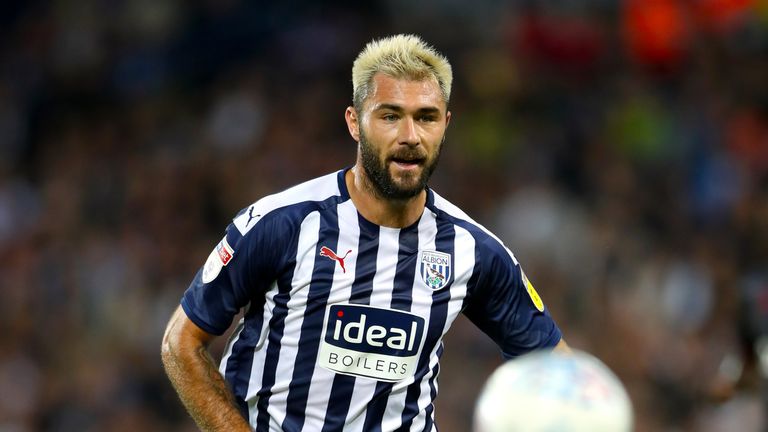 Charlie Austin's message to young people on the coronavirus

"Before I started feeling the symptoms on Saturday I was on the phone to my wife Bianca's mother and I said to her that I hoped if anyone in our family got it that it would be me," Austin said.

"I felt like I was fit and healthy and I could handle it. A week later and I would say to anyone, even those in their 20s and 30s - 'Don't take it lightly - it's serious'.

"I get that people who haven't got it are going about their lives. Last week, I was living my life.

"Not that I didn't take coronavirus seriously. But this is extremely serious and we should take it that way."

Following the release of the newspaper interview, West Brom said in a statement the 30-year-old was not tested for the virus and has subsequently made a full recovery, while none of his teammates have required testing for the virus.

A club statement read: "Albion would like to clarify that striker Charlie Austin has NOT tested positive for COVID-19.

"Charlie reported symptoms commonly associated with the coronavirus and on medical advice from the club was told to stay away from training and "self-isolate" a week ago.

"Contrary to reports this evening, Charlie was not tested for the virus and has subsequently made a full recovery."

Austin added he believed football needed a high-profile name to catch the virus before it was taken seriously.

He said: "It almost took someone high up to get it for the game to think, 'Oh actually, we need to stop'.

"I would rather we looked back in three or four months' time and thought we were over-cautious than look back thinking that we could have done more."