By Richard Morgan and Guy Havord

There have been "no bad vibes" in the Southampton dressing room after Virgil van Dijk's return to the fold, according to team-mate Ryan Bertrand.

The Southampton centre back was the subject of sustained interest from Liverpool over the summer, only for the south coast club's owners to stand firm and keep hold of the coveted Dutchman.

However, despite Van Dijk making it clear he wanted to leave the Saints, Bertrand says there are no hard feelings towards the player after his move to Anfield broke down.

"It is nice to keep hold of players," he told Sky Sports. "There were no bad vibes in the dressing room. Everyone is entitled to their opinions and what they want to do in their lives, but we just get on with it and play as a team.

"He has clearly stated that there are some big teams involved and wanted him and he just wanted to go on and pursue his career and move on to really big things.

"But he had a contract with Southampton and it did not happen. The club did not want to sell him and that is it, that is football."

Van Dijk continued his comeback from an ankle injury by playing for Southampton's reserves on Monday and may now be in contention to feature against Crystal Palace in the Premier League on Saturday lunch time.

He [Van Dijk] had a contract with Southampton and it did not happen. The club did not want to sell him and that is it

That match at Selhurst Park, which is live on Sky Sports Premier League and Main Event, sees Roy Hodgson take charge of bottom-of-the-table Palace for the first time.

Bertrand, though, says he is expecting to face "a more organised" Eagles team this weekend, but he will also be "sharing as much information as I can" on the opposition having worked under Hodgson with England.

Southampton are also under new management after Mauricio Pellegrino replaced Claude Puel in the St Mary's dugout in June, despite a respectable eighth-place finish in the Premier League last season.

The players have been working with the Argentine on "trying to eradicate the cheap goals that we conceded last year," says Bertrand.

Overall, however, the England left back thinks the Saints are currently in a healthy place, especially after Jisheng Gao and his family bought 80 per cent of the club from Katharina Liebherr in August.

"We are in a good place, a consistent place," Bertrand said. "We have built fantastically from League One upwards and managed to establish ourselves in the best league in the world. And we have been having consistent finishes in this league.

"You have to look at what is success and for a club like this, finishing in the top 10 of this league is success. 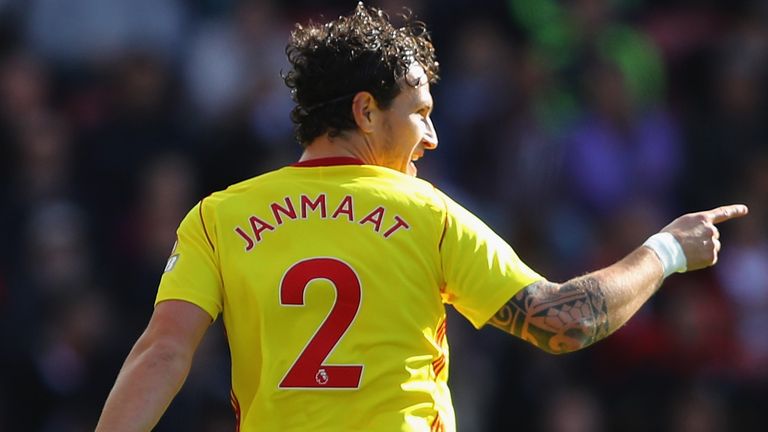 "They (the owners) have built it very, very well and just secured some investment, and hopefully they can come in and drive us forward again, so we are in a good place.

"You always strive for greatness and to get better as a player, so as long as Southampton keeps on a positive track and looking to improve, then I will be happy."

Bertrand is also currently in possession of the England left-back berth with rival Danny Rose still out injured, a major plus in a season that ends with a World Cup.

But looking ahead to next summer's tournament in Russia, all the 28-year-old can do is continue turning in impressive performances for Southampton in a bid to remain in Gareth Southgate's starting XI.

"First and foremost in terms of England, you have to take care of your club and as long as you are playing consistently with your club, that is one foot in the door," said Bertrand.

"And then it is about what level you are playing at."

Listen to the full interview with Ryan Bertrand ahead of Crystal Palace against Southampton on Sky Sports Premier League and Main Event from 11.30am on Saturday