Claudio Ranieri has ditched the tinkering and has been forced to become a ruthless manager at Leicester, according to his former player Graeme Le Saux.

Ranieri stands on the brink of a remarkable Premier League crown with his side requiring three points from their last three matches to land the title and complete their astonishing transformation from relegation favourites to champions.

Mahrez: Title race not over

The Foxes could capture the Premier League title against Manchester United at Old Trafford on Super Sunday, live on Sky Sports 1 HD from 1pm.

The Italian gained his infamous 'Tinkerman' nickname for his liking of squad rotation during a three-and-a-half year spell at Chelsea.

And few took Ranieri seriously when he was appointed at the King Power Stadium last summer having been sacked as manager of Greece in 2014. 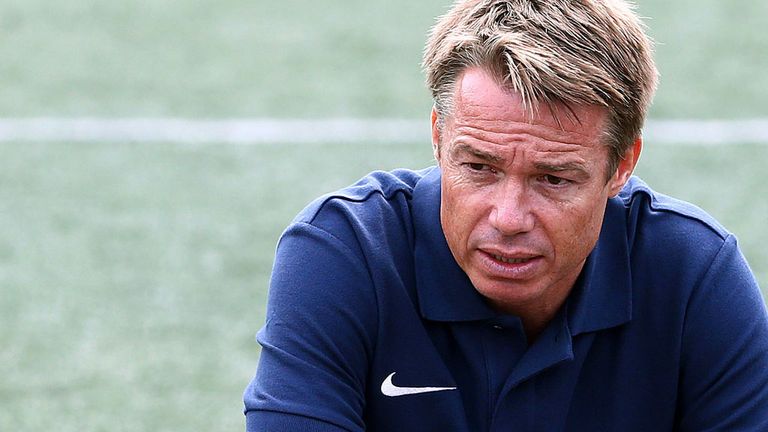 He's a very shrewd operator and he wouldn't shirk a big decision. Behind the smile there's a ruthless football manager, a guy who is happy to make big decisions.

But former Chelsea left-back Le Saux insists Ranieri's eccentric manner is merely a front, behind which lies a "shrewd and ruthless" operator.

"That's all veneer, don't be fooled, that's part design," said Le Saux. "He's a very shrewd operator and he wouldn't shirk a big decision. Behind the smile there's a ruthless football manager, a guy who is happy to make big decisions.

"At Leicester he hasn't had to, the team picks itself. He's not had to deal with dropping big names and moving people on. Once he's established his team and his shape, he's been the polar opposite to what we were calling him, the Tinkerman.

"Did he tinker too much? Yes, and it's frustrating as a player when you work on a system all week and on the day of the game he changes it. But that's not a criticism of who he is now.

"When he took over I wasn't prepared to bring those flaws out because it was 12 years since I worked with him, so I thought 'give him a chance'."