Leicester are 33/1 to win next season's Premier League title after completing "the greatest ever sporting upset".

Having started the season at a top price of 5,000/1 - odds which gave Leicester a 0.02 per cent chance of winning the league - the Foxes clinched the most amazing of triumphs when Spurs, needing to win to keep the race alive, could only draw 2-2 at Chelsea on Monday night.

Sky Bet, who expect to take one of the bookmaking industry's heaviest hits by paying out more than £4.5million to Leicester backers, have the Foxes at 33/1 for a repeat in 2016/17.

With Champions League football now awaiting them in the autumn, Leicester can be backed at 50/1 to add that trophy to the King Power Stadium cabinet, while they are 5/1 for another top-four domestic finish. It's 2/5 they finish in the top 10 and 15/8 that they don't.

For those thinking a return to scraps at the other end of the table is now on the cards, the Foxes are 25/1 to be relegated.

"We are shorter about relegation than Leicester winning the league back-to-back for a reason. Next time they've obviously got the European distraction to deal with which is something they've not had before."

Wright's firm, like all the others, make Manchester City pretty strong favourites for the 2016/17 title and he puts that down to "the Pep factor".

"We're working on the assumption that it will be out with the likes of (Yaya) Toure and in with players of the calibre of (Lionel) Messi and (Thomas) Muller.

"You can only assume Guardiola's got assurances of money to spend or that a deal or two is already done."

City are firm favourites at 11/8 but the teams are queuing up behind them with none of the top six in the market being offered at a double-figure price.

Manchester United are 7/1 shots, Spurs can be backed at 8/1 and Liverpool are 9/1 chances.

Spurs are considered most likely to upset that applecart - they can be backed at evens - with Liverpool next at 11/10.

Wright added: "We want Spurs onside this summer. Any other season, they would have been the story, and we think they can contend again."

Sky Bet's payout will be their biggest ever with their PR director Dale Tempest describing Leicester's success as "the greatest ever sporting upset".

"We've searched through the sporting achieves to find anything that compares to Leicester's achievement and nothing comes close," he said. 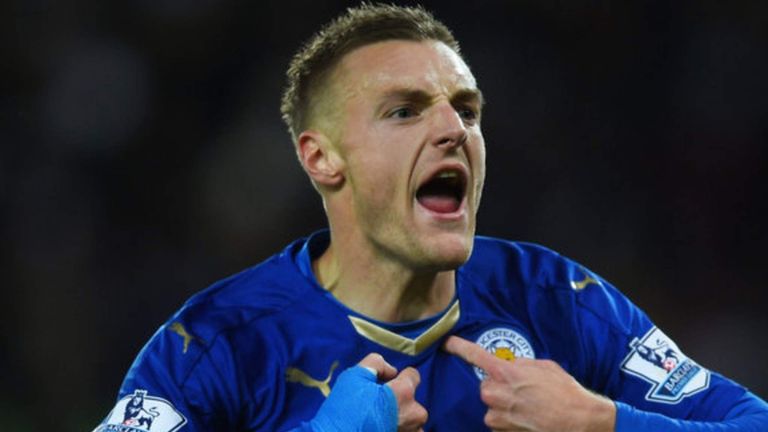 It's the greatest ever sporting upset and, unfortunately for us, the biggest ever single-event pay-out.

"Greece's 2004 Euro win doesn't even come close at 300/1, while Manchester United's most dramatic of wins in the 1999 Champions League final, when they were trailing in added time, still failed to hit four-figure odds.

"It's the greatest ever sporting upset and, unfortunately for us, the biggest ever single-event pay-out. Hats off to those who believed their side could go from surviving the drop to history making champions."