Leicester midfielder James Maddison is out of the Europa League round-of-32 second-leg tie against Slavia Prague; midfielder picked up a hip injury in the win over Aston Villa at the weekend; tie is goalless after the first leg

James Maddison has been ruled out of Leicester's Europa League clash with Slavia Prague.

The England international is unlikely to need surgery but has been in London seeing a specialist over his hip injury.

Maddison, who came off during Sunday's 2-1 Premier League win at Aston Villa, sat out the end of last season and needed an operation on his hip in July.

"He won't be available. He is in consultation with our doctor and some specialists, we are just trying to see where we're at," boss Brendan Rodgers said, ahead of Thursday's tie.

"We don't believe he needs more surgery. It's irritable where he's had the issue before. He's been to London yesterday with our club doctor and he is there today getting another opinion.

"We're confident he doesn't need anything surgical. We just have to get a specialist's opinion on it to formulate a plan for his recovery. 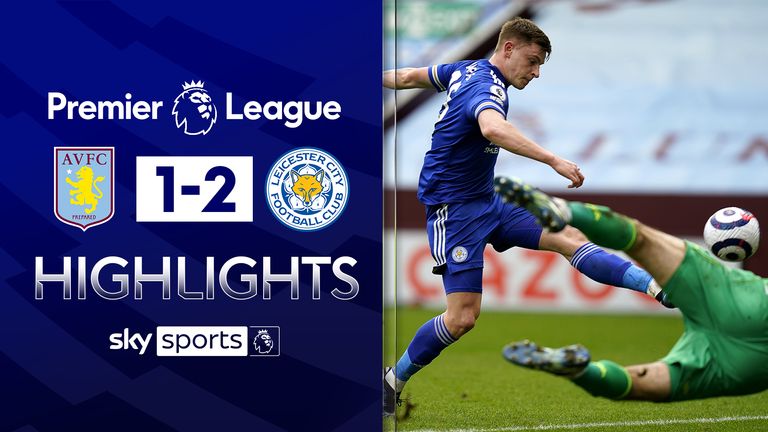 "We'll look to be pretty flexible, we have other players with other attributes. We've had injuries all season and the beauty of this team and squad is they are quite flexible and they are very adaptable."

Leicester host Slavia in the second leg of their last-32 clash after drawing 0-0 in Prague last week.

They are aiming to reach the last 16 and Youri Tielemans believes he is in the perfect place to win silverware as he confirmed he is open to signing a new deal.

Rodgers said earlier this month the club would look to offer Tielemans a new contract even with the Belgium international still tied to the Foxes until 2023. 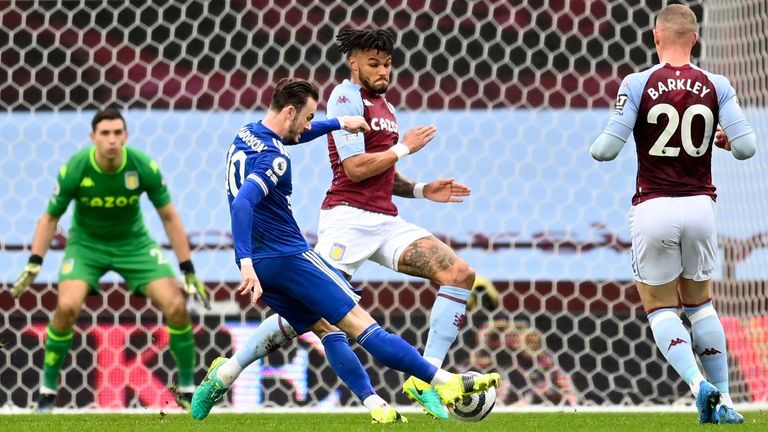 Tielemans is the Foxes' record signing after joining from Monaco for around £35m in 2019 and is happy to stay at the King Power.

He said: "Why not? This is a club where you have the best environment you can have. The people around you just want the best.

"It's brilliant to be here. We'll see what's coming in the future but the environment is perfect to win trophies.

"You can't predict the future but everything around the club and inside the club is made for it."

It will be Tielemans' 41st game of the season for club and country and, while the 23-year-old admits he is tired, he knows Leicester are in pole position to progress.

He said: "We knew it was going to be like this, especially this season, the games are coming very fast. I'm not going to lie and say 'I'm not tired at some point'.

"You can feel the fatigue but when the game is on you forget about everything.

"The position we're in is OK, we've been away and didn't concede. Even though we didn't score we have got everything in our hands.

"We have seen they can play good football and are very physical, it's going to be a good test for us. Not particularly this competition, but in every competition, when you start you always want to go to the end of it."

Meanwhile, Slavia Prague boss Jindrich Trpisovsky has vowed they will not play for penalties.

Slavia gave Chelsea a scare in the quarter-finals of the Europa League two years ago, losing 5-3 on aggregate after a 4-3 defeat at Stamford Bridge.

After last week's home draw against the Foxes, the Czech champions will aim to settle the tie in normal time.

Trpisovsky said: "We haven't practised for penalties, we know there is a possibility it will happen but Leicester are very strong on their home ground.

"We will try to hold them off for as long as possible, hoping the longer we do the more nervous they will get. We wouldn't like the match to be decided on penalties.

"It'll be a careful game. We are used to scoring and we hope the score goes in our favour. We will try to produce the same kind of quality game we did back then [against Chelsea]."