EFL sticking to proposal which would see positions decided by unweighted points-per-game, including promotion and relegation

Championship, League One and League Two clubs will decide whether to change regulations to allow the season to be curtailed due to the coronavirus pandemic on June 8.

The EFL Board has "unanimously" decided to progress with its original plan in the event of curtailment, that would see final positions in League One and League Two decided based on unweighted points-per-game - with promotion and relegation.

Alternative submissions from clubs were considered at a meeting on Wednesday, but the Board is sticking to its proposal, which also means the play-offs would be played in the event of curtailment but should not be extended beyond the regular four teams.

The Championship still intends to complete its final games, though the season in all three leagues could be curtailed as a result of unforeseen circumstances, such as a second spike in the virus or new government advice.

The proposal will now be sent to all clubs to consider ahead of a meeting on Monday, June 8, when clubs will vote on whether to change the regulations to allow the season to be curtailed. Another vote will be required to agree to curtail the season, which is likely very soon after June 8.

Any club wishing to propose an alternative 'regulation change' has until Tuesday, June 2, to present to the EFL.

Following that clubs will receive a notice to consider the original proposal and any other qualifying regulation change proposal.

An EFL statement read: "After a full and comprehensive review of the club submissions, alongside consideration of views stated at the club meetings of 13 and 15 May 2020, the Board unanimously agreed to continue with the original approach and is now proposing to call a meeting of clubs on Monday 8 June 2020 to consider and, if thought fit, approve the proposals to introduce the Regulation change."

There have been disagreements between the League One clubs over how to continue the campaign and, any decision to curtail the season, will only take place if the clubs vote in favour of doing so. 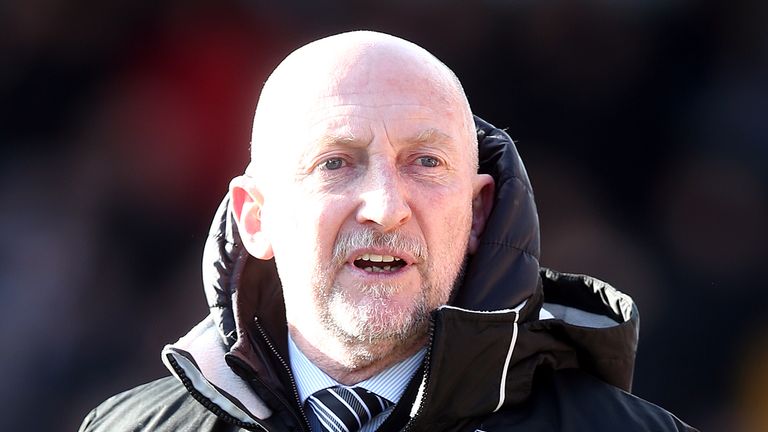 League Two clubs have already voted to end their season early, pending approval from the EFL and the FA, but that was before the EFL then said that relegation across all three divisions of the EFL is "integral" to the integrity of the competition.

Under the EFL's proposal, Stevenage are set to be relegated from League Two.