With the amount of experience he already has in the game, it is hard to believe Liam Manning is still only 35.

Realising early on that he was never likely to reach the top as a player, Manning decided to forge a different route entirely. And his journey since has taken him from Ipswich and West Ham to New York and Belgium.

Now head coach at MK Dons, he has been tipped as one of the most promising young bosses in the country, and in his first full month at the club he won the Sky Bet League One Manager of the Month award for September.

Our chat starts, rather aptly, at the beginning.

Having spent time in the youth teams at Norwich and Ipswich - eventually being released by the latter in 2005 - he then had a brief stint playing in Iceland. In his early 20s he was faced with a decision to keep pursuing the playing dream, or have a punt at taking the next step early.

"It was a tough one," Manning recalls in an interview with League of 72 for Sky Sports. "It was just about getting my head around the fact I was never going to have a high-level career. It was a really difficult decision to come to terms with, and one a lot of young players go through. It was something I had to do gradually.

"It wasn't an easy time mentally. I had no real concrete offers on the table, and a few trials hadn't gone that well. I'm only about 5ft8, so I didn't really fit in with what a lot of clubs in the lower leagues were looking for.

"I had to ask myself if I wanted to keep chasing yearly contracts on small amounts of money, or if I wanted to actually go and forge a career in a different area of the game.

"I started playing semi-professionally and actually enjoyed it a lot more than playing for some clubs higher up for short stints. It actually helped me fall in love with the game again. Then, Ipswich asked me if I wanted to come and coach and it sort of fell into place."

The next thing Manning knew, he was working with age-group sides for Ipswich, taking on the kinds of jobs in his early 20s that most would not be doing for another 10-15 years down the line of their careers. What he lacked in experience at that stage he made up for in terms of his youthful exuberance and recent understanding of academy life.

"I think it helped definitely," he says. "Don't get me wrong it was really nerve-racking! But I was fortunate to work in the academy with people who were really good at empowering me to lead things with the U13s and U14s groups, without too much pressure and fear of making mistakes.

"I was working with development centres, taking a local girls' side, just getting as many hours of coaching in as possible. Some of it was so I could get by financially, but more of it was to gain opportunities to coach and get better at it."

The work and the hours paid off. In 2015, before he had even turned 30, he caught the eye of West Ham and had been recruited. Moving from Ipswich's academy to manage the U23s of a Premier League club.

He underwent something of a baptism of fire, too.

"A week, maybe two weeks in the manager hadn't been appointed and I remember taking a session with the Europa League group," Manning recalls. "Pretty quickly I'd gone from U16s at Ipswich to working with first-team players at West Ham!

"I was a bit nervous about it, but it is good to get out of your comfort zone and challenge yourself. It was a really good opportunity and I'm so grateful for [West Ham academy manager] Terry Westley for taking me there.

"Culturally it was different, too. Going from sleepy Suffolk to a very diverse academy at West Ham and working with a totally different type of player. I learnt a huge amount in terms of how to handle different people, and there was also the sheer scale of the club. I didn't really realise how big it was until I joined."

One of Manning's major success stories from his time at West Ham was helping Declan Rice progress from the youth setup to the senior squad. He has taken great pleasure in seeing him star for the Hammers and England, but has also always taken as much joy in seeing young players grow as people, as well as footballers.

"It is probably the biggest buzz of being an academy coach," he says. "After all the energy you have put in, all the conversations, the one-to-ones, the work on the pitch. Dec is a terrific player and person first and foremost, and I'm delighted he's gone on to have the career he's had so far.

"But I also take huge pride in seeing players go on to make a success of it in other industries. I worked with a guy at West Ham called Alex Pike who didn't quite get to that level, and he decided to go and be an underwriter in the city.

"I find that just as rewarding, because it is about developing players and developing people. The onus is on academies to develop the person first and develop the behaviours that help you be a successful person, then we'll develop you as a footballer on top of that."

Four years at West Ham would follow, before another offer would come in. This wasn't just a move to another club, however. It was a leap to another continent, as he was headhunted by the City Football Group (CFG) to join New York City FC as director of their academy in 2019.

It was another incredible opportunity he couldn't refuse.

"West Ham had predominantly English staff, and suddenly I was working in a new city abroad at a club with 13 nationalities on the staff and 42 within the academy," he says.

"It was an opportunity to build an academy and create the best culture we could. I was able to take some of the good things from my time in England and also implement a few things we couldn't do there in New York.

"I really enjoyed my time there and it helped me become a better coach long term."

But one thing was missing. Manning was a coach by nature and as much as he relished the opportunity to develop, expand and grow the academy in New York, he greatly missed the time out on the pitch.

A year later, as CFG expanded its portfolio by purchasing a Belgian second-tier club by the name of Lommel SK, Manning was soon back on his way to Europe.

"It did happen quicker than I expected," he admits. "I knew CFG were buying development clubs, and when the job at Lommel came up they asked if I was interested in applying for it, and fortunately I was offered it.

"New York was great from a development point of view, but there was always a lifespan on that job because I missed being out on the grass. That's the opportunity going to Belgium provided.

"I probably didn't have the pressure of a normal first-team manager there, because I was sent to build a culture from scratch. They understood it was a project that would take time to get to where they wanted it, and there wasn't the pressure there to win games. The priority was to build a culture and play a certain style of football, with a huge emphasis on developing players."

It only took another year and opportunity knocked again for Manning. On the eve of the start of the new season in Belgium, a call came in to say that MK Dons were interested in speaking to him about their vacant management role, after Russell Martin had left for Swansea. 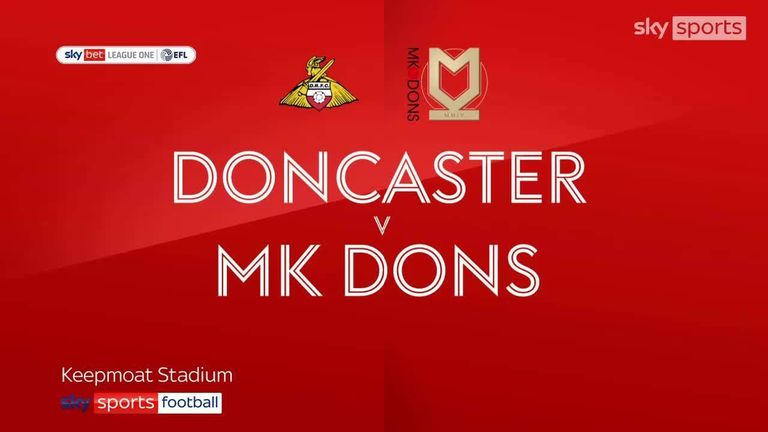 "It was really difficult," he says. "I had security with CFG and it was another international move, but I've never followed the conventional, comfortable route. I wanted to challenge and stretch myself.

"Knowing the club and the facility here, to be able to come back to the UK to such a competitive league was too good an opportunity to turn down.

Within days Manning was back in England, taking charge of MK Dons in their first home game of the season against Sunderland.

"I got back from Belgium on a Thursday evening," he remembers. "Watched training and then jumped in and took the game on Saturday. There wasn't much time to think about it, which might have been a good thing. It was a great learning experience, and the group we've got made things a lot easier."

That first game ended in defeat, but they have lost just once since and currently occupy sixth spot in a League One table that is set to be one of the most competitive in years.

Safe to say a man who has never taken the easy route or the easy decision is relishing the challenge.

"I've loved every minute," he says. "I love the intensity, the game days. It's a real challenge for the staff to switch off during a season that will have a minimum of 51 games. It's a lot of planning, post-match work and reviews. How do you coach players with so little time for sessions? We didn't have a pre-season so we had to learn on the fly to build on and tweak what the guys did last year.

"We know where we want to get to, but the biggest thing for me is concentrating on the present. Why invest loads of time looking too far ahead? We need to concentrate on the now and work as hard as we can. We just want to be the best versions of ourselves, and that's what we're striving to do every day here."

The best version of Manning already seems to be a good one. If he keeps going on the same trajectory, it could well take him all the way to the top.