Steven Gerrard admits he has let Queen of the South down by recalling Robby McCrorie but insists his difficult decision could help make the young goalkeeper an Ibrox star of the future.

The 21-year-old is currently on loan in Dumfries but is now poised to join Livingston for the remainder of the season.

He could even make his debut for Gary Holt's side at home to St Johnstone on Wednesday night after joining up with his new Lions team-mates for Tuesday's final training session.

Both Hearts and Hibernian were interested in the Scotland U21 international but it is Livi who have won the race.

The decision will come as a bitter blow to Doonhamers, who have come to rely on McCrorie during the first half of the season.

He was supposed to spend the entire campaign on loan at Palmerston but the Dumfries outfit now face a scramble to find a replacement.

However, while Gerrard regrets letting Queens down, he insists making the Livingston move is the right thing for McCrorie if he is to stand the best possible chance of fulfilling his dream of one day replacing Allan McGregor in the Rangers line-up. 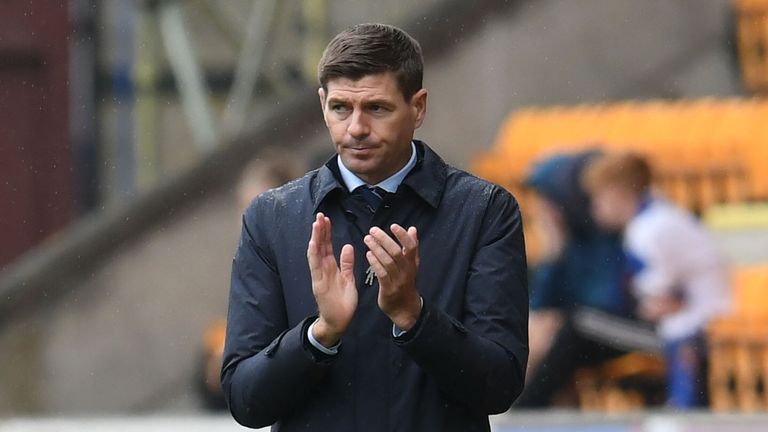 If Robby keeps developing at the speed he is then I've got no doubt he can come back here and effect the two main positions here for the goalkeeping position.

He said: "There is also something bubbling away with young Robby McCrorie. There's an opportunity for him to play in the Premiership.

"It will be brilliant for his development to play in the Premiership.

"We really respect the job Queens have done and it's not something we wanted to do by taking a 'keeper off someone.

"But when the kids gets the opportunity to play a league above, to better himself and the chance to play in the Premiership then it gives him a better chance of coming back here and playing for Rangers.

"For the kid it's a no-brainer. Slightly awkward for us as we don't want to let anyone down.

"Queen of the South probably thought they would have Robby for the full year but we have to forget about that and think what's best for the kid himself. It's too good an opportunity to turn down.

"I rate him very highly. If Robby keeps developing at the speed he is then I've got no doubt he can come back here and effect the two main positions here for the goalkeeping position."

But while Greg Docherty's Sunderland switch has hit a snag, Gerrard says there is no shortage of interest in the midfielder.

He said: "Jamie Barjonas has gone to Partick Thistle for a short loan. He needs to play.

"Jamie Murphy is the same. He's been first-class to be fair. He's been working ever so hard but we've found it hard to get him the minutes and games that he wants, especially after his big injury.

"So I think it would be good for him to go play for Burton. Docherty is still about. The kid has got a lot of interest because of the success he had on loan at Shrewsbury.

"There's a lot of respect for Doc down in League One and also some in the Championship. He's got a few things bubbling away but nothing to report just yet."