Ollie Watkins has been drafted into Gareth Southgate's squad for the first time for World Cup qualifiers against San Marino, Albania and Poland; he has already sought out Tottenham striker Kane for some advice 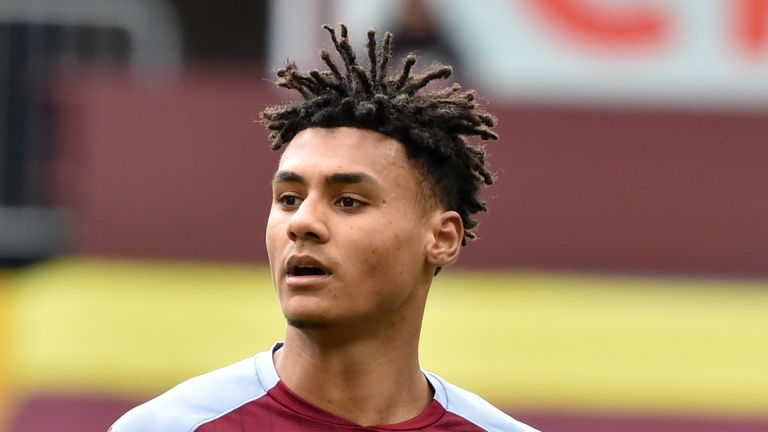 Aston Villa striker Ollie Watkins is keen to learn from England captain Harry Kane as he looks to make his international debut.

The 25-year-old, who has scored 12 times this season, has been drafted into Gareth Southgate's squad for the first time for World Cup qualifiers against San Marino, Albania and Poland.

He has already sought out Tottenham striker Kane for some advice.

"I spoke to him a couple of times. I just asked him how he trains, how he looks after himself, just to get some inside knowledge on how he works," Watkins told a press conference.

"He is someone I can definitely learn off on a day-to-day basis."

Watkins has enjoyed something of a rapid rise as he was playing for Weston-super-Mare six years ago and only made his Premier League debut in September.

He is determined to enjoy every moment of his England experience.

"It's a nice feeling being here. I'm just trying to take it all in. I am excited to be here," he added.

"Looking back it has been a bit of a journey, but it's been a great journey. I've had some tough times on the way but also some good ones.

"It is a bit of a shock but enjoyable as well. It would be a dream to make my debut."

Asked whether he had eyes on a place in the Euro 2020 squad considering it was only three months away, Watkins said: "I'm not trying to think too far ahead, I just take each training session as it comes and focus on the next - that's what I always got told.

"I'm going to try to enjoy this week, work hard, make a good impression and see where it goes from there.

"After that perform week in, week out for my club and see what happens." There has been some debate recently over taking the knee in support of the Black Lives Matter movement and whether it is still a worthwhile gesture.

Villa - and now England - team-mate Tyrone Mings believes it is right to continue, and Watkins agrees.

"We have a team meeting about that tonight (Tuesday). I think it is important we keep doing it," he added.

"It is a very touchy subject and I think it is a very powerful message, people are still talking about it and it reminds people why we are doing it."