Phil Foden delivered a goalscoring performance on his return to the starting line-up for England's 3-0 win over Wales at the World Cup. The Manchester City player helped turn the game once moved to the left and that is not a coincidence, writes Adam Bate

"He is a great option in two or three positions and he will have a big impact," said Gareth Southgate amid the clamour for Phil Foden's inclusion. He made that impact in his second position of the night in England's emphatic 3-0 win over Wales.

After playing on the right side of the forward line in the first half, Foden unlocked the game from the left early in the second. Marcus Rashford deserved the player of the match award for his two goals but this game showed what Foden can bring to the team too.

It was Foden whose driving run earned the free-kick from which Rashford scored. It was Foden who was there to turn in the second goal just moments later, a passage of play that began with him pressing the full-back to pass the ball backwards from the kick-off.

There had been pressure on him going into this game. Southgate was aware of the fuss that followed Foden staying on the bench throughout that stalemate against the United States. Jude Bellingham referenced that pressure in his interview after this win.

There were signs of that tension in the first half. A shot dragged wide of the near post. The next attempt, after some extraordinary skill from Bellingham, blazed beyond the far post. The change in Foden - and in the game - came when he was moved to the left wing.

It was interesting that Southgate explained his reluctance to play Foden in midfield on the basis that he does not play there for Manchester City. Since operating deeper against Hungary last year, the England boss has started him six times on the right wing.

But Foden has had most of his minutes on the left for Pep Guardiola in the Premier League this season. While it has become customary for players to come inside on their stronger foot, this is someone with the pace and the technique to do that even from the left. 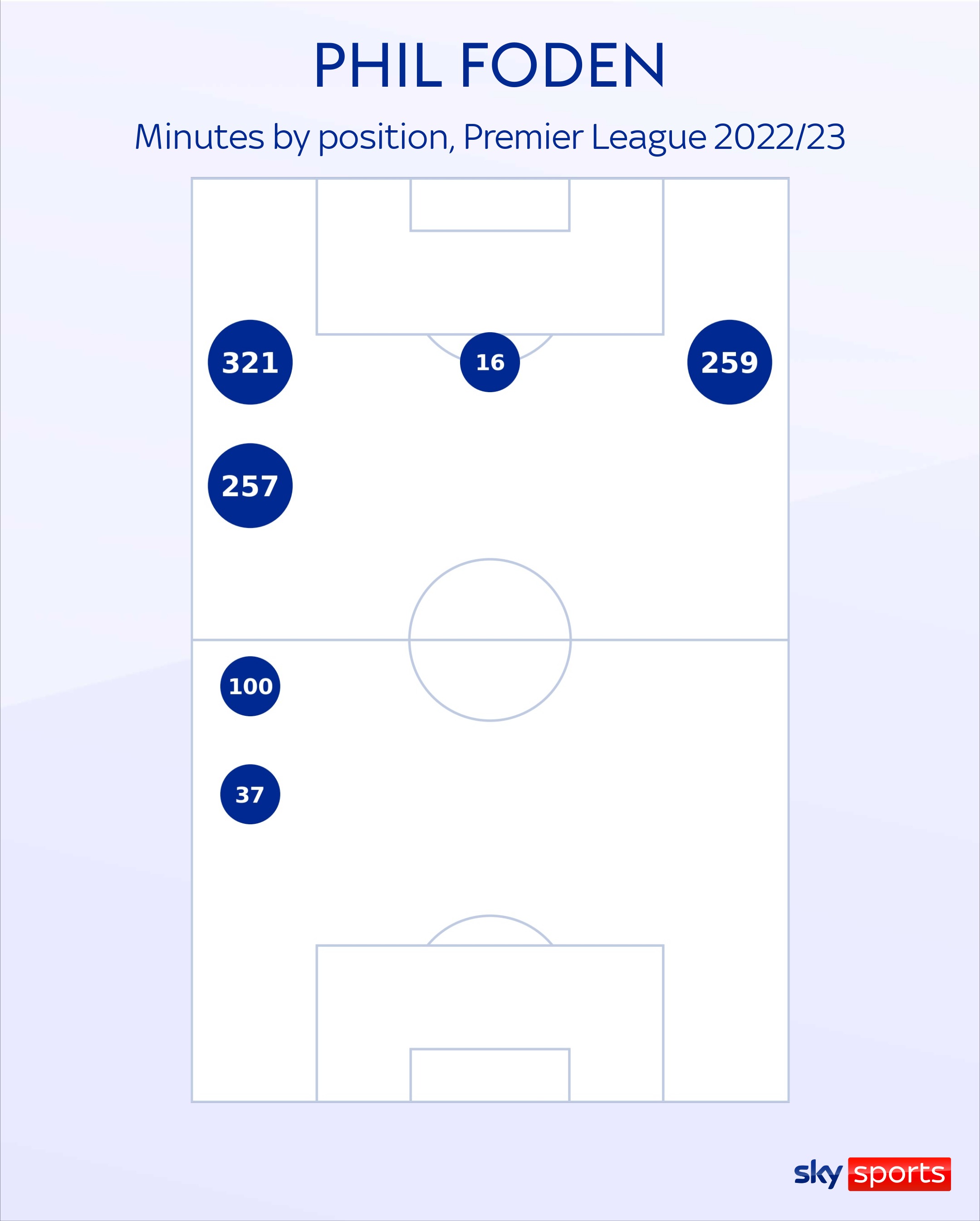 Crucially, playing on that flank also opens up the possibility of finishing from wide on his favoured foot. That is what happened for his goal. It was his first for England in over two years but the sort of strike that has become a familiar finish for fans of Manchester City.

His Premier League goal map shows that it is a productive zone for him but it is a position that he is less likely to find himself when playing from the right. For all the talk of Foden being a creator, the statistics suggest that finishing is a bigger feature of his game.

Foden has said that he sees himself as one of those attacking midfielders in the middle at Manchester City, eventually. But Pep Guardiola does not play him as a midfielder. "His club do not do that so there must be a reason," said Southgate this week.

"The discussion around just plopping Phil in as a No 10 in every game is not realistic. From the wide areas it is different, the defensive responsibility is different. As a No 10, you have to cover a lot more ground and be more aware of the spaces without the ball."

Southgate's reasoning centres on defensive discipline but the argument could be made just as easily by focusing on the player's strengths rather than his weaknesses. For now, Foden is a finisher. He can create from deep but he is at his best higher up the pitch.

Even in what Southgate described as his "quiet" first half, there was a dangerous run through the middle when Foden evaded two opposition players before sliding the ball to Kane. It might have led to the opening goal had Rashford's cross been better.

It was interesting that Rashford, a player said to favour cutting in from the left, should once again score from the right. Erik ten Hag addressed that earlier this month. "If you see his stats, I think he scores across all the three positions up front almost equally."

That might make Rashford undroppable against Senegal, but what of Foden? With Jack Grealish seemingly locked as Southgate's go-to bench option, much will depend on whether the England manager is tempted into recalling Raheem Sterling or Bukayo Saka.

Ultimately, though, this was a game that highlighted the flexibility of Southgate's wide forwards. It is already apparent that he has depth there. But sometimes the bench is not required. Only a tweak that gets Phil Foden into his most effective position right now.