Aston Villa's Anwar El Ghazi has topped the form chart after netting his fifth goal in as many games during a 1-1 draw at Chelsea, with 'keeper Emiliano Martinez (No 3) maintaining a lofty position ahead of team-mates Bertrand Traore (No 6) and Jack Grealish (No 13).

Manchester United forward Marcus Rashford bounced back into runner-up spot following his stoppage-time winner against Wolves, assisted by Bruno Fernandes - who held his No 6 spot for a second successive matchday.

Leicester's Harvey Barnes (No 4) scored for the second game running in a 1-1 draw at Crystal Palace, while West Ham midfielder Tomas Soucek (No 8) retained a top-10 standing after a goalless draw at Southampton. 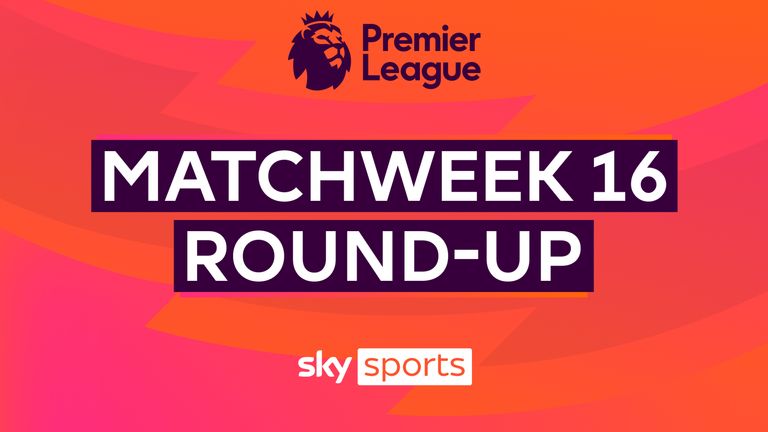 A round-up of the action from matchweek 15 in the Premier League as Liverpool travelled to Newcastle and Manchester United hosted Wolves.

Everton's fixture was postponed after a coronavirus outbreak among scheduled visitors Manchester City, but Yerry MIna (No 5) and Ederson (No 10) remained among the elite, based on their past five league performances.

A raft of Leeds players powered towards the upper echelons of the rankings after their 5-0 rout at West Brom - led by stopper Illan Meslier (No 9), followed by five team-mates among the top 20.

The fourth episode will air on Friday, January 8, with repeats on-demand. Do the Premier League's statistical leaders make the cut in this month's XI, or do the fans' favourites earn starting berths? Tune in to Sky Sports Premier League to find out...

The £1,000,000 returns for one week only. Enter your Super 6 predictions for free and you could become a millionaire!