Jose Mourinho, Vitor Frade and the influence of tactical periodisation

The methodology shaping the thinking at top Premier League clubs

Jose Mourinho revolutionised training in England thanks to the ideas of Vitor Frade and that legacy lives on this pre-season. With the help of one of Frade’s famous students in Carlos Carvalhal, Adam Bate examines the roots of tactical periodisation and why the ideological debate about it is still having an impact in the Premier League right now…

For many players, pre-season means running. The fitness work feels endless. Keep going until you feel sick then go some more. As for the ball, forget about it. All in good time.

That was the old way but most of the top clubs do things very differently these days. Some are even following a methodology that was formulated not on the green fields of England but inside the classrooms of Portugal. These clubs are led by coaches who are inspired by ideas devised by the Portuguese academic Vitor Frade at the University of Porto.

Frade is no household name but his reputation within the game is huge and his influence can hardly be overstated. Jose Mourinho was a high-profile early advocate, transforming the nature of training ground preparation in English football as a result. Frade is routinely described as a genius and his impact is everywhere in the modern Premier League.

Compatriots Marco Silva and Nuno Espirito Santo have been inspired by his methodology. Leicester manager Brendan Rodgers picked up on it during his time at Chelsea. Liverpool assistant Pep Lijnders is an admirer too. Similar approaches are used by Pep Guardiola and Mauricio Pochettino, meaning that his fingerprints are all over the country's top teams.

"Vitor Frade is the brain of it all," Carlos Carvalhal tells Sky Sports. "He is the brain of a thing called tactical periodisation. You could call him a kind of scientist but he is a very practical scientist because he worked at Porto under Sir Bobby Robson and he did his work on the pitch. At the same time, he was very academic and clever. He is a fascinating man."

Carvalhal's relationship with Frade dates back to his youth.

"He was my teacher at the University of Porto," he explains. "When you go to the classes you must learn about genetics and complexity theory. I was 27 when we started tactical periodisation. I studied for five years, three of them just doing football under him, and it was during that time that I gave my contribution to tactical periodisation with my thesis."

What is tactical periodisation?

Explaining tactical periodisation can be complicated but the premise is relatively simple. A good starting point is to completely reject the notion of physical training in isolation.

Speaking at a coaching conference in 2005, Mourinho said: "Many clubs do fitness work separately sending players for 45 minutes with a fitness coach, but I don't believe in this. I do not believe in practising skills separately. You have to put together all these aspects in a match situation. There are exercises that can improve your physical qualities using the ball."

His success helped transform how teams prepare so totally that it is worth noting this was not the accepted wisdom at the time. "For our generation, it was unheard of to get footballs out in the first pre-season session," John Terry told Monday Night Football. "He told us that you never see a pianist running around a piano, you see a pianist work on the piano."

Carvalhal offers an analogy about building a house before opting for a simpler explanation of the thinking that guides this methodology. "We understand the importance of the physical, the technical and the psychological," he says, "but in this periodisation what controls everything is the tactical. This is why it is called tactical periodisation.

"We look at our players. We decide the system that we want to play, the idea that we want to create, and from there, from the very first day of pre-season, we draw up exercises to follow our idea. So, from the beginning, we work with high intensity with more time to work. Day by day we progress the intensity to prepare for the first game of the season."

The importance of Jose Mourinho…

“Jose Mourinho was the first world-renowned coach that used this methodology and publicly declare his belief in it, so his importance has been huge,” Vieira tells Sky Sports.

“This methodology is now spread all over the globe because people who have been influenced by the professor are coaching now in many different countries. Hundreds of people have already travelled to Porto to meet and discuss football with Vitor Frade.”

The future for tactical periodisation…

“First of all, it’s still an unknown methodology for most people. And people are always afraid of new things, especially if they become fashionable. For example, one of the most common misunderstanding is to think tactical periodisation is just training with the ball.

“Also, the fact that tactical periodisation has a different understanding of the game and the human body, fitness coaches and all the sport science staff tend to see it as a threat to their role. But there are no objective reasons for that. Under tactical periodisation everyone can participate. It’s just a different approach. One that we believe leads to better football.”

Carvalhal is reluctant to boil down 30 years of study into a 30-minute conversation. Given that Frade himself recently concluded a conference on tactical periodisation with a lengthy outburst detailing everything that tactical periodisation is not, perhaps that is understandable. His former student is anxious to stress that true understanding takes time.

"Some people think that just by integrating their pre-season training they are automatically doing tactical periodisation, but they are not. It's not like that. You can't really understand it unless you understand complexity theory. We learnt a lot of things outside of football. When you have this all in your brain, it all starts to become clear to you. But it takes study."

Why does this methodology help?

The result is that teams adopting tactical periodisation have the chance to focus more on game preparation, giving them the opportunity to be more tactically sophisticated as they are not wasting precious training ground time in a fragmented way. This is much more than just training without the football, it is a holistic approach to the game of football.

The physical work still gets done but it gets done in other ways.

"The physical part is very important but look at the GPS of our players. They run a lot with high intensity both with and without the ball but they run differently because they are running with an idea of how to help the team. They don't run around the pitch or up the mountain. They run playing football. They probably run more than if there wasn't a ball."

This is a point that Terry, the long-time Chelsea captain, made about Mourinho's sessions. "We probably covered more distance with the ball than we would have done without it," he said. The difference is that players tend to enjoy this more than if they were on the running track or in the classroom watching videos. Bringing it together makes for a happier squad.

"Players enjoy this way of working," says Carvalhal. "When I first went to England with Sheffield Wednesday, the reaction from the players was amazing. It was very hard but it was more attractive to them to train in the way that we wanted to play. They were excited about it, especially in the first year, when it was new to them, and they received the ideas well."

Is this the future of football coaching?

This question of player satisfaction is an interesting one given the noises coming out of the Manchester United camp. Ole Gunnar Solskjaer has made fitness a priority in pre-season with Marcus Rashford and Scott McTominay speaking positively about the experience. McTominay has suggested that many of the squad have never done work like it before.

However, there have also been reports of unhappiness from unnamed players because of the amount of running in pre-season. Understandably, there is little sympathy among supporters. The idea of the team working hard in pre-season appeals to the public. But are they working smart? That's the question that interests advocates of tactical periodisation. 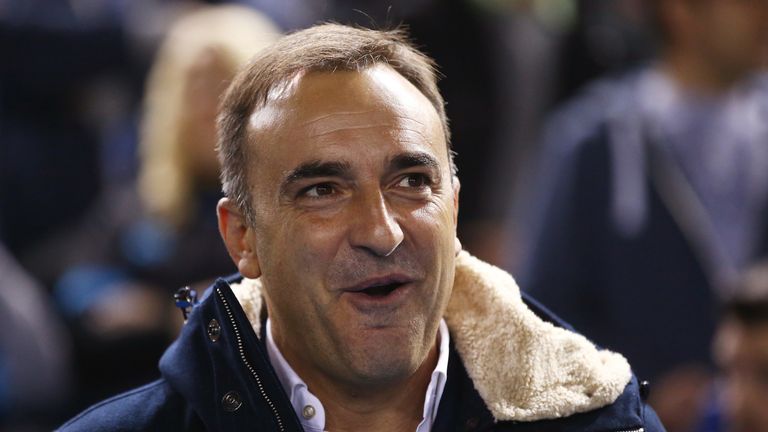 In Porto, because we have the culture of this methodology, if you don't follow it then, let me tell you, the players will not follow it. They will ask you why they are being told to run around a pitch when they are footballers.

"With so many teams doing it so well, what becomes difficult is what happens afterwards when you leave and another manager comes in with different ideas," says Carvalhal. "This is very difficult for some players because they were working to improve their game and if they smell this improvement I don't know any player who doesn't want to become better.

"In Porto, because we have the culture of this methodology, if you don't follow it then, let me tell you, the players will not follow it. They will not understand you. They will ask you why they are being told to run around a pitch when they are footballers. Portuguese managers work with the ball. Mourinho was working like this a long time ago.

"This is the Portuguese way."

It might not be the Manchester United way right now but the direction of travel in football coaching suggests that there are more and more believers in tactical periodisation. More and more who believe in the methodology of a man called Vitor Frade.

"They come from Japan and United States, from Spain and England to talk with him and try to learn," says Carvalhal. "A guy came from Brazil to study tactical periodisation and wrote a very good book on it. I can tell you that I have had more than 100 people asking to see our training sessions, more than 100. A lot of people are still curious about it."

Frade might not be famous, but he continues to have a big impact on how the game is being coached - and what the game's greatest players are being asked to do this pre-season.