The Argentina attacking midfielder has only 12 months left to run on his current contract at the London Stadium and is yet to sign an extension.

West Ham do hold an option to extend Lanzini's deal by a further two years, but they are determined to ensure he has a contract with the club beyond 2022.

Sky Sports News understands West Ham have made significant progress in recent weeks and are confident Lanzini will now put pen-to-paper on a new deal.

When asked about his future in a recent interview with Sky Sports News, Lanzini said: "Yes, we are talking with the club about staying and, of course, I want to stay. 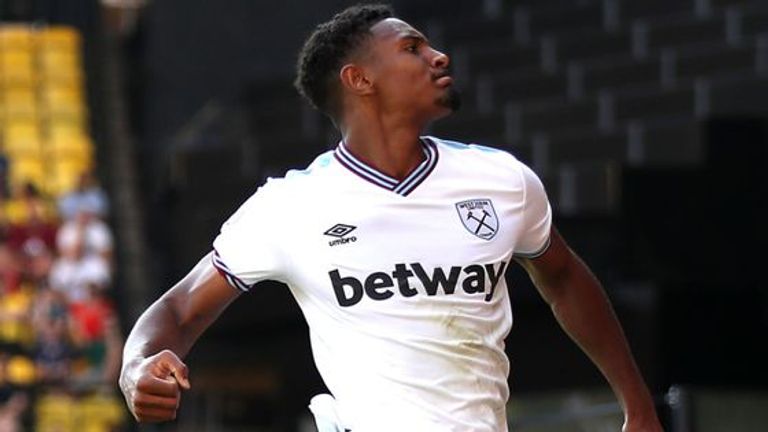 Highlights from West Ham's win over Watford in the Premier League

"It is like my home. It is my fifth season now, I love the fans, the fans love me and the club is amazing."

Lanzini suffered a cruciate knee ligament injury last summer which ruled him out of the 2018 World Cup in Russia and left him on the sidelines for eight months.

Given the serious nature of the injury, West Ham wanted to see how the 26-year-old fared on his return to first-team action before beginning talks over a new contract.

Lanzini made his return from injury last February in a 3-1 victory over Fulham, but arguably struggled to return to his very best form before the end of last season as he worked his way back to full fitness.

How has Lanzini fared so far this season?

Following a full pre-season, Lanzini appears to have returned to the form he showed prior to his devastating knee injury.

He was West Ham's best player during pre-season and showed his ability to add goals from midfield, scoring in three successive friendlies against Fulham, Hertha Berlin and Athletic Bilbao.

Lanzini has continued that form into the new season and was a standout performer in the 1-1 draw at Brighton earlier this month, providing the assist for Javier Hernandez to open the scoring at the Amex Stadium.

West Ham beat Watford 3-1 at Vicarage Road on Saturday to secure their first win of the season, with Lanzini once again influential. He showed composure and quick feet in the penalty area to win a spot-kick in the second minute of the match, which captain Mark Noble converted.

Lanzini remained a constant thorn in the Watford defence and provided the corner that led to Sebastien Haller's second goal of the game.

Why do West Ham need him to stay?

Manager Manuel Pellegrini, director of football Mario Husillos and co-owner David Sullivan have built a squad with an abundance of attacking talent.

Lanzini - nicknamed 'The Jewel' - is a key component of West Ham's creative options and has consistently shown his ability to be the man relied upon. 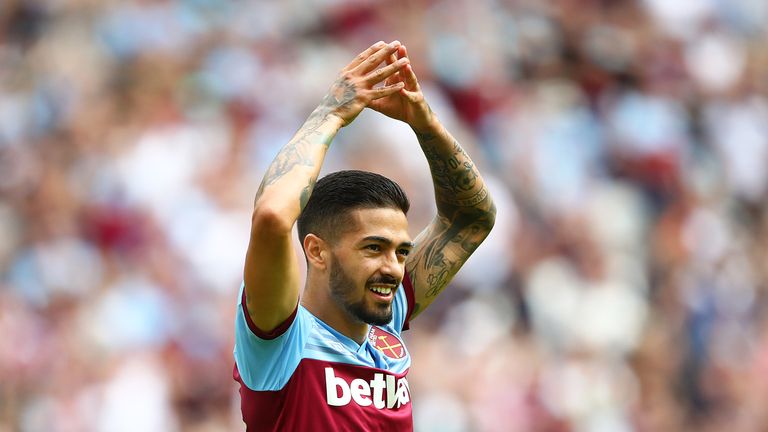 His ability to collect the ball from deep, drive forward and create scoring opportunities for his team-mates is invaluable to the way Pellegrini wants to play.

He has shown himself an able finisher in front of goal and has the pedigree to capitalise on dead-ball situations.

Lanzini is arguably entering the peak years of his career and, as he showed against Brighton and Watford, appears ready to take on the role of talisman at West Ham.

How significant will this be for West Ham?

West Ham are keen to retain their very best talent and the contract extension for Lanzini will send out a signal of intent from the club.

In recent years, they have had to deal with the problematic sales of Dimitri Payet and Marko Arnautovic, which affected the playing squad and did not represent a great financial return for the club.

Pellegrini now has a settled squad to choose from and retaining Lanzini will only help boost his aim of securing European football this season.

Prior to his injury, Lanzini had been linked with a move away from the club with Liverpool mooted as a potential suitor for him.

But, with a new contract likely to see Lanzini spend the best years of his career with the club, West Ham will hope any suggestion of them being a selling club will have reduced significantly.