A deal could be agreed on Wednesday

Tottenham are in talks with Jose Mourinho to replace the sacked Mauricio Pochettino and both sides believe a deal is close.

Talks continued into Tuesday night, while both sides believe a deal is close and will be concluded by Wednesday. His first game would be at West Ham on Saturday lunchtime.

Mourinho has been out of work since being sacked by Manchester United in December last year.

Sky Sports reported last month that Mourinho is keen to return to English football because of a desire to win major trophies with a third Premier League club.

Pochettino was sacked by Spurs on Tuesday evening.

However, one of the bookies' favourites to replace Pochettino, RB Leipzig head coach Julian Nagelsmann is unlikely to be heading to North London.

Sky Sports News has learned any potential suitors are likely to face a struggle to release Nagelsmann from his present deal in Germany.

Bayern Munich and Manchester United have also shown an interest in the 32-year-old in recent months.

Leipzig sit second in the Bundesliga and top of their Champions' League Group and are understood to be unwilling to let Nagelsmann leave, having waited a year for him to join from Hoffenheim before the start of the season.

"If Jose wants to get into top-level management, you've only got to look at his CV," he said on Sky Sports News. "People question the Manchester United job, but his career as a whole has been hugely successful, and that's one thing Tottenham have lacked at the moment.

"As well as Pochettino has done, they haven't quite got over the line to get a trophy, and that's what Jose Mourinho does when he goes to a club."

Redknapp: Jose would be intriguing 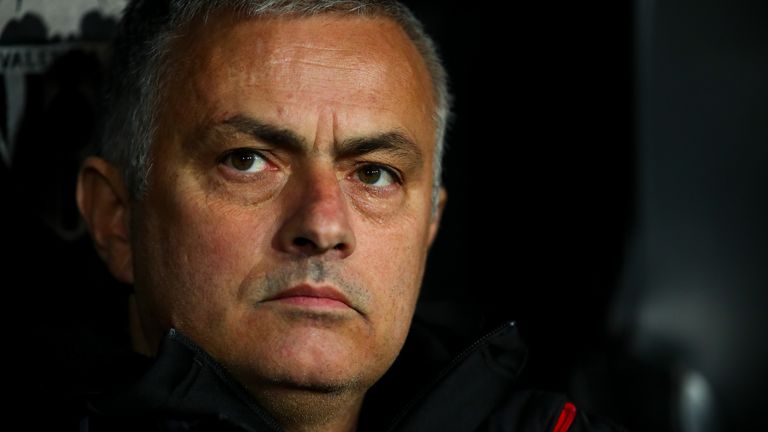 Sky Sports pundit Jamie Redknapp would be intrigued to see if Tottenham would give the former Chelsea and Manchester United boss the money he usually desires.

"I'd be surprised if they don't strike quickly," Redknapp said on Sky Sports News. "Jose would be the candidate that everyone would look at; he's out of work right now, he's a winner, his pedigree is as good as anyone's in world football.

"Is he the right fit for Tottenham? It's interesting, as Jose likes to spend money, and Daniel doesn't, and Jose would want to get some really big names into the building.

"He likes experience, and isn't really one for playing young players, but you can't argue with what he's done in the game, right now he would be the outstanding candidate. There aren't many out-of-work managers who could live with his pedigree."

Analysis: Who next for Spurs?

"The fact that we are told Mourinho is a serious contender shouldn't surprise too many people. But it would be a sensational turn of events.

"Ultimately Pochettino has paid a price for results. They haven't won a Premier League away game since January. Inevitably questions will now be asked about what next. Mourinho? What a story that would be.

"We shouldn't lose sight of what a difficult decision this has been for Tottenham. Daniel Levy said they were 'extremely reluctant' to lose him and another senior figure at the club said it has been 'a tough day' and 'a decision we hoped we wouldn't have to make.'"