By Adam Bate at Villa Park 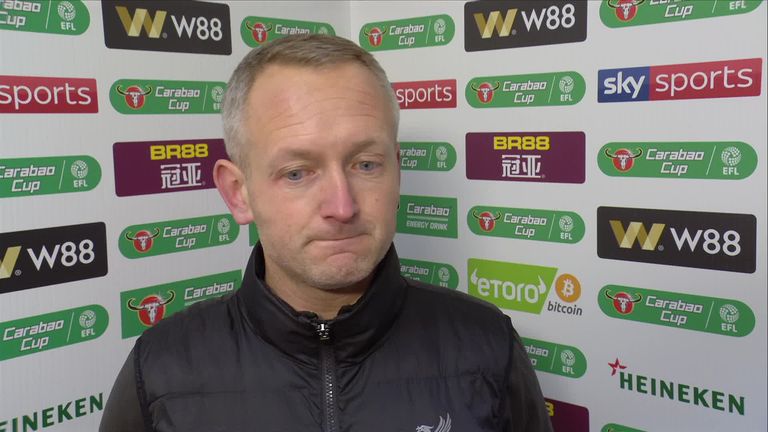 Neil Critchley spoke of his "incredible pride" following Liverpool's 5-0 defeat to Aston Villa - and revealed a word of half-time advice from Jurgen Klopp.

The Liverpool U23 boss oversaw the Carabao Cup quarter-final defeat at Villa Park with the senior squad out in Qatar to contest the Club World Cup.

Although the result was a difficult one for a Liverpool team with an average age of just 19 years and six months, the club's youngest ever, Critchley was delighted with the application.

"I thought we were magnificent from the first whistle," he told Sky Sports. 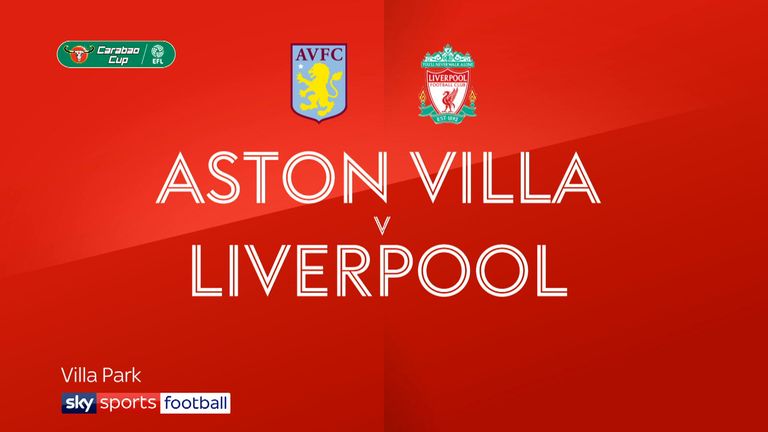 "The start to the game was fantastic, we had a couple of chances, we were there from the first moment and we were really unfortunate to concede from a free-kick and a cruel deflection. You then find yourself 2-0 down thinking we've actually played well.

"For long periods of the game I thought we were well in the game, but you get a harsh reality of the quality you're facing. We ran out of legs and steam a bit in the second half, which is understandable, but it was an incredible night and I don't think any of us wanted it to end.

"The support we had was unbelievable. They were well aware of the team that was going to take to the pitch tonight and they've come here in their thousands and stayed until the end and clapped them. That was a special moment for myself and my players."

Klopp's support came from far away with the Liverpool manager in Doha but that did not prevent his presence from being felt at half-time, as Critchley revealed.

"We had some information at half-time from the manager, basically to keep playing the way we were playing, keep being brave, and keep doing what we were doing," he explained in the post-match press conference.

"He was out there watching with the staff and the players and I am sure he will be proud of the way we played tonight."

Back at Villa Park, Liverpool's youngsters were also boosted by the treatment they received from the home players and staff - with Dean Smith and John Terry going into the away dressing room afterwards to compliment them.

"The conduct of the Aston Villa players all night was first class," said Critchley. "The way they played the game and looked after our boys, and for Dean and John Terry to come in and say the things they did to that group of players in there.

"[They told us] just how difficult we made it for them and that they thought we had some really good players, to keep going and to wish us all the best for the future. It will be a moment we'll remember for the rest of our lives.

"There are still steps to make obviously. But they showed that there is potential in the future for some of them to one day play for us, in the Premier League, or at least have a career in football.

"They know this was just part of their journey tonight and there will be ups and downs along the way, but it was more of an up than a down tonight. It was enjoyably tough, and my overriding feeling is one of immense pride." 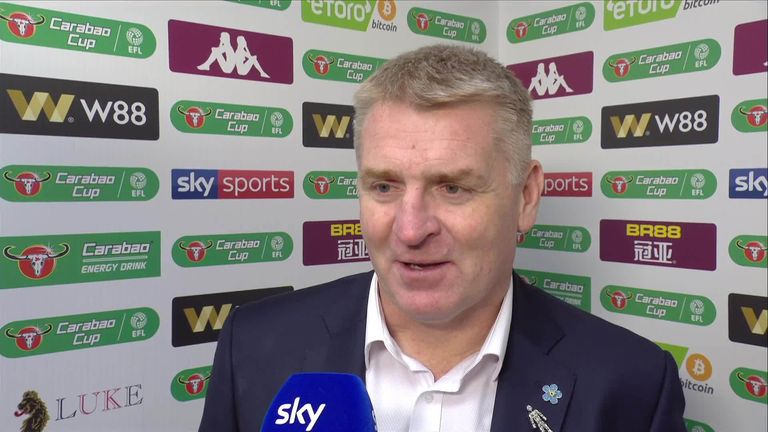 Smith's feelings were less clear-cut given the nature of the game.

"There was a weird feel about it tonight," he said. "It wasn't like it was a quarter-final. Everybody expected us to win the game. It was a little bit of a no-win situation for us today but we got a really good number of positives.

"But I've got to give the Liverpool kids credit because they were very good, technically-gifted players who were tactically switched-on and very well coached. They made it difficult for us at times.

"The objective was to get through and we've done that. It was a very professional display, I asked for a good attitude and I thought we got that today. I'm very pleased to be in the semi-final."