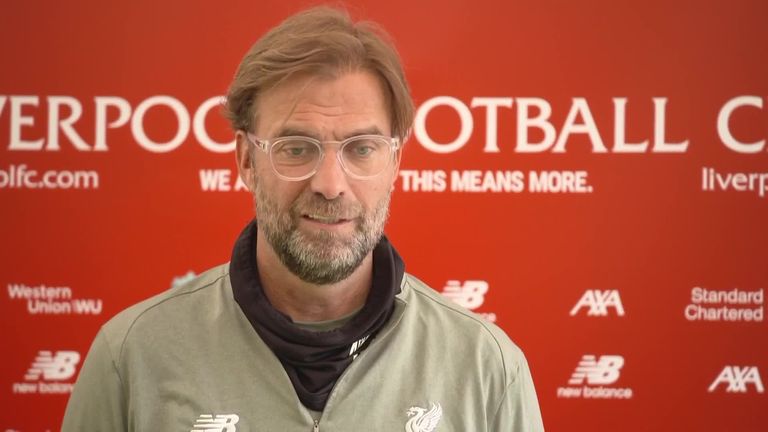 Jurgen Klopp believes the offensive banner which flew above the Etihad Stadium on Monday is "another sign we're not where we want to be", with a number of other Premier League managers having condemned the incident.

Police are looking into the incident after a banner which read 'White Lives Matter Burnley' was flown over the stadium just minutes after Manchester City and Burnley players had taken a knee in support of the Black Lives Matter movement.

On the incident, Klopp said: "It's an obvious thing that all lives matter, you don't have to mention that, it just shows you don't understand a thing. It's another sign that we're not where we want to be.

"We need to be more convincing, to create more knowledge and educate our kids earlier all about equality, and that we are all the same.

"We perhaps failed in the past but that is over now. There is obviously still people in this generation who don't want to understand and we saw that last night.

"It was a sign that obviously there needs to be more time taken to convince everybody." 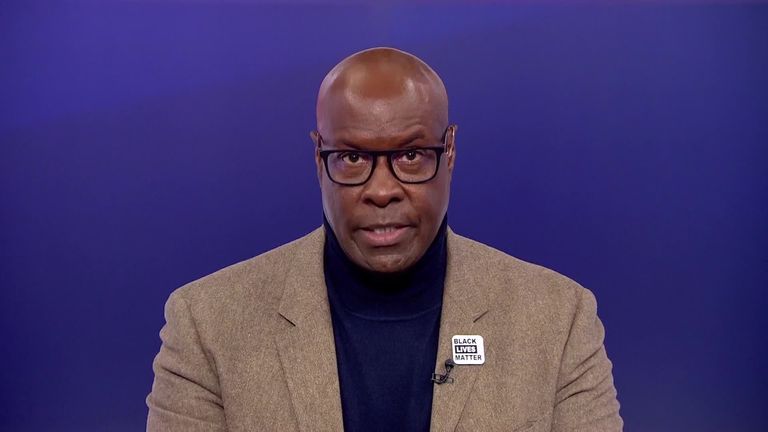 Sky Sports News presenter Mike Wedderburn has brought you our top stories for 22 years. He explains the purpose of the Black Lives Matter movement and why the banner was so offensive

The Liverpool manager's comments were echoed by Bournemouth boss Eddie Howe, who managed Burnley between 2011 and 2012.

"I thought the club's response was emphatic," he said. "I echo Ben Mee's comments, who I thought spoke really well after the game and I'm sure it's a very small minority of Burnley supporters who have done that.

"The majority of Burnley supporters who I met in my time there were fantastic people. On behalf of this club, we are anti all racism and discrimination."

Wolves head coach Nuno Espirito Santo says those involved in organising the banner have missed the point of the Black Lives Matter movement.

He said: "I saw it, and Burnley have already condemned the banner. My personal view is that it begs the question, do people understand the Black Lives Matter situation?

"They missed the point of the situation. Maybe there's a confusion because it is not about race, it is about life.

"What really matters is the respect for the next human being so as I have said before, I am very hopeful that the next generations will understand because you have to feel it. I have been seeing that it is possible to feel it, if you can see the way you see it.

"So let's hope that at the end, everybody understands.

"Maybe the message is not getting through, that's why I say it will take time. We have to keep on going because it makes sense." 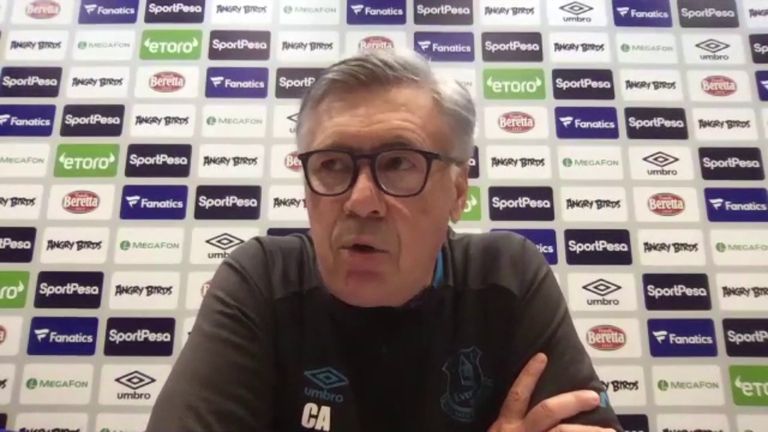 Everton boss Carlo Ancelotti also spoke about the racism he witnessed in Italy as manager of Napoli last season.

A number of players have been subjected to racism, including Napoli's Kalidou Koulibaly, Brescia's Mario Balotelli and Inter Milan's Romelu Lukaku.

Moise Kean was also targeted while with Juventus before signing for Everton at the start of this season and was welcomed to Goodison Park by a banner of support.

"There was a big fight last year in Italy around Brescia and I know when Moise Kean came here that our supporters made a banner to support him.

"So we are trying to do things and it is really important in 2020 that racist abuse is not acceptable."

Crystal Palace manager Roy Hodgson added: "I feel sorry for the club and the people of Burnley. There will always be rogue acts and will need to be dealt with when they occur.

"It reminds us there is still work to be done and there are still people out there who won't help what we're trying to do."