Craig Gordon has signed a two-year deal at Hearts, following his departure from Celtic.

The 37-year-old rejected a new contract offer on reduced terms from the Scottish Premiership champions and has opted to re-join the club he started his career at.

Gordon, who won six league titles, five League Cups and three Scottish Cups during a six-year stay at Parkhead, will link up with his new team-mates at Tynecastle when the Championship club return to training.

Gordon spoke over the weekend of his desire to play regularly to force his way back into Scotland recognition again. 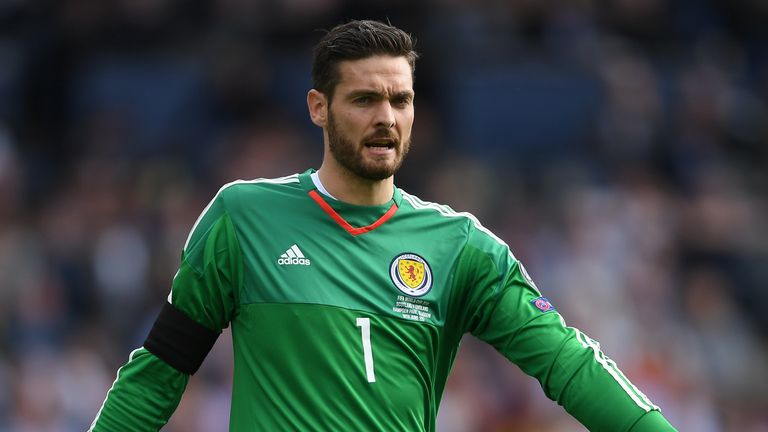 Scotland goalkeeper Craig Gordon is confident playing in the Championship with Hearts will not affect his international ambitions, after rejoining the club from Celtic.

"At 37, and with a few years in me yet, I just want to play the game I love, and have played for 20+ professional seasons," Gordon wrote on Instagram.

"Football can make for difficult decisions, but I'm looking forward to the next chapter and challenge."

Hearts academy product Gordon began his career at Tynecastle before moving to the Premier League with Sunderland in 2007 for £9m, which was a British record fee for a goalkeeper.

After his release from Sunderland in 2012 and subsequently two years out of the game with a knee injury, during which he enjoyed a period of coaching, he signed for Celtic.

Gordon won the last of his 54 international appearances in a 3-1 defeat by Portugal at Hampden Park in October 2018.