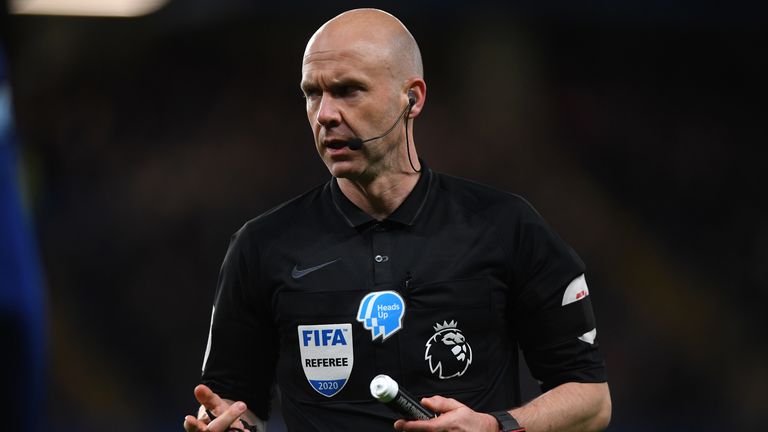 Premier League and EFL match officials are expected to receive their annual bonuses following the conclusion of the domestic season.

'Merit payments' are due to be discussed at a Professional Game Match Officials Limited [PGMOL] board meeting before the start of next season, on September 12, but the PGMOL has declined to disclose the amount of each bonus.

The bonuses, which have been paid in previous seasons, are made to the 'Select Group' of Premier League officials and 'National Group' referees, which include the Sky Bet Championship, League One and League Two.

Match officials are due to receive performance-related bonuses based on their place in a 'merit table', and therefore vary, following a season disrupted by the coronavirus pandemic.

Referees also work as Video Assistant Referees (VARs) but they are assessed by their performance on the pitch and not as a video referee.

EFL referees receive bonuses unless they have had a "catastrophic" season, according to court papers.

Documents from the PGMOL's tax tribunal against HMRC in July 2018 revealed that National Group referees received a bonus of up to £3,500 during the 2014-15 season, depending on their performance.

Referees' chief Mike Riley - whose evidence was described as "clear" and "helpful" by judges - informs referees of the size of their bonus 'pot' after each season.

"The distribution is otherwise based on a set number of "shares" which are split in the manner specified in the document, with the first ranked referee receiving the most shares.

"A further email is sent on behalf of Mr Riley after the end of the season referring to PGMOL's Board having confirmed the size of the pot. The maximum payment for 2014-15 was around £3,500 and the lowest was under £700.

"Mr Riley's evidence was that merit payments would be made as indicated unless the referee group had had a 'catastrophic' season, which he thought might happen if the EFL was dissatisfied with the overall level of service."

The Premier League, EFL and Football Association provides funding to the PGMOL each year, but the tribunal found: "There is no formal funding agreement with the members."

PGMOL turnover included £10.2m from the Premier League, £5.3m from the Football League and £3.7m from the FA, according to its most recent annual accounts.

The full cost of the implementation of Video Assistant Referees last season is expected to be revealed when the PGMOL publishes its accounts for the year ending July 31, 2020.