"I have been in football all my life. It is still the love of my life. And I think if we can better the game going forward, I want to be part of that. If in later life it does mean me donating my brain then so be it, if it's helping someone else". 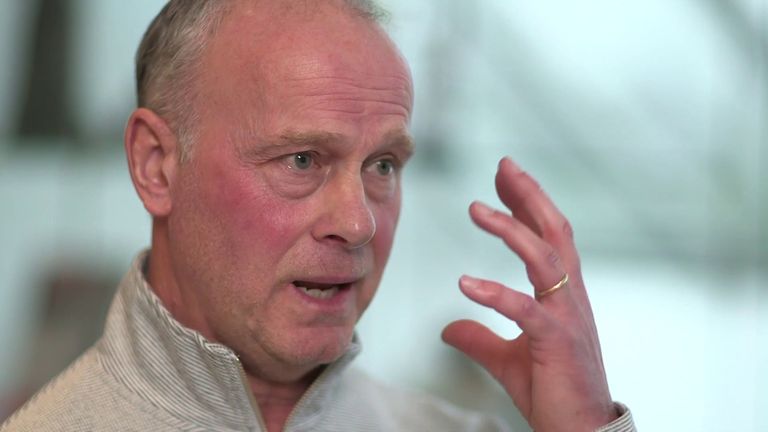 Former Norwich midfielder, Jeremy Goss says he would donate his brain for clinical research and is taking part in a study, monitoring ex-footballers for the early signs of dementia.

Norwich City legend Jeremy Goss says he would be prepared to donate his brain for dementia research, if it helps others.

Goss made nearly 200 appearances for the Canaries between 1990 and 1996 and is best known for scoring a stunning volley in a 2-1 win at Bayern Munich in the UEFA Cup in October 1993, arguably the most famous match in the club's history.

The former midfielder, now 55, is taking part in a study, monitoring former footballers for the early signs of neurodegenerative disease.

Although Goss played in the 90s, when footballs were far lighter in weight than the heavy balls of the 50s, 60s and 70s, he still suffered concussions from heading.

He told Sky Sports News: "I remember many a time when I was seeing stars just through heading the ball. I remember two occasions where I was actually concussed.

"On one occasion I had to go to the A&E in Norwich because the ball hit me so hard on the left side of my face. I couldn't see out of my left eye and I was literally staggering so that was the worst-case scenario for me.

"I have been in football all my life. It is still the love of my life. And I think if we can better the game going forward, I want to be part of that. If in later life it does mean me donating my brain then so be it, if it's helping someone else".

Goss believes in the professional game training could be adapted and monitored to better protect the brain welfare of players.

He is keen to give something back to future generations and is taking part in the SCORES study, which is being carried out at the University of East Anglia.

They already have 50 former professionals on board, including Norwich City's Iwan Roberts and Crystal Palace striker Mark Bright. Participants will have to complete a series of online tests, which analyse their reaction times and memory.

Research lead, neuroscientist Dr Michael Grey, said: "When we go up for a header and the ball comes into contact with the head, the brain inside the scull wobbles a little bit and it's that wobbling that causes the damage.

"So that little bit of damage each and every time we head the ball builds up over time to create the neurodegeneration we see later on in life".

The possibility of a link between dementia and football is a serious concern. Five of England's 1966 World Cup-winning squad either have or have had the disease and latest research suggests ex-players are three-and-a-half times more likely to die from a neurodegenerative illness. Resultantly there is now mounting pressure on the authorities to do more.

MP Chris Bryant, who is Chair of the All-Party Parliamentary Group for Acquired Brain Inquiry, is calling for screening for professional footballers on a regular basis.

"You would think that an industry such as football would want to do everything to protect its greatest asset, which is its players, both in this generation and in future generations," said Bryant.

"But frankly I feel that they haven't shown any interest at all. If anything, they have tried to sweep the whole thing under the carpet."

The FA has responded by saying it has tighter restrictions than any other country in the world when it comes to children heading footballs. But its priority now is to invest in medical research to determine whether there is a link between dementia and football.