Pogba was named on bench in Leipzig; Mino Raiola said on eve of RB Leipzig clash: "(Pogba) is unhappy at Man Utd, he can't manage to express himself like he wants to... He needs to change team"; Solskjaer takes blame for exit; Manchester derby live on Sky Sports next 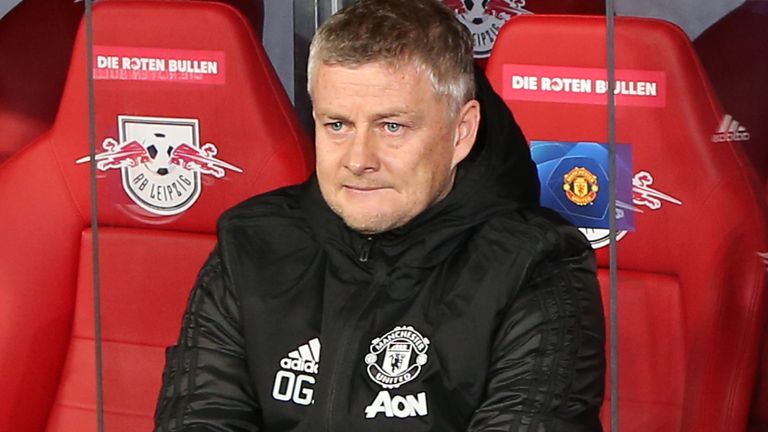 Ole Gunnar Solskjaer claimed his Manchester United side were "unlucky" in RB Leipzig and hit back at Mino Raiola over his comments regarding Paul Pogba.

Pogba's agent, Raiola, spoke out on the eve of the crucial fixture at Leipzig - where United were eliminated from the Champions League after losing 3-2 - insisting he needed to leave the club in the summer transfer window.

The France midfielder was named on the bench in Germany but came on and had a positive influence as United almost came from 3-0 down to earn a point, which would have been enough to qualify. 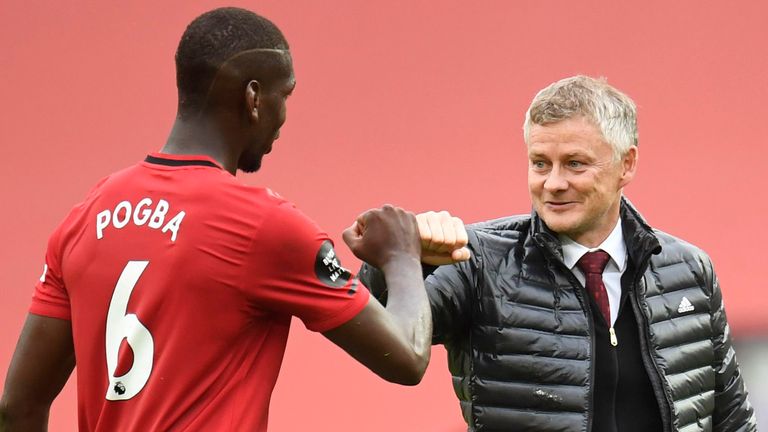 "The squad is fine - they're a team and they stick together," Solskjaer said.

"As soon as Paul's agent realises this is a team sport and we work together, the better. That's probably maybe the last thing I say on that. I don't want to spend energy on that."

When asked if Pogba is happy at the club, Solskjaer said: "You'll have to ask Paul. I'm not going to speak for him. Paul's focused on doing his best for the team. He's working hard in training.

"Now is not the time to discuss ins and outs at the club."

Solskjaer, who must ready his side for a Manchester derby against City on Saturday, live on Sky Sports, said his team were not good enough on the night but were unlucky in the end not to level the game at 3-3 at the Red Bull Arena.

He told BT Sport: "There was great spirit and comeback but we started too late. You can't give a team a 3-0 lead.

"I thought we were unlucky towards the end. The character and the effort was there.

"We weren't good enough. In a difficult group we started well but the big turning point was the defeat to Istanbul. That's where we lost points that we should have had.

"You can't feel sorry for yourself. We have to focus on Saturday."

Solskaer admitted he shouldered responsibility for a night on which he admitted his side "never got going".

"We didn't perform as a team well enough and that's always the manager's responsibility, to get everyone ready," the United boss said.

"Today we just didn't turn up until they scored the second goal. Suddenly then we started playing again.

"We had one chance maybe at 1-0 - Mason (Greenwood) had a good chance there - but after 2-0 we started playing.

"Second half was one-way traffic more or less and the one chance they had, they managed to score.

"So, 3-0 is going to be difficult but they all gave everything, very good character, effort. I can't fault anyone and we were close to getting the third.

"That would have been some achievement against a good team like Leipzig.

"It just didn't work for us. It is a difficult season, there are difficult circumstances this year and of course we were up for it and the character and effort I can't fault."

'Ole got it horribly wrong' 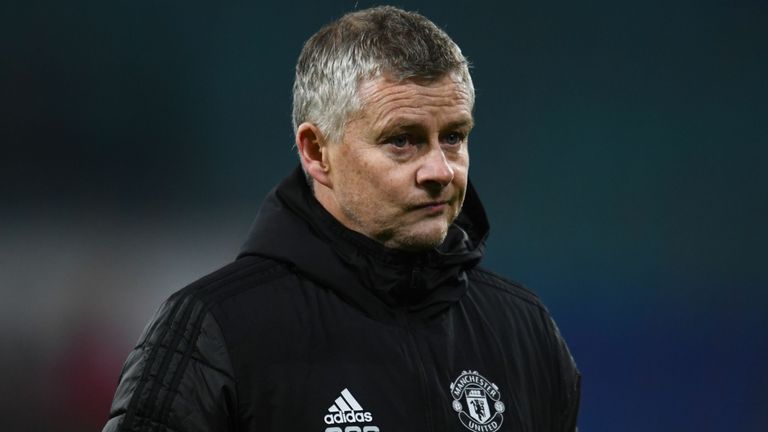 "This is Manchester United. They need to be in the Champions League, not Thursday night football.

"If Leipzig had won 3-0 you would have come away and said 'Leipzig are the better team, they played better'. But when he changed it around, it came back to 3-2 and could have easily been 3-3. That just shows you that he got it horribly, horribly wrong at the start of the game.

"No disrespect to Southampton and West Ham, sometimes you can give them a goal head-start, but you cannot give these teams in Europe a two or three-goal head-start. You are going to get caught out and they got caught out in a big game. They would have been better losing to West Ham because there are plenty of games left in the Premier League. This has gone now.

"The biggest team in the world, in my opinion, are out of the Champions League."