Lampard has come under pressure after four defeats in six Premier League matches, but the Blues boss revealed himself as a glutton for managerial punishment.

The 42-year-old believes he will learn more about himself and his players now that Chelsea must find a response to their recent slump.

"I came into this job expecting pressure," said Lampard.

"And I have to say my personality means that I'm weirdly quite strange, probably, you probably have to be to do this job at times.

"But when things are going well I put more pressure on myself, because I don't like things going well because I'll worry about what's around the corner.

"I worried about complacency with the unbeaten run, I was constantly under pressure myself about people telling me how great we were. 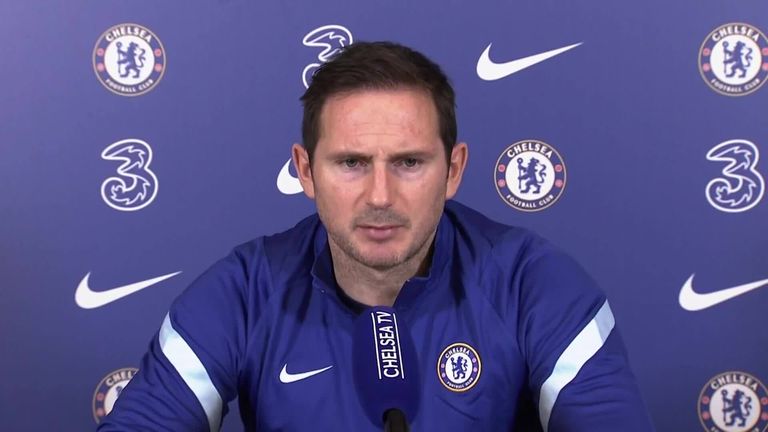 Chelsea head coach Frank Lampard admits he is concerned by the rise in positive coronavirus cases in the UK, even if his squad has not been affected in the most recent rounds of Premier League testing

"Now, of course, I understand the pressure heightens because I understand the expectations of a club like this, but I love doing what I'm doing and I never expected an easy run in this job.

"I've come to a huge club in the Premier League and world football in the process of a rebuild, that was never going to be an easy run. So I have to expect this situation." 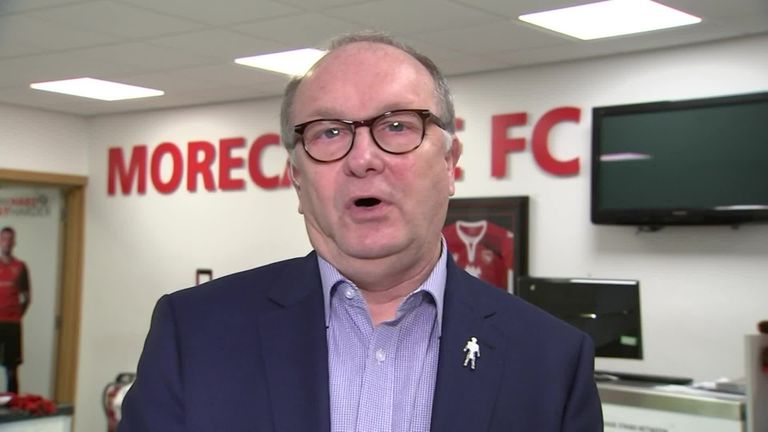 Chelsea briefly moved top of the Premier League table by beating Leeds 3-1 at Stamford Bridge on December 5 as Lampard's men revelled in a 16-game unbeaten streak.

The Blues have mustered just one win in all competitions since though, to slip to ninth - and heap the pressure on former Chelsea and England midfielder Lampard.

Chelsea will host League Two Morecambe in Sunday's FA Cup third-round clash at Stamford Bridge with a number of academy stars primed to step into a much-changed squad. Lampard knows he needs a victory, but has no qualms about keeping his players focused and full of confidence.

Asked if his current excitement helps him project an air of positivity and authority to his players, Lampard replied: "It's my job to be like that.

"I don't think there was a season I played at this club, for all the success we had over the years, where we didn't have difficult moments, and meetings, and a defeat, or a double defeat, or whatever a run of bad matches, a bad month, a bad period. "And when you're a squad that's growing and young and new and players that are coming in, those are the moments that test them and make them better players.

"So I can't sit here and say I have absolute belief that Kai Havertz, Timo Werner and Christian Pulisic are going to be top-level players as they reach and arrive in the prime of their careers, if I say that it's going to be an easy run for them. It's impossible in football.

"So I have to be one that states that to them, that keeps their chin up, keeps them working, understanding that reactions are needed in the tough moments.

"And then the rest is down to them. Because players will always be the ones that get you out of those moments, they have to go and perform."

Lampard admits he expects players who find themselves out of the side to be frustrated, but wants those on the fringes to do their talking on the training pitch to force their way into his starting XI. 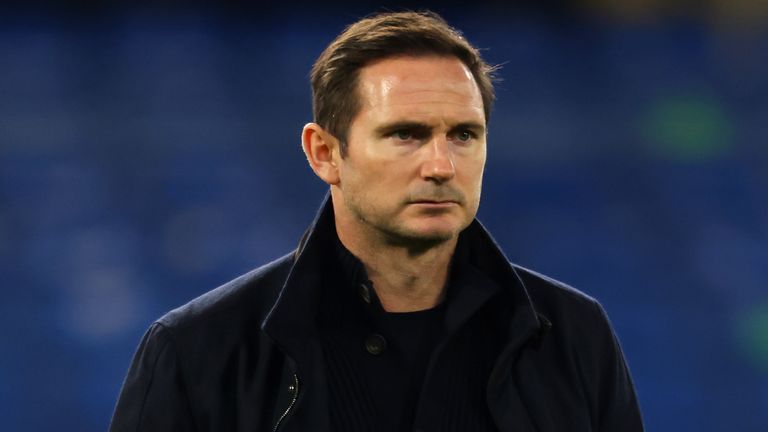 Frank Lampard is a ‘fighter’ and can deal with the pressure at Chelsea, according to former Blues striker Jimmy Floyd Hasselbaink.

The current Chelsea boss was central to club's most influential squad in his playing pomp, running the dressing room along with fellow senior professionals like John Terry and Ashley Cole.

While a clutch of managers had varying degrees of success in building relationships with that star player nucleus, Lampard now insists those dynamics were often overplayed.

"Having been in those squads I can say clearly how sometimes that the player power phrase got relayed to the open world and what was going on inside was not always the same thing," said Lampard.

"I hate relating back to my time with the club because everyone will get bored with that, particularly the players.

"Where we are at the minute is we have been off the pace of winning the Premier League for a few years.

"When you are in a rebuild you are searching for anything that can help this squad grow. When it is growing there are tough times. They have to react, they have to get over it.

"The players have to do that. I am looking closely at the players, as I look at myself because the players will do it on the pitch but I am always at the forefront of it.

"It's a big ask to ask players fresh to this club to be the players that have been here many years and have seen it all before.

Some of the best pictures from Cobham as we put together the finishing touches before the @EmiratesFACup 💙👊 pic.twitter.com/nWIr4xlMxz

"Other teams in the Premier League have that, we do not. So that's the first part of player power. The other part is the people talking negatively.

"I never came into this job thinking for one minute that I'm going to have a squad of 25 players or so who are going to be saying 'I love not playing football'.

"I realised pretty quickly in this job that whether we win or lose there will be players who will be wanting to play. Some will use that with real positivity, some maybe not so much."