By Nick Wright and Peter Smith

Mesut Ozil finally departed, joining Turkish side Fenerbahce on a free transfer and bringing an unhelpful saga to a much-needed close, while unwanted trio Sead Kolasinac, Sokratis Papastathopoulos and Shkodran Mustafi also headed for the exit.

Arsenal were reduced to paying out contracts and forgoing transfer fees in order to facilitate departures - something they brought on themselves by handing out long and lucrative deals to the wrong players - but the financial hits were necessary for Arteta as he attempts to put his own stamp on the squad.

The loan signing of Martin Odegaard from Real Madrid looks like a coup given his pedigree. The Norwegian playmaker, outstanding during a temporary spell with Real Sociedad last season, brings guile and creativity in an area of the pitch in which Arsenal lack depth.

In goal, Mat Ryan, a loan signing from Brighton, looks a far better back-up option than Runar Alex Runarsson having made 121 Premier League appearances for his parent club over the last four seasons.

There were rumours of a left-back signing which never materialised and there is still considerable work to do to transform the squad into one capable of competing for major honours but Arsenal's January dealings certainly felt like a step in the right direction.

What now for Dele Alli?

Undoubtedly one of the most talked-about transfers of the winter window was one which didn't happen: Dele Alli leaving Tottenham.

The 24-year-old has fallen out of Jose Mourinho's favour and made just one start in the Premier League this season. It's an incredible statistic considering the standards Alli has reached in the past and talk of a change of environment for him ran throughout January, with Mauricio Pochettino's Paris St-Germain an obvious destination.

While it seems the player and PSG were open to a loan switch, the preference at Tottenham has always been that he would stay and fight for his place and turn his fortunes around, just as team-mate Tanguy Ndombele has done.

With the window closed, that is the only option open to Alli now. The Euros take place this summer and he will no doubt want to win back his place in Gareth Southgate's squad after missing out on recent international call-ups but that is the least of his worries at the moment. Improving his fortunes at Spurs is the first step he must make.

Harry Kane's injury and Gareth Bale's below-par performance as his replacement at Brighton on Sunday could open the window for Alli - but he has to convince Mourinho he deserves a recall. There is hard work ahead for the one-time wonderkid if he is to come through this difficult period in his career. 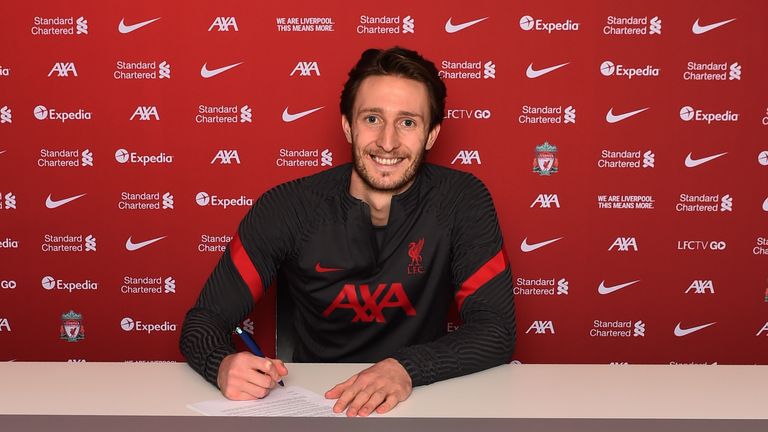 Liverpool left it late to address their injury crisis at centre-back but Deadline Day brought two additions as Ozan Kabak arrived on loan from Schalke with a £26.5m option to buy and Ben Davies signed permanently from Preston North End for a fee of £1.6m.

For Davies, who has never played at Premier League level, the move to Anfield represents a huge step up but it is an opportunity he will be determined to seize. From Liverpool's perspective, the 25-year-old was an affordable option who can provide immediate cover as he is not subjected to any coronavirus travel restrictions.

While Davies looks like more of a short-term solution, Kabak will hope to establish himself for the long-term at Anfield. The 20-year-old Turkey international is rated by some as one of the best young centre-backs in Europe and has been tracked by Liverpool for several years.

He has endured a difficult start to the season with Schalke, who sit bottom of the Bundesliga having only won one game out of 19, but the hope is that the experience will serve him well in the future and that the circumstances will not be quite so challenging at Liverpool.

Jurgen Klopp will hope to ease him into action as he adapts to his new surroundings, but with Joel Matip joining Virgil van Dijk and Joe Gomez on Liverpool's long-term injury list, it could be a case of all hands on deck in defence. How Liverpool would love their new centre-backs to hit the ground running. 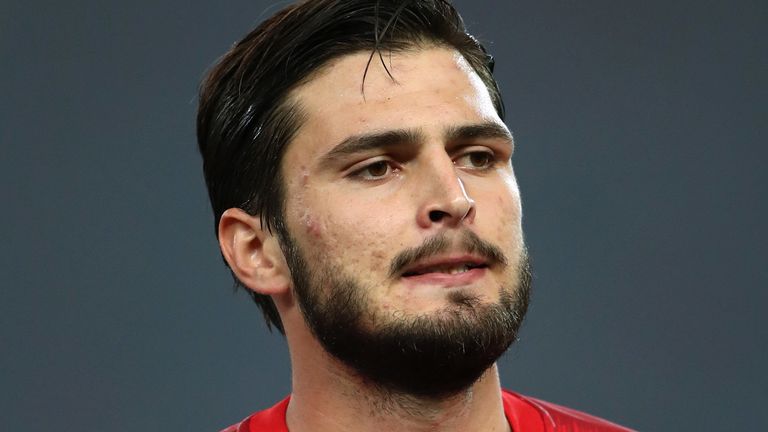 West Brom have completed the loan signing of Okay Yokuslu, and manager Sam Allardyce says the midfielder is willing to 'fight' against relegation

West Brom were the Premier League's busiest side in terms of incomings, the arrival of Ainsley Maitland-Niles on loan from Arsenal taking them to five signings in total as Sam Allardyce aims to pull off what would surely be his greatest escape.

The @England international has joined us on loan until the end of the season from @Arsenal.

West Brom are up against it having taken just 12 points from their first 21 games of the season, putting them nine points adrift of safety with games against Tottenham and Manchester United to come in the next two weeks.

But Big Sam hopes the new signings will help to reverse their fortunes. His efforts to tighten the Baggies up defensively have been unsuccessful so far - they have conceded 20 goals in their last six Premier League games - however, the new recruits could at least get them firing at the other end.

Yokuslu and Maitland-Niles should add technical quality in midfield, while Snodgrass brings Premier League pedigree in wide areas and Diagne boasts an impressive track record in Turkey and Belgium.

If Allardyce can do what he does best and make West Brom more difficult to beat for the remaining months of the season, they may now be equipped with the firepower and creativity they need to start tipping games in their favour. Survival is a tough ask but Big Sam has been here before.

A trend which has developed over the past few years and continued through this winter window is that of British players packing their bags and making moves to other major European leagues. It was a pathway unheard of not so long ago but has become a realistic option for players out of favour at their parent clubs or simply looking for a fresh start.

In the summer, Tottenham youngster Ryan Sessegnon made a loan move to Bundesliga side Hoffenheim, and Chelsea academy product Lewis Baker went to Trabzonspor on a similar season-long deal.

This time around, Demarai Gray, who has struggled for consistent game time at Leicester City, followed in the footsteps of players such as Jadon Sancho, Jude Bellingham, and Reece Oxford, and sealed a permanent move to a German club in Bayer Leverkusen, where he'll hope to reignite his career.

Fikayo Tomori has a long-term future at Chelsea, according to former Blues boss Frank Lampard, but in January he left Stamford Bridge for AC Milan on a loan deal which runs until the end of the season. The 23-year-old will be aiming to pick up vital experience in Serie A before returning to fight for a first-team spot at Chelsea in the summer.

One player unlikely to be in contention for a Chelsea starting place anytime soon - but who has been loaned out to a foreign team by the club nonetheless - is Danny Drinkwater. The Premier League winner has joined Kasimpasa, a mid-table team in Turkey, and will be desperate for game time after making just 17 top-flight appearances since signing for the Blues from Leicester in 2017.

Jesse Lingard has not made a single Premier League appearance since July of last year having fallen out of favour at Manchester United but his loan move to West Ham gives him an opportunity to revive his career.

The 28-year-old did not work with David Moyes during his brief spell in charge of Manchester United. He was on loan at Brighton at the time. But the West Ham boss knows Lingard's qualities and will be eager to harness the ability that saw him start five of England's six games at the last World Cup.

"I've wanted to try and get an energetic team and I think Jesse is known for his work rate and effort and I think he'll fit in nicely with what we've got," said the Hammers boss. "I hope he brings us a little bit of quality and a winning mentality from Manchester United."

Moyes also referenced Lingard's versatility, saying he could be used in central midfield, out wide or even, given West Ham failed in their efforts to sign an out-and-out striker, as a false nine.

What's certain is that he will get plenty of playing time at the London Stadium. If he can use it to recapture his best form, perhaps Gareth Southgate could tempted to draft him back into the England fold ahead of this summer's Euros.

Minamino and Saints a good match

There was plenty of excitement on Merseyside when Liverpool confirmed the signing of Takumi Minamino from Red Bull Salzburg last January. The Japanese international arrived at Anfield having shone against Jurgen Klopp's side in the Champions League.

Twelve months on, however, and he is bound for Southampton having struggled to live up to expectations under Klopp. Minamino only made four Premier League starts during his year with Liverpool and the loan move to St Mary's could be best for all parties.

Ralph Hasenhuttl will be well aware of Minamino's talents given the links between his former club RB Leipzig and Red Bull Salzburg, and his high-pressing, high-intensity style will be familiar to the 26-year-old too.

Minamino's biggest issue at Liverpool was the competition for places in attacking positions but he should find it easier to win a place in the team when up against Theo Walcott and Nathan Redmond rather than Mohamed Salah and Sadio Mane.

There will surely be less pressure on his shoulders on the south coast too. If all goes well and Minamino delivers the kind of performances that earned him a move to Anfield in the first place, he could yet return to his parent club and make his mark. Until then, Southampton will hope his presence benefits them.